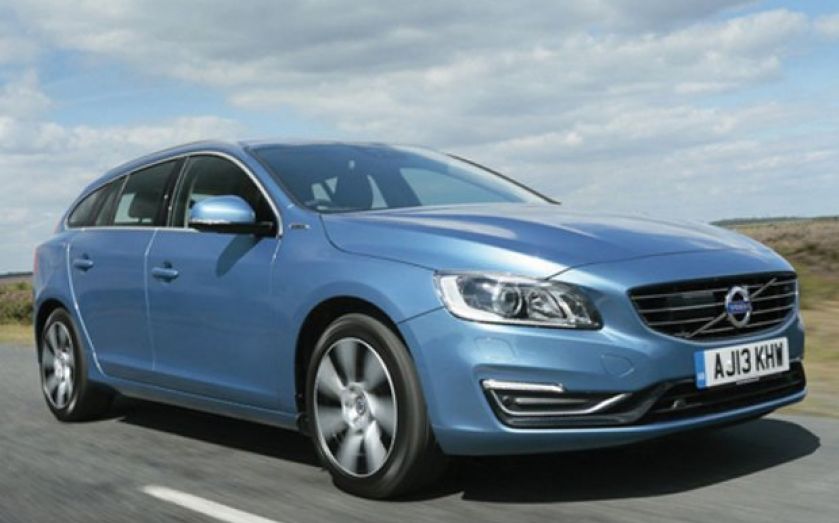 THERE was a time when the Volvo estate was thought of as the most sensible car imaginable, a large, boxy family vehicle parked outside a semi-detached house on a suburban cul-de-sac awaiting its sole function; ferrying children about as safely as possible. This is, after all, a company that announced a laudable aim that nobody can be injured by or in a Volvo car by the year 2020.

The older you get, the cooler Volvo’s sensibleness becomes. The latest V60 Plug-in Hybrid model is delightfully versatile. Designed as it is to enable you to flip between being a right-on, electric car-driving hippy and power-mad speed freak.

In fact, the car’s personality is split three ways. First up is Pure, the electric-only option, which in theory allows you to drive for up to 31 miles without charging. The idea is that you drive to work, plug the car in and you’re fully charged and ready to go again within three and a half hours. In practice we didn’t even sniff 31 miles using only electric. With the radio and air conditioning on, I went from Finsbury Park to Crouch End and back – six miles – before the efficient diesel engine kicked in. Never mind, in Hybrid mode, the electric motor teams up with the economical 2.4-litre five-cylinder diesel engine and promises a potential drive distance of 560 miles, emitting a pixie’s-fart 48g/km in CO2 emissions. If I wanted I could have gone all the way to see my family in Cornwall and back without refueling – though I didn’t get anywhere close to that as I spent the majority of the time hooning it about in Power mode.

Power mode is where the electric motor and diesel engine join forces to give the car the maximum 280bhp. It’s when the V60 is at its best – a little ironic considering the car’s eco promise.

In this mode of operation, the car can reach 62mph in a blisteringly quick 6.1 seconds. It’s a surprisingly thrilling car to drive, spirited and fast and thanks to all-wheel drive, it really sticks to the road.

Perhaps I should have known. From the outside, it’s no tedious dad-mobile. Long, lean and pretty mean, it has a sleek and sporty profile that hints at its power potential – but the Volvo badge threw me off the scent.

Inside, it’s the most luxurious Volvo I’ve ever driven. The stylish, Scandinavian-chic interior is geared up to ensure the driving is as comfortable and stress-free as possible. It is packed to the gills with reassuring safety gadgets, including a system that keeps you a safe distance from other cars by braking for you when you’re using the cruise control. Should you forget which mode you’re driving in, one glance at the instrument display will remind you; it changes style and colour depending on whether you’re channelling Pure, Hybrid or Power.

One disappointment is the boot. Volvo got a bit carried away trying to make the car as sporty as possible, and this resulted in too much of a compromise on boot space. Not that you’ll care – you’ll be having way too much fun.