Which London business pays the highest business rates? Harrods, Citigroup and HSBC- but it's not as much as the government's Home Office bill 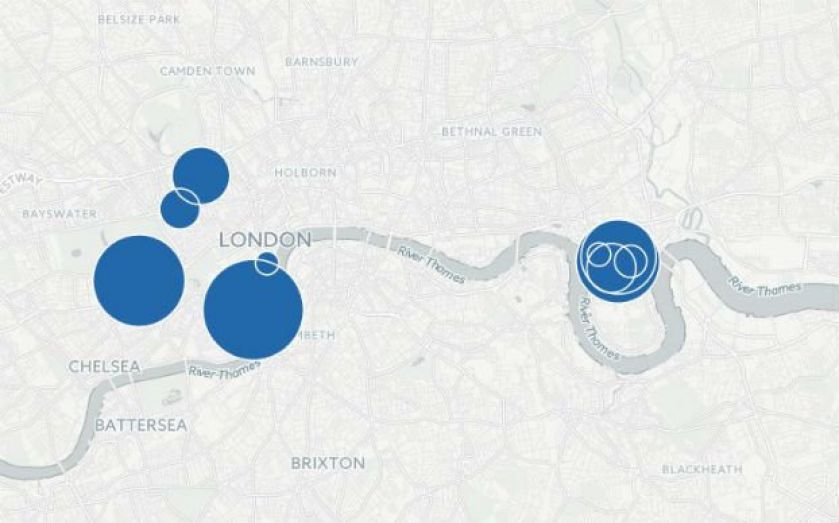 Harrods is paying the biggest business rates bill of any business in London while five banks are in the list of top 10 highest payers thanks to their Canary Wharf based UK headquarters.

The Knightsbridge retailer is paying £12.04m for it's in-demand and high-end location while fellow luxury store Selfridges is also paying the seventh largest bill in London at £10.23m.

However, neither banks or retailers are paying more than the government which has the highest business rates bill in London at £12.53m for the Home Office building in Whitehall. It also has to pay out £9.49m for the Ministry of Defence just around the corner while another public service, the BBC, has a bill of £11.23m.

Zoom in and roll over each location to see the cost. Click or tap to reveal which building is footing the bill.

The highest rates, which are based on the rental value of the property, are being paid in prime central London around the West End and at Canary Wharf by banks.

The business rates information is based on data from the Valuation Office Agency, compiled by the property firm Daniel Watney.