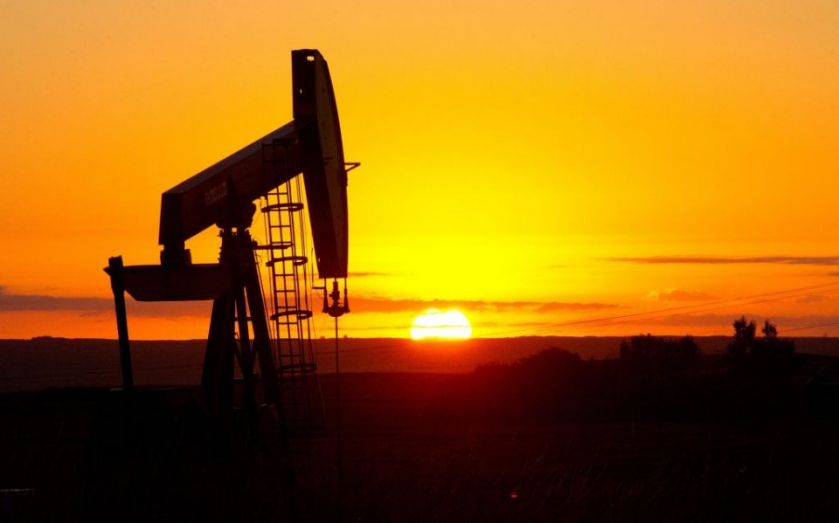 The price of Brent crude oil is at its lowest level in more than four years. It has dropped by around 40 per cent this year, and now sits at $64.44 per barrel – significantly below the $107.95 it reached in June.

With Opec – the Organisation of Petroleum Exporting Countries – predicting a surplus of 1.13m barrels per day in 2015, this price looks set to fall further as demand fails to meet supply. 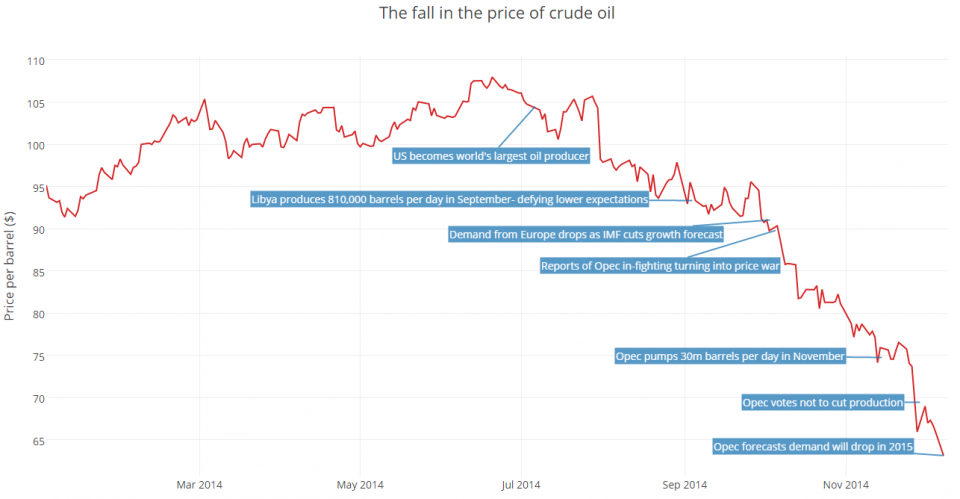 So who will be the biggest winners and losers? We look at what the falling price of oil could mean for people in the UK.

The cost of living will decrease…

Drivers will be enjoying the extra cash as they're charged less at the pumps. The fall in oil price will also help bring down the cost of gas and heating, meaning households should also be spending less on bills.

The graph below, based on data from the Department of Energy and Climate Change, shows how petrol and diesel prices are beginning to mirror the fall in oil – indeed, Goldman Sachs and Merrill Lynch have forecast prices at the pumps could fall to £1 per litre next year.

… so consumer spending will go up

If people are feeling better off, they will spend more. Retailers can hope to feel the benefit as consumers shift their money from fuel costs to spending sprees.

In the second quarter of 2014, households' largest outgoings were housing and transport, according to data from the Office for National Statistics. Some 23.5 per cent of household expenditure went on housing – which includes gas and heating bills – while 14.3 per cent was spent on transport.

Both these expenditures could decrease as oil prices fall, meaning consumers could spend more on, for example, clothing and footwear – which currently accounts for 5.6 per cent of household expenditure.

Companies such as Royal Dutch Shell and BP generate less money when the oil price is low, which may lead them to cut their dividends.

BP, for example, has already announced it will be make hundreds of job cuts over the next year due to the slump in global oil prices. Its share price has dropped over the last three months, by 17 per cent.

… but airlines and transportation companies will enjoy the cheap fuel

Falling oil prices are good for many companies as well as households – especially those which rely on oil for their day-to-day operations. For example, the price of aviation fuel is closely linked to the cost of crude oil, leading to increases in the share prices of airlines such as EasyJet and Ryanair.

For example, EasyJet's share price has risen 22 per cent since 1 September.

The Treasury will be left with a mixed picture

It's a mixed bag for the Treasury. On the one hand, the people on the streets will feel better off as the cost of living decreases. This could lead to higher consumer spending, which in turn leads to more money from VAT – which accounted for 13.26 per cent of government revenue in 2014.

On the other hand, however, returns from fuel duty will fall. The government currently takes 57.95p per litre in fuel duty, as well as a further 20 per cent in VAT. This is a significant revenue stream, as shown by the chart below, which could dry up along with the oil companies' revenues.

On the whole, though, the government is likely to be pleased. In the run-up to 2015's general election, the coalition parties will welcome the fact people feel less strained. It means consumers may buy bigger, more expensive things at Christmas – and may be be a little less scathing of the chancellor's austerity measures.