Best of travel: The luxury yacht with more toys than Hamleys 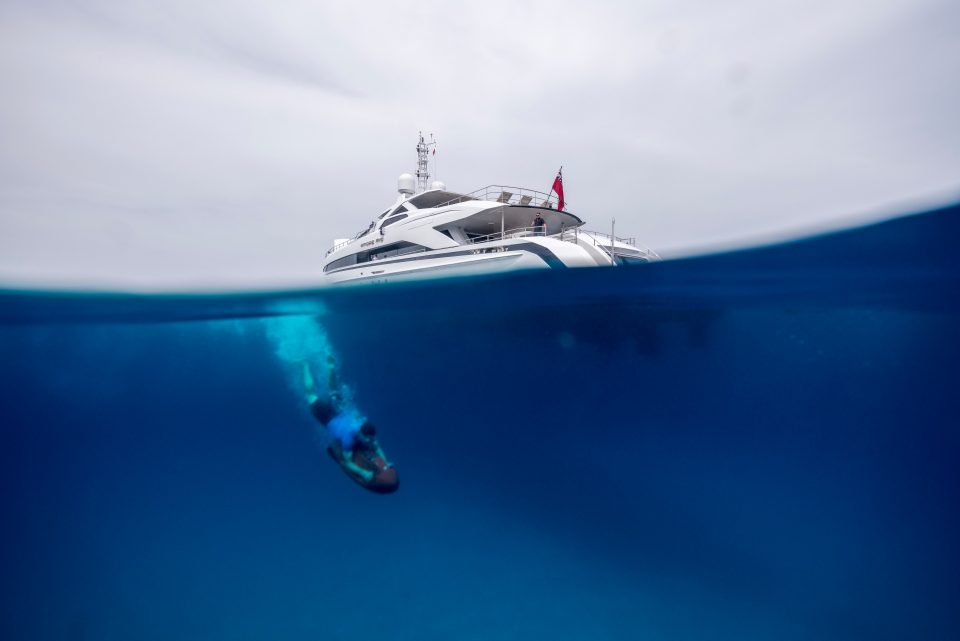 To tide us over until we’re able to travel again, we’re republishing classic travel stories from our archives. Today we revisit Adam Hay-Nicholls’ stay on what might be the best pound-for-pound yacht in the world.

Luxury journalism: It won’t make me a billionaire, but I do get to act like one on occasion. The 45-metre Amore Mio is one of the largest and most powerful ‘sports’ yachts in the world, and it isn’t available for charter. Instead, its owner – who shall remain nameless but, predictably, he’s Russian and in energy – and shipbuilder Heesen have invited me aboard to road test all its toys and gain insight into the lifestyle of a man who has everything.

Also Read:
Best of travel: The luxury yacht with more toys than Hamleys

I’m equally fascinated, though, in the captain of this £33m gin palace. American Tripp Hock was working in finance in New York City and, like so many workers stuck in an office cube, had a photo of turquoise seas on his computer desktop. But the push to move from the comfortable world of banking to crewing was, to say the least, rather uncomfortable: Then he got gored in Pamplona during the Running of the Bulls. It made him realise you only live once.

The Amore Mio is moored in Malta, so I fly into Valletta and check into the Phoenicia, the capital’s original and grandest five-star hotel. Malta has been tending to seafaring vessels for 3,000 years. In the 19th century it became a British colony, but chose independence in 1964 and in 1979 the Royal Navy withdrew from the large base it had built here. Spacious harbours and local expertise remain, and an advantageous tax rate was implemented, which makes it an excellent place to stow a superyacht.

My taxi driver was unsure of where to go when we arrived at the harbour. Just look for the biggest boat, I told him. There are, of course, megayachts that are much larger than the Amore Mio. Lürssen’s Azzam, owned by the president of the UAE, measures a bewildering 180m. But few cut through the water with such élan as the Heesen, thanks to its aggressive and efficient semi-displacement aluminium hull and ‘knuckle’ bow. Her twin engines produce a combined 7,620 horsepower. Top speed is 30 knots and she has a range of 2,750 nautical miles.

The sportiness doesn’t compromise space. There are five guest cabins, including the spacious and light-filled master suite in the nose. There’s accommodation for seven crew, with the captain getting his own cabin. The interior is warm, contemporary and sophisticated, using book-matched Canaletto walnut veneer, Breccia Perlato marble, Loro Piana fabrics, polished steel columns and sanded glass. There are four outdoor spaces: the sun deck, main aft deck, fore deck and lower deck. The 90 sq m sun deck is perfect for yoga and al fresco dining, and boasts a stainless steel BBQ the size of a hatchback.

“I play this game where if you can name a toy I don’t have, I’ll give you a euro. I’ve never given a euro to anyone.”

We sail out of the marina to St Elmo Bay, flanked by the sand-coloured Medieval walled city and St John’s co-cathedral to one side and the baroque Fort Manoel – which took considerable bombardment in WWII – to the other, emerging in the Mediterranean and taking a northerly course for the sparsely populated Gozo Island. Captain Tripp puts the power down and the Amore Mio leaves a thick stripe of whitewater in its wake.

Dutch yacht-builder Heesen turns 40 this year, and still specialises in speed and innovation. The first yacht it launched was 20m, and there have been another 170 since. Last year they built the world’s first hybrid-powered fast displacement yacht.

‘Yacht’ is, in fact, a Dutch word. It’s derived from ‘hunt’ – to hunt pirates, specifically – but these days it refers to pleasure craft, and Amore Mio fulfils the remit. It has a cinema and a plunge pool on board, but the things I’m most interested in are kept under the deck: a gorgeous six-metre Boesch mahogany tender, two 350bhp jet skis, four handheld Seabobs so you can motor across the ocean and down to the depths like a dolphin, a large inflatable slide that is hung from the top deck, and – most exciting of all – a flyboard.

Read more: How a relationship break-up spurred this founder to build ‘Ebay for travel’ to help flog unwanted holidays

Captain Tripp holds the title of Owner’s Representative, meaning he plays a key role in what materialises in the shipyard. He’ll advise clients who have the means but maybe not the time and expertise to chart a course through the lengthy and complex acquisitions and build process. Some boats are built to order, others on speculation; which means if someone wants a yacht right here, right now, they needn’t wait three years. That was the case with Amore Mio. Heesen is building nine yachts at any one time, and a third of those are on spec. It’s very strategic.

Part of the job is ensuring the yacht is crammed with every gadget imaginable. “This boat, in particular, is all about water toys,” says Tripp. “I play this game where if you can name a toy I don’t have, I’ll give you a euro. I’ve never given a euro to anyone.”

As the Amore Mio isn’t for hire, and its owner is very busy, Captain Tripp and the crew have the boat to themselves most of the time and Tripp has become a highly skilled flyboard rider. The flyboard has two boots with bindings and waterjets on the bottom. The water is propelled through a long hose connected to one of the jet skis. It’s rather tricky to maintain balance, but I managed to rise a few metres from the surface for, well, at least a few seconds.

This, and the actual sailing of the yacht, are Tripp’s favourite parts of the job, but it’s not all holiday. Superyacht owners are demanding people. To work here you need to be a constant concierge and a perfectionist. Also, things on boats are always breaking, technical problems need sorting, there’s accounting and budgeting, staffing, handling coast guards, customs and immigration, lots of paperwork and cheques to write.

Overall, managing a 360 tonne £33m yacht is a lot of responsibility. “It’s coming at me from all angles. The driving is one per cent of the job,” he says. “Still, it sure beats working in a bank.