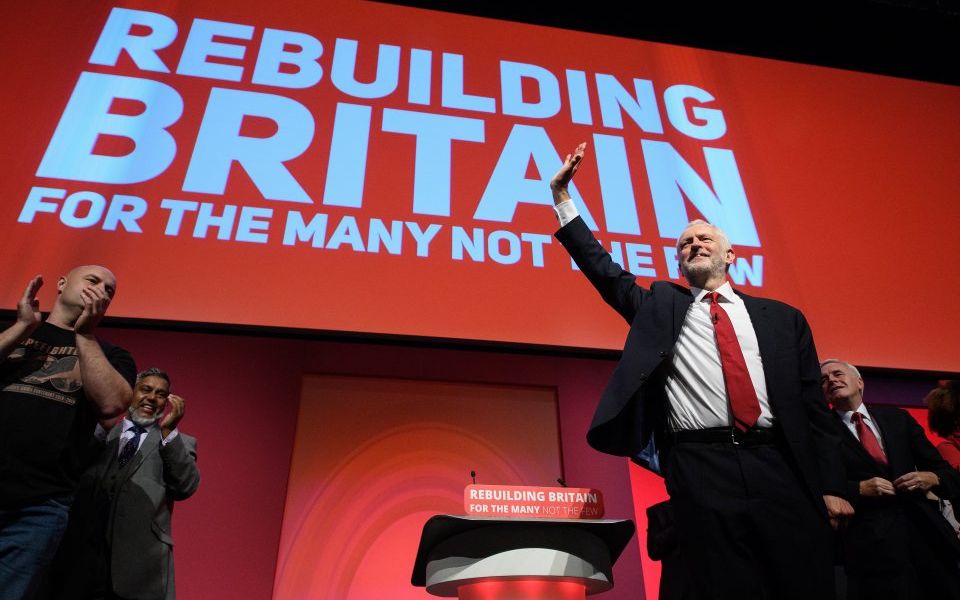 I started my week in Liverpool. It’s a great city. It’s got soul.

It’s got a clear identity. And it’s clearly on the up. In the past week, all those words could apply to the main opposition party that just might be capturing the zeitgeist of middle Britain.

Rubbing alongside those delegates partying by the Mersey was the largest turnout from the corporate sector at a Labour conference that I have seen since 2014. Remember autumn 2014? Back then, corporate Britain thought that there was a strong chance we might see Ed Miliband enter Downing Street the following year.

One year later, Labour was led by Jeremy Corbyn and business had dropped Labour like a stone. Quite frankly you didn’t feel welcome at the 2015 conference in the heady early days of the Corbynista ascendancy.

A further Labour leadership battle and another General Election since, and that self-conscious hard-left Labour party is now brimming with self-confidence and – more importantly – ideas. Those ideas are the problem.

Turning up at the business reception in Liverpool were a host of City names and FTSE-listed firms I had not seen for years. Shadow chancellor John McDonnell seemed to be going out of his way to charm the business world more than the delegates themselves. He is deadly serious.

If McDonnell were leading Labour right now, the party would be ahead in the polls. He has been giving interviews for some time now, making clear that he is “talking to the City”. The problem – for the moment – is that it remains a dialogue of the deaf. There is not a lot of common ground.

The plans that Labour launched this week continue to rip up property and shareholder rights, as well an approach to economics and markets that – over the long term – is better than anything else we have tried before.

But this is where the zeitgeist comes in. Labour could well be singing a tune that the country wants to hear.

This week I hosted a business dinner in Liverpool. Needless to say we cancelled our event in 2015. This year we had over 50 people in the room.

We heard from a number of senior Labour figures, including an unashamedly pro-Corbyn local authority leader. He talked about plans to create a local investment bank to “ensure the money raised in my area stays in my area and does not leave to the City of London and the global financial markets”.

Rather than being met with icy silence, a number of investors now want to get on a train out of London to hear more about his plans.

After a summer of torrid headlines about antisemitism, the Labour leader upped his game too. His carefully crafted conference speech reached way beyond the Corbynista bubble. This was no longer the homespun, hard-left stuff of the early days of Corbyn’s leadership. It had depth, coherence, and resonance.

I watched Labour’s broadcast on Twitter. From an objective point of view, it’s probably the most compelling message I have seen since Tim Bell’s famous “Labour isn’t working” slogan for Margaret Thatcher in 1979.

Prosaically, that was the moment when Britain turned outwards towards free markets. Corbyn’s performance could do the opposite.

The constructive ambiguity of Labour’s Brexit stance, the ugly antisemitism, the wrong-headedness of the economics – it’s all there. But this week, Labour appeared more cohesive and on message than I have seen since Corbyn became leader. He offered voters something to grasp.

On Sunday, I head to Birmingham for the Conservative conference. I am yearning for the Prime Minister to make the case for enterprise. If an election is coming soon – following a possible parliamentary meltdown on Brexit – an economic rollercoaster will be looming. She needs to get ahead of it.

Earlier this summer, one former Tory cabinet minister and leadership hopeful refused to disavow his comment “f*ck business”. Next week, the Tories need to reject such a philosophy and offer both businesses and the country something to believe in.