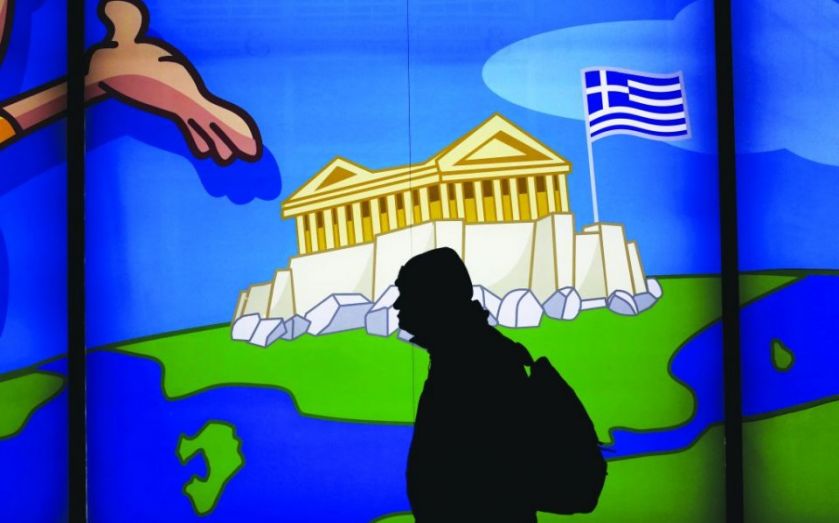 Greek finance minister Yanis Varoufakis has pulled out of City Week, cancelling his plan to speak to City and global investors about Greece.

Just last week his office was confirming that the high profile former professor would be giving a presentation, titled “Future of Europe: the Greek perspective” this afternoon.
But instead he is in Athens to deal with the aftermath of his Prime Minister Alexis Tsipras’ meeting with German Chancellor Angela Merkel.
“He’s cancelled the trip but it’s nothing to do with the event itself, it would be an important event to attend under different circumstances,” a spokesman for Varoufakis told City A.M.

“He has to stay here and be on alert because things are changing. It wouldn’t be proper for him to have a parallel event at this time. The circumstances are constantly evolving and he may have meetings to attend during the week to review the results of the Prime Minister’s trip to Berlin.”
Varoufakis’ slot on the agenda will be filled by Greece’s ambassador to the UK, Konstantinos Bikas.
However, Varoufakis has an unconventional approach to the crisis and to politics, and is considered something of a rock star in the sphere of fiscal policy – meaning a touch of star dust may now be missing from the event.
His dressed-down style has attracted comment from market participants more used to traditional suited career politicians, as has his past of plain-speaking on the topic of debt relief and crisis management.
Other speakers at City Week include HSBC chairman Douglas Flint, Treasury minister Andrea Leadsom and London Stock Exchange chief executive Xavier Rolet.
Standard Life and TheCityUK chairman Gerry Grimstone told City A.M. that the event comes at a time when the financial services sector needs to show the world it is not rotten.
“The thing chairmen like myself have to get across is that bad things do happen, but it tends to be bad people doing those things,” he said. “It is a real travesty for other people in financial services, to imagine that they are caught up in it.”

German tabloid Bild used yesterday’s visit to Berlin by the Greek Prime Minister Alexis Tsipras to publish a satirical Greek and German language front page – further sign of the strident coverage Greek leaders have received in the German press since talks began.
The newspaper, which has one of the largest readerships in the world, has been highly critical of the new Greek government but struck a more humorous tone yesterday by welcoming the Greek leader in his native tongue. But the paper’s “50 reasons Greece is near and dear to us” feature inside could not resist having a dig at the Greek leadership – Greek finance minister Yanis Varoufakis’ splendid Athens apartment was on the list alongside the Acropolis, democracy, and the 1974 overthrow of the Greek military junta.
Other sections of the press have taken an increasingly strident view of the Greek-German relationship this week. Weekly magazine Der Spiegel on Saturday published a photoshopped front page depicting Angela Merkel and Nazi troops near the Greek Acropolis during the wartime occupation under the headline, “How Europeans see the Germans: The German Superpower”. Tsipras yesterday said the front page was “extremely unfair for the Chancellor and for Germany".
Share:
Tags: Greek debt crisis People Yanis Varoufakis