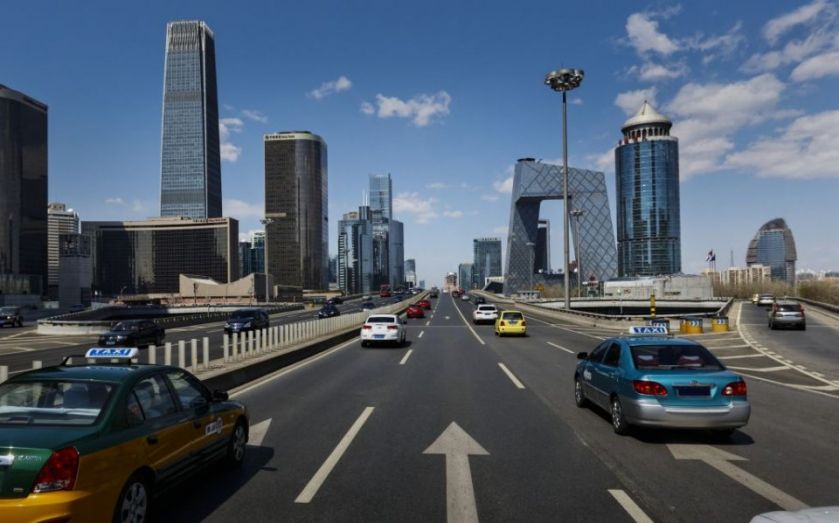 China might well be singing this Beatles tune all the way to the bank. For America has managed to fall into a momentous trap in its response to China’s rise as a global power. In attempting to shut Beijing out of the leadership of the world’s key economic and financial institutions, far from skilfully managing the challenge posed by China’s growing global clout, Washington has merely inflicted upon itself an entirely unnecessary wound. And the error is not simply one of judgement. It reflects a disturbing psychological flaw in how the US perceives this changing world. What has gone wrong?
The US has made two significant errors. First, China has made entirely reasonable efforts to play a greater role in the Bretton Woods institutions – the IMF and World Bank – but these have been clumsily rebuffed. The IMF is still headed exclusively by Europeans, for reasons that pass understanding, and have absolutely nothing to do with today’s global economic realities.
The US also won’t let go of its de facto veto over all IMF decisions, despite the fact that, while it remains first among equals, we live in an era of other rising powers. Even quite minor reforms, in terms of beginning to change IMF voting quotas to better correspond with today’s realities, have been endlessly hung up in the US Congress. The World Bank presidency, meanwhile, remains the exclusive preserve of an American. Why would China, growing at 7-10 per cent a year over decades, put up with this nonsense?
So Beijing has finally had enough, perceiving that, if it cannot be properly included in a reformed version of the old Bretton Woods order, it would simply create a new one. In place of the World Bank, China has just unveiled The Asian Infrastructure Investment Bank (AIIB), endowing it with a whopping $50bn in startup capital. As Asia has an estimated $700bn infrastructure investment shortfall, you would think an institution that could begin to plug the hole – contributing to long-term Asian prosperity, and thus tying it more firmly to the western-constructed global economic system – would be welcome.
You would be wrong. For the second American error was to try to cripple the AIIB. The US is panicking after the “unthinkable” has happened, and the world has begun to change without the US wanting it to. The Treasury Department’s strategy seems to be to try to head off Beijing becoming a rival financial superpower, even though that horse long ago left the stable.
Instead, in a clumsy, heavy-handed and utterly ineffective manner, Washington tried to browbeat its closest allies – the UK, Germany, France, Australia, and South Korea – into not becoming founding members of the AIIB. Based on its fundamental misreading of the world it actually lives in, the US has managed to alienate its allies, while failing to stop them from joining the enticing new institution. Rather than joining the AIIB itself, so as to have a say in setting the rules for the new organisation, the US has had a gigantic tantrum, outraged that others in the world would dare to act without following its lead. And China has scored a massive diplomatic success, due to America’s self-inflicted wound.
Why did the US ignore China’s warnings, and why is it stung and surprised when other nations decamp for China’s power play? This sounds like simple narcissism, but social psychologists recognise this lack of foresight (and the indignation that follows) as examples of attribution errors, mistakes in how we perceive ourselves and others.
The US is guilty of at least two of these errors.  Self-serving bias leads it to credit its triumphs to internal qualities – like intelligence, drive, or a “pioneer spirit” –  but to blame situational factors for its losses. The “just world” hypothesis, meanwhile, says that others’ success is due merely to circumstances, and their failure results from some character flaw. From here it’s an easy step for the US to persuade itself that its success, since it has come from an enduring source, will itself endure, but that the successes of others will be transient. These biases make it harder to predict accurately how and when influence and favour will shift.
At base, this is a psychological problem. US policymakers assumed the world would never really change, that history was for them and them alone. But history ordains that powers will rise and then fall, and attribution errors say we likely won’t see it coming. This keeps us blind as to what’s happening – right up until the tables turn. It’s time for America to wake up, to make significant reforms to the global governance system, and to entice China every chance it can – binding the country to the present western-inspired global system. Or Washington just might find the world continues to change, and not in its favour.
Dr John C Hulsman is senior columnist at City A.M., and president and co-founder of John C Hulsman Enterprises (www.john-hulsman.com), a global political risk consultancy. He is a life member of the Council on Foreign Relations and author most recently of Lawrence Arabia, To Begin the World Over Again. Lara Palay, MSW, is a psychotherapist who consults on clinical issues and social welfare policy. She lectures on clinical social work at Ohio State University, and is a managing partner at the Aldridge Palay Group.