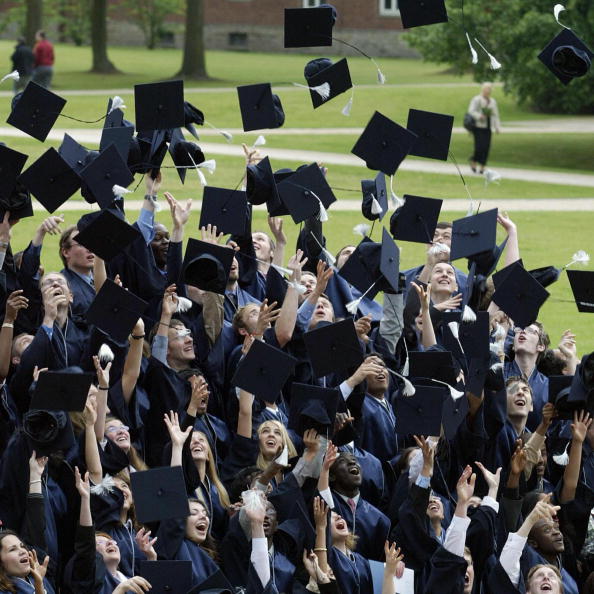 Universities and their students are seldom out of the news. Ever since Tony Blair pledged to send 50 per cent of 18–21 year olds to university, they have been a persistent topic in political economy.

University towns now notoriously favour Labour at the ballot box, often an island of red in a surrounding sea of blue. One of the few rational policies of Jeremy Corbyn in the last election was the commitment to write off student debt. It was an excellent way for him to gather votes.

A key argument put forward for increasing student numbers was the existence of the “graduate premium”. Over their working lives, graduates earned more than non-graduates, so the expansion of universities would be positive for both individuals and the economy.

Quite a few commentators at the time argued that this rise in graduate supply was unlikely to be met by a corresponding surge in demand. The graduate premium would therefore not persist, certainly not for the lower ranked universities. Why pay extra for something which is in excess supply?

This is exactly how it has turned out. Many graduates end up in mundane, low-paying jobs. The Office for National Statistics shows that 31 per cent of graduates have more education than is required for the work they are doing.

And what about the 50 per cent of the age group who do not go to university? It is ironic that the left-wing parties shed tears for indebted university students, who in general have more privileged backgrounds. They have little to say about the rest.

All school leavers at 16 must now stay in some form of education until 18. Most attend a further education (FE) college, often combining this with a part-time job.

A lot is heard not just about universities but about the impact of “austerity” on schools. But within the education sector, it is the FE colleges which have experienced the greatest cutbacks since 2010.

Here is a great opportunity for the government to both increase the level of human capital in the economy and be seen to be delivering for the “left behind”. There are already rumours that the chancellor is planning a big increase in spending on FE in the March Budget.

Investment in university students has gone well past the point of diminishing returns. In contrast, the neglect of the FE sector offers the chance of getting a real return on increased spending.

The obvious beneficiaries will be the young people who do not go to university. With extra skills, they can earn an “FE premium”. It may be modest, but being able to earn even £10 an hour instead of the minimum wage makes a big difference to the individual concerned.

There could also be major benefits to the economy as a whole. The UK is notorious for the so-called “long tail” of productivity. Many SMEs have low productivity levels, so increasing the quality of the labour available gives them the chance to address this problem.

Big spending increases on FE colleges, and less attention to universities, are win-win for the government.