UK government pays down £218m of first world war debt: How has the UK's debt changed through the ages? 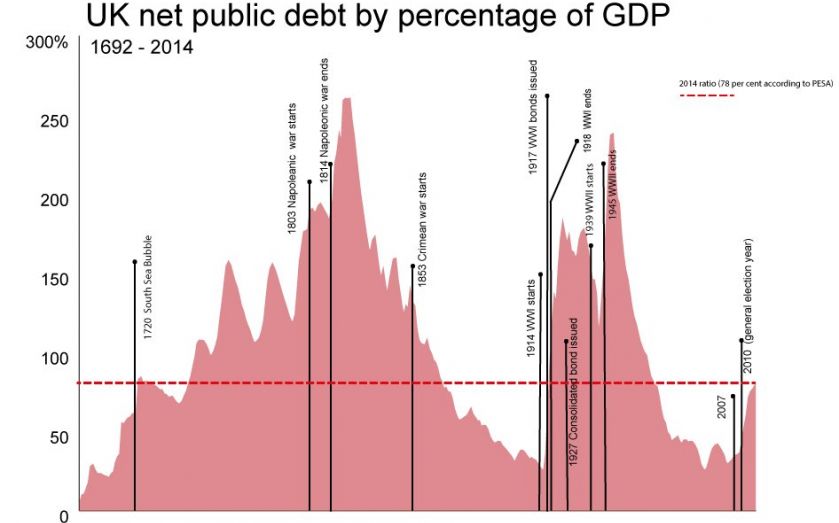 Britain is set to repay £218m of its first world war debt, the government has said.

Since the debt was incurred, the UK has paid around £1.26bn in interest. The loan is perpetual, meaning it has no set date for repayment.

In a move that hasn’t been made since 1967 the government has also decided to refinance the debt by re-borrowing at current rates. According to the BBC, the new rates are four per cent.

The UK government’s perpetual debt actually dates back to the Napoleonic and Crimean wars in the 19th century, and beyond: the government incurred some of the debt as a result of the South Sea Bubble financial crisis in 1720.

The above graph shows how the UK’s total public debt has changed since 1692.

As we can see, today’s public debt to GDP ratio is dwarfed by the levels reached in the aftermath of Waterloo, as well as the towering peaks surrounding the world wars.