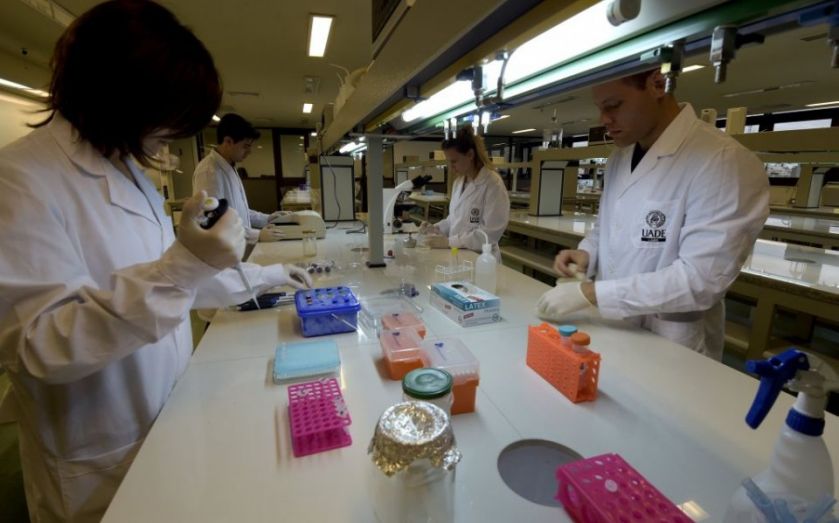 The amount of funding received by UK life science companies reached a 10-year high last year, indicating Britain is finally starting to catch up with the US in biotech.
Read more: The UK's biotech drain: This is why London's most successful startups are heading to New York
According to a report by the UK Bioindustry Association, $2.4bn (£1.7bn) was pumped into sector through venture capital over the 10 year period, while £923.7m was raised through flotations.
Read more: UK biotech company could transform treatment of genetic diseases with RNA technique
In 2014 alone, biotech IPOs brought the UK £408m – an eightfold increase from the year before. Investment, meanwhile, rose 71 per cent.
“Over the past 10 years, the UK’s biotech sector has outperformed other European countries,” the report said. “The rise in optimism has been most evident in 2014 with the momentum continuing into 2015.”
For years the UK has lagged behind the US, receiving very little investment while New York experienced such a biotech boom that  Nasdaq'a biotech index doubled in value over the last two years.
The pull of Nasdaq was too strong even for some of the UK's own companies to resist, with a number of budding life sciences firms moving over there to float in recent years, such as GW Pharmaceuticals and Oxford Immunotech.
[infographic id="209"]

The news comes less than a month after London Mayor Boris Johnson called for the creation of a £10bn fund to boost investment in life sciences, specifically to help London compete with New York’s biotech sector.
Among other ideas, he suggested introducing a multi-billion-pound pool of equity and debt finance, which could be tapped by emerging life-science companies.
Steve Bates, chief executive of the BIA, is optimistic about what's next for the UK:

It is clear that the UK biotech funding ecosystem has learnt lessons from its history and is doing things differently this time around.  We are seeing the development of different forms of investment for innovative UK companies.
In contrast to the more generalist US investors, the UK’s specialist investors understand the need for patience, restocking funds while capital is plentiful, giving well-backed UK companies more financial runway to succeed.