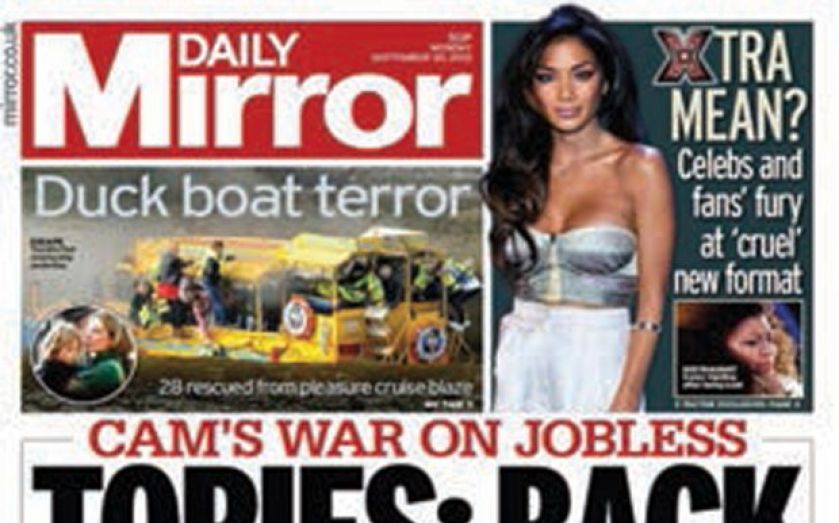 TRINITY Mirror revenues slid in the first four months of the year as the ongoing decline of print weighed heavily on the newspaper group. The company’s overall revenues slumped 10 per cent, exacerbated by an eight per cent fall in publishing revenues and a further 10 per cent fall in print income. Part of the decline was attributed to the firm’s decision not to raise the cover price of the Daily Mirror Monday to Friday edition, which contributed to circulation revenue falling by six per cent. The company also struggled to reverse the decline in print advertising, which fell 14 per cent. The declines, however, were partially offset by a 29 per cent rise in online revenues, driven by a 55 per cent increase in unique online users on an average monthly basis. The company continued to see strong cash flows and had a net cash position of £20m at the end of April, compared to net debt of £19m at the 2014 year end. The £39m net cash inflow during the period included £12m from Local World and £4m from Press Association. Shares were down 2.4 per cent to 184.25p yesterday.