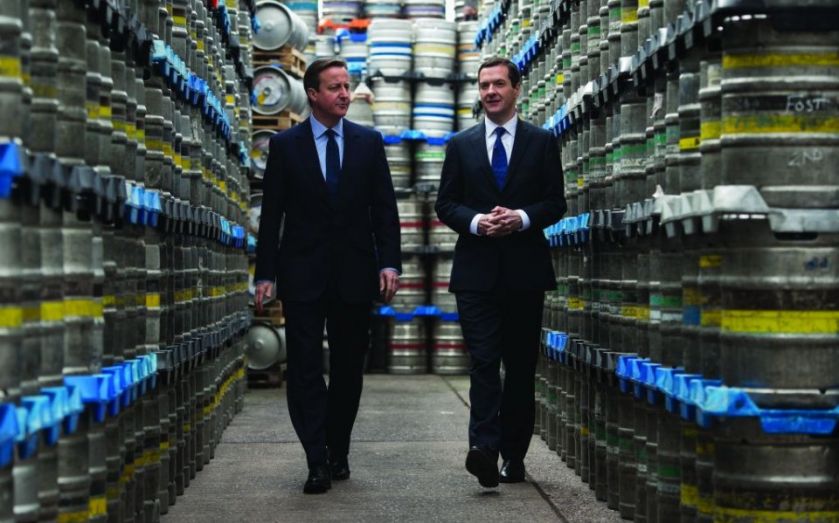 The Conservative party will today pledge a cast-iron guarantee that it will not raise the rates of income tax, National Insurance (NI) or VAT during the next parliament, should David Cameron be returned to Downing Street.

A law preventing any increase in the three taxes – which account for over 60 per cent of tax receipts – will be brought in during the first 100 days of a new Conservative government, the party says.

Labour quickly hit back at the campaign promise, with shadow chief secretary to the treasury Chris Leslie claiming the move was “a desperate last minute gimmick from the Tories which nobody will believe a word of.”

Labour is continuing to insist that the Tories will lift VAT.

In a return to traditional Tory-Labour sparring, Ed Miliband will today also accuse the Conservatives of planning a £3.8bn raid on tax credits as part of £12bn in cuts to the UK’s welfare budget.

Speaking in London, Miliband will say: “Another five years of Tory government will mean a plan to double the pace of cuts next year, a plan that puts your family budget, your NHS and our country’s future at risk.”

Yet Cameron will paint his move as a key election divide, saying: “When it comes to your tax bill: do you trust the people who taxed you to the hilt when they were in power and still haven’t come clean about the taxes they want to increase next time round?”

His party will also pledge not to add to the basket of goods that VAT applies to, nor to increase the ceiling for NI above the higher rate of income tax.

The ceiling refers to the point at which employee contributions fall from 12 per cent to two per cent.

The proposed Tory tax freezing law raises some fundamental questions over how the party will generate money for the Treasury, if it returns to government.

Some commentators believe that other, as yet unspecified, taxes may have to be raised to bring in revenue and cut the deficit.

Independent think-tank the Institute for Fiscal Studies (IFS) said last week that there was a £10bn gap in welfare cuts put forward by the Conservatives in its manifesto.

Yesterday, the IFS reiterated its criticism that the Tories are too reliant on income from unspecified tax avoidance measures to reduce the annual deficit.

The Conservatives have returned to their core campaign message on the economy this week, as polls show that the two main parties remain neck-and-neck ahead of next Thursday’s crunch General Election vote.

The party believes that putting the two potential PMs head-to-head gives them an advantage – hence Cameron contrasting himself against Miliband.

The new law will be linked to previous commitments to reduce taxes.

The Conservatives have already said that the personal allowance will be brought up to £12,500 and that nobody working a 30-hour week on minimum wage will ever pay income tax. The party also said it will increase the threshold for the 40p higher rate of tax to £50,000 by the end of the next parliament.