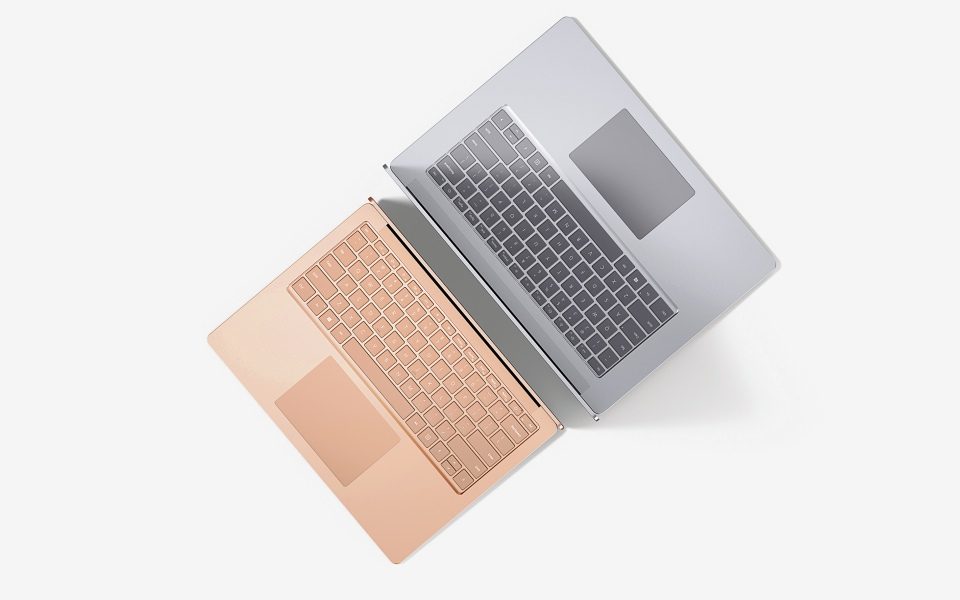 Microsoft’s Surface range of hardware has been around for seven years, but still manages to impress with each new device launched. Laptops that appear to have been sculpted out of single blocks of brushed metal. Tablets housed in alacantra keyboard cases. Two-in-one hybrids with skeletal, alien hinges, and gravity-defying desktop machines poised on silent hinges. Noise-cancelling headphones with striking silhouettes and even a mouse that folds completely flat. Whatever somebody put in Microsoft’s water in 2012, it hasn’t stopped working.

The newest addition to the Surface Laptop series – Microsoft’s answer to the Macbook Air – is the Surface Laptop 3. Available in a 13.5” and a monstrous 15” version, it’s as beautifully engineered as anything Microsoft has yet produced. It’s constructed from tough but light aluminium, with no seams or visible screws spoiling the view (though unlike Apple’s machines this device can be opened for upgrades and repairs). The smaller version measures 14.5mm thin and weighs a barely-there 1.3kg, going toe-to-toe with the vanishing dimensions of the Macbook Air. In fact, if it weren’t for the Windows logo on the back, you’d be easily mistaken.

Read more: The best smartwatches of 2019: Here’s our pick of this year’s top wearables

Smart, small details make all the difference here, such as the imperceptibly concave keyboard keys. They have a hair’s breadth more travel than the rival’s board, but that amounts to a typing experience that’s noticeably more pleasant to work with over longer periods of time. The screen is flush with the base when closed, but can be easily lifted open with a single digit. Both laptops feel reassuringly sturdy, but the 15” especially feels like a tank. Throw it in your bag and it’s the rest of your stuff you should be worried about.

Much improved microphones and decent sounding speakers are useful for video conferencing and entertainment on the go, as is the sharp, high-resolution display. The screen is taller than usual, nearer to A4 paper than widescreen, leaving movies with letterboxing but granting tracts of real estate for doing actual work. In terms of resolution the screen falls just shy of the MacBook’s class-leading Retina Display.

Inside, however, the Laptop 3 leaves its closest rivals eating dust. Every configuration uses Intel’s 10th gen processor, two generations ahead of Apple, and it shows in performance. The laptop didn’t break a sweat when editing video and audio, and while the integrated GPU will start to chug if asked to deal with high-end games, this powerful little machine could more than handle mid-range titles.

For those in search of Windows software running on Apple-grade hardware, the Surface Laptop 3 is your best option.