For many Londoners, the idea of buying a place in Camden is about as realistic as buying Kensington Palace – but that's about to change, after the launch of a set of pint-sized homes in the borough.

Developer Pocket has just put its Oak Grove scheme on sale. At just over 400 sq ft, the 13 one-bedroom apartments are small – but they also start at a decidedly affordable £264,000. That's 20 per cent cheaper than the local market.

Each apartment comes with features such as clutter-busting storage cupboards outside the front door and bike parking.

Pocket focuses on building homes aimed at couples and single people who earn too much to qualify for social housing, but are priced out of buying on the open market. The homes will only be available to those who have lived in the borough for a year or more. And they can only be sold on to someone who meets the same criteria.

Small but perfectly formed? The living area of one of the homes (Source: Pocket)

Don't live in Camden? Never fear. The company, which has already launched schemes in Kensington and Hackney, has projects on the cards in Kentish Town, Brixton and Southall. Altogether, it reckons it will spend £500m on building new homes in the capital over the next decade.

"London is an economic powerhouse but if people are force to move out… in search of affordable housing then its continued prosperity and creative edge will be put at risk," said Marc Vlessing, the company's co-founder. 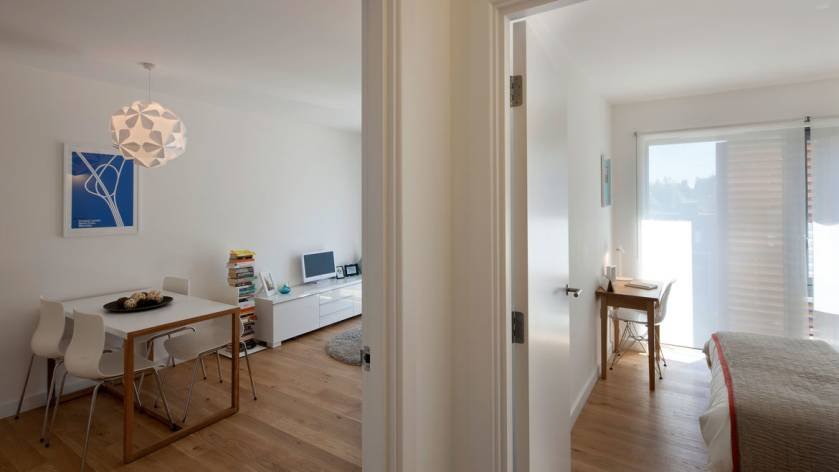