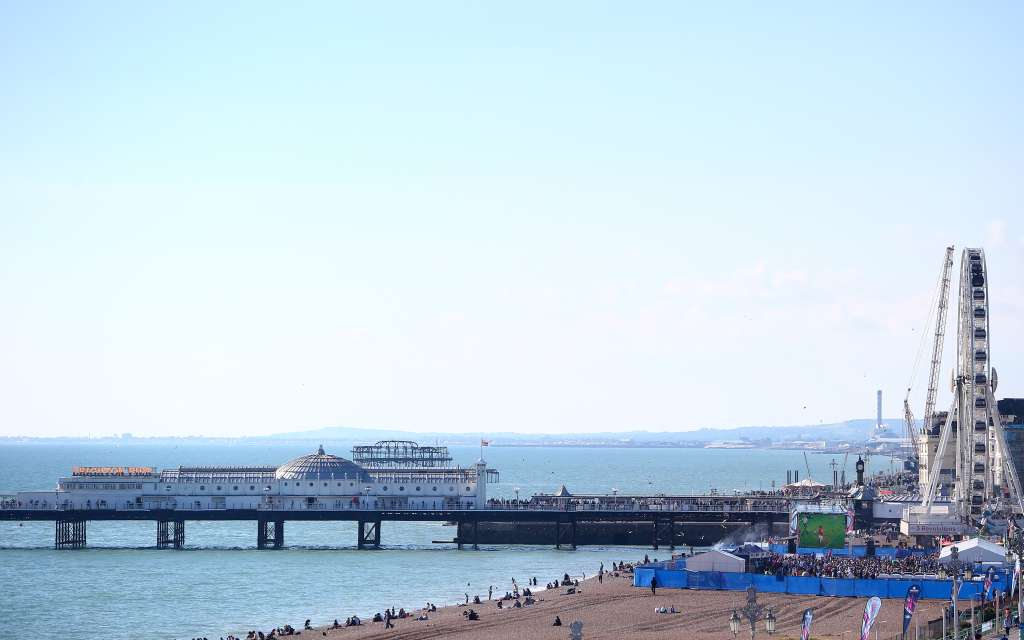 “Coming from London,” a local journalist asked me as I stepped off the train at Scarborough last week, “do you just see us as a back wash of the Yorkshire backwater?” I was too taken aback to even consider an answer, let alone snap back that I was actually brought up in Derby, went to university in Birmingham and was a relative newcomer to the capital.

His point, however, is probably a valid one. To those of us who call London home – either our native or adopted one – Scarborough probably conjures images of quaint sandcastles, ice creams and arcade games. The plight of British seaside towns has been well-documented. EasyJet and Ryanair have killed off the cheap British getaway, and, with tourist numbers dwindling they have struggled. There is a reason Banksy chose Weston-Super-Mare for his recent Dismaland exhibition.

But there is something of a renaissance underway around the British coast. And London needs to watch out. Brighton & Hove, the eighteenth most populous city in the UK, was behind only London, Birmingham and Manchester in the number of business start-ups last year. With housing a notorious problem in the capital and the quality of a life by the sea holding a distinct appeal, places like Brighton and Scarborough think they can rival the capital as the go-to destination for graduates, young professionals and entrepreneurs.

Read more: Record number of graduates are being hired

What holds them back, however, is perceptions. Tech entrepreneur, Peter Wilkinson, who is leading plans to create a specialist engineering University Technical College (UTC) in Scarborough, believes that “once we persuade people to come here, they won’t leave.” They aren’t empty words – Wilkinson, worth an estimated £350 million, still lives in Yorkshire.

The problem is too few people can be persuaded, and the brain drain itself remains a problem. More than half of all graduates from Yorkshire and the Humber leave the region. Among graduates from the very best universities, the number is even higher. Policy Exchange pointed out the challenge last year and suggested the success of technology firms and digital start-ups outside of London depends on solving this problem, before the magnetism of the capital becomes too strong to resist.

That’s why projects like devolution, the chancellor’s Northern Powerhouse drive, HS3 and the creation of specialist further and higher education centres are so vital. We all know it is a myth that the only place to be a coder is Old Street, a financier Canary Wharf, or launch a pop-up is in Hoxton – and the rest of the country is starting to shout about it.

The strength and vitality of businesses large and small across North Yorkshire is testament to this. Last week 3,000 schoolchildren poured into an employment fair to find out more about Scarborough’s engineering and hi-tech resurgence. Regional specialisation like this will drive new domestic and international investment into the region.

A one-size-fits-all approach doesn’t allow for cities to take off in different directions, competing against each other for new businesses, and against London and the world’s other great cities in certain areas. Dundee is a world leader in video games, Manchester in media, Cambridge in science. In each, the region’s home-grown graduates went on to start their own businesses, create jobs and revitalise the economy. If Scarborough can harness that same energy and enterprising spirit, develop a world-leading STEM education environment, create high-tech, high-skill jobs, then home-grown graduates will no longer feel the need to pack their bags and eighteen never to return.

This is good for London. The capital needs competition from towns and cities a train ride away, not just New York, Hong Kong and Tokyo. At less than three hours from London, Scarborough may feel like a distant land, but to investors from countries as sparse as China and the US, it is barely worth noting.

When I left university, having spent twenty-one years in the Midlands, I didn’t give a second thought to moving to London. That pull of the capital is not going to end any time soon, but towns and cities across the rest of the country are fighting back.