The Week Ahead: March kicks off with the Budget, Aviva, Zoom and Vroom 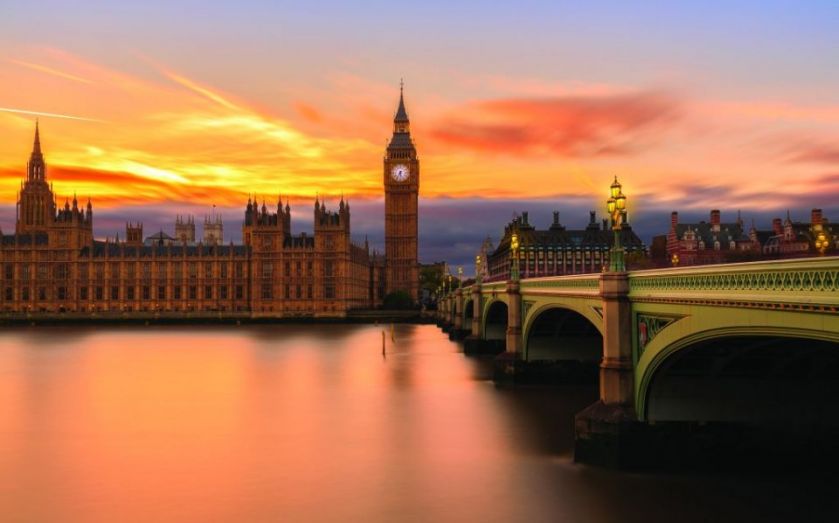 March has arrived and City A.M. looks at what the first week of this month has in store. First of all, of course, there is the Budget this Wednesday.

It’s the most important week of the year for Chancellor Rishi Sunak as he outlines the outlook for the UK economy over the next few months. He is under pressure from all sides to not raise taxes and cut spending too soon, even as optimism rises over an economic reopening.

An extension of furlough, is widely expected, along with the continued suspension of business rates, and the temporary reductions to VAT, commented Michael Hewson, chief market analyst at CMC Markets UK, this morning.

“There is a fear he could well raise corporation tax, from its current low level of 19 per cent, or at least set out a timeline to do so,” said Hewson.

Because with government borrowing set to top £300bn this fiscal year, there have been calls in some parts for Sunak to start looking at measures to try and plug the gap between spending and tax revenue.

“While this is entirely understandable given the size of the deficit, as well as the increase in national debt, one has to question whether doing so might actually make any recovery that much more difficult,” Hewson said.

But before it’s Budget day, eyes are on Zoom’s Q4 results later today. As one of the big winners of 2020, Zoom has seen exponential share price rises as a result of the pandemic. The company only came to market at the end of 2019, at $36 a share with a valuation of $9bn.

“The biggest concern at the time was the technology was easily replicable, but unlike a lot of its IPO peers at the time Zoom is profitable, which automatically set it apart as a company worth watching,” Hewson recalls.

There was also the fact that a lot of its competition in the form of Webex, LogMeIn and Skype were still pretty mediocre, and had products which weren’t really core offerings, he added.

For comparison, in Q1 revenues came in at $328m, with the rise inQ3 revenues coming about as a result of exceptional growth in the less well-established markets of Europe, the Middle East and Africa which saw revenue growth of 629 per cent.

“The shares have come off the boil in the last few months from their almost $588 peaks back in October, as the prospect of an economic reopening and a successful vaccine rollout suggests that business might start to slow,” Hewson said.

There is no doubt that Zoom has done very well, however there have been signs of growing pains in terms of its infrastructure, which may well need some investment to improve its resilience, after some outages back in August last year.

“In light of these gains and the current valuation there is a sense that while Zoom has done very well this year, questions do need to be asked as to whether the company is worth over $120bn,” Hewson said.

For a start, Zoom’s success has prompted its competitors to up their game, so the fledgling company could find it has to work that much harder to stand still as time goes by.

This could well put the current valuation under slightly more scrutiny, amongst questions as to whether it is sustainable at current levels. Hewson thinks Q4 profits are expected to come in at $0.78c a share.

When Taylor Wimpey reported its Q4 numbers in January the initial reaction was a little underwhelming. Total completions were down 39 per cent, to 9,609 in 2020, primarily due to the lockdowns at the beginning of its financial year.

“This seems rather a big fall when compared to its peers, and perhaps explains the share price reaction,” Hewson pointed out.

As for the outlook, management were fairly bullish back in January with expectations that margins could well improve to 21 per cent to 22 per cent, and 50 per cent of the order book forward sold.

“I can also expect to see a recommencement of the dividend in 2021, starting with the 2020 final dividend, though it was notable that they didn’t completely commit to it,” Hewson said.

“This week’s full year numbers could change that, along with reviewing the 2021 special dividend for payment on 2022,” he added.

Another recent development we’ve seen in online shopping has been the rise of online car retailers, Hewson told City A.M. this morning, with Vroom being the best example of that.

Last year Vroom launched an IPO at $22 a share to great fanfare in the belief that consumers would feel compelled to shop for a new or used car online, without actually test driving it.

“We’ve seen it here in the UK with Cazoo, which could well go down the same route in an IPO, which is also spending lots of money on shirt sponsorship in the Premier League,” he said.

In Q2 the company posted a bigger than expected loss of $63.2m. Q3 guidance was also disappointing with the company estimating an even bigger loss than the one we saw in the last quarter, he continued.

“While the idea of an online car business seems a compelling idea, one only needs to look at sector peer Carvana’s recent numbers to see that this particular market is a challenging one,” Hewson concluded.

When the company reported back in August, new CEO Amanda Blanc indicated that the main focus of the business going forward would be on the company’s core markets of UK, Ireland and Canada.

Since then, there has been the sale of its Singapore business for £1.6bn to Singlife and a consortium of other buyers, as well as the sale of its Italian business Aviva Vita in November for €400m, and the Hong Kong and Vietnam businesses in December.

“In November, there were early signs that this new strategy was paying off with £1.2bn of net inflows from the UK and North America,” Hewson pointed out.

“There was a similar improvement in other areas of the business with UK and Ireland Life new business sales up 40 per cent, while claims fell to £100m,” he added.

He thinks this week’s main focus is likely to be on the final dividend after the 7p interim dividend which was announced in November, with expectations of 14p a share.

Having paid a second interim dividend of 70p in December, house builders have been able to absorb a lot of pandemic bad news.

In January, Persimmon followed this with another decent set of numbers for its most recent quarter, with new completions only running slightly below the levels of last year at 13,575.

Average selling prices were slightly higher at £230.5k, however that wasn’t enough to prevent a slight drop in revenues to £3.33bn, Hewson pointed out.

“Forward sales on the other hand are running well ahead of last year at £1.69bn, helped largely by buyers looking to get in ahead of the expiry of the stamp duty holiday at the end of this month,” he noted.

Profits are also likely to be impacted by the setting aside of £75m in its 2020 results to address any outstanding cladding issues, and complete any safety work that needs to be done on 26 buildings that it has built over the past few years, Hewson concluded.

Also Read:
The Week Ahead: March kicks off with the Budget, Aviva, Zoom and Vroom
Share
Tags: Aviva Budget 2021