The Lighthouse film review: Robert Pattinson and Willem Dafoe shine in this tale of madness at sea 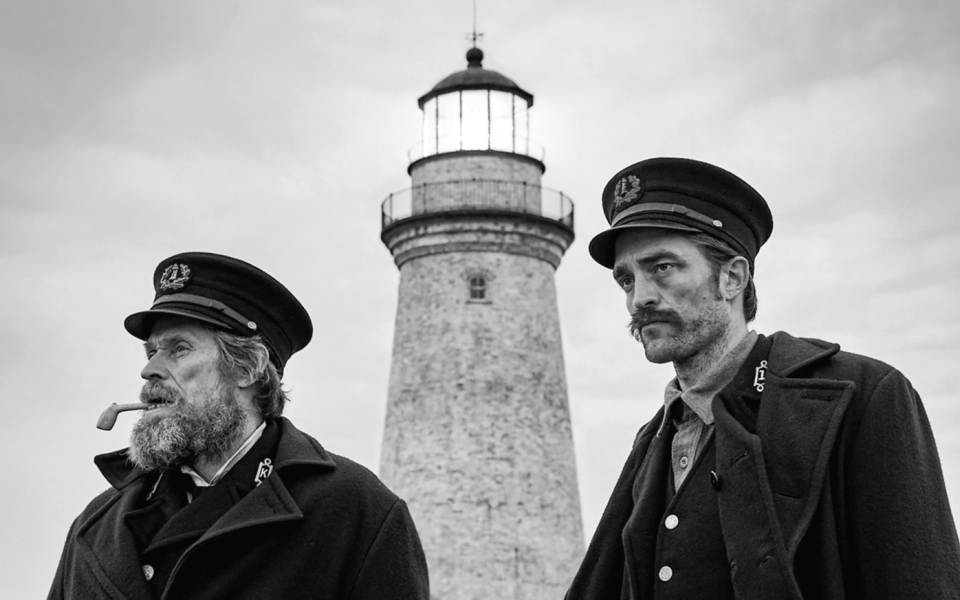 From kids’ TV show Round the Twist to video game Bioshock, popular culture has painted lighthouses as, at best, weird and spooky, and at worst responsible for the complete collapse of society. Well guess what: it’s yet another bad day for the lighthouse marketing department.

Robert Eggers follows up his brilliant 2016 period horror The Witch with something even more astonishing: a stark, inscrutable film in which the frank lyricism of Herman Melville mingles with the nightmare visions of HP Lovecraft.

Willem Dafoe plays grizzled old lighthouse keeper Thomas Wake, a man who tends his “dread lamp” with a troubling, paternal devotion. He drinks to excess, sings sea shanties and says things like “boredom makes men to villains”. If that sounds a little shallow, fear not: in Dafoe’s hands he has more layers than the sea has fathoms. Robert Pattinson is also excellent in the film’s only other notable role, Wake’s new assistant Ephraim Winslow, a taciturn drifter with a mysterious past.

There’s a fascination with the intrinsic grubbiness of the human body, with Eggers indulging every fart and excretion, his film sodden with mucky fluids. As time passes, the men become increasingly animal, with escalating bouts of rage and violence, followed by the kind of drunken compassion often seen during nights out in Clapham, all slurred declarations of brotherly love. If this is a study of the male psyche, we do not come out well.

While The Witch was a relatively straightforward – albeit razor sharp and meticulously researched – horror story, The Lighthouse is harder to read. There are supernatural elements, but whether they’re real or figments of two men’s poisoned dreams is open to interpretation.

Shot in high-contrast black and white, Eggers’ film is ridiculously pretty: you’ll want to take stills of every frame and hang  them on your wall (well, apart from the ones filled with excrement or semen or horrifying otherworldly shapes, which, to be fair, is most of them).

Just as impressive is the sound design: we might be watching a man slowly carrying a bucket of piss across a rocky outcrop, but it will inevitably be accompanied by some kind of dreadful honking or droning or whooshing, imbuing every scene with nameless dread.

Also worth noting is the aspect ratio. While early films were projected in 4:3, since then it’s been a race to the sides. The Lighthouse goes in the other direction with a virtually square 1.19:1, adding to the overall sense of claustrophobia, as if you’re trapped in, I don’t know, some kind of tall, thin building.

It all conspires to be a singularly evocative film, at once filthy and beautiful, funny and appalling. There’s nothing else like it and I love it unreservedly.