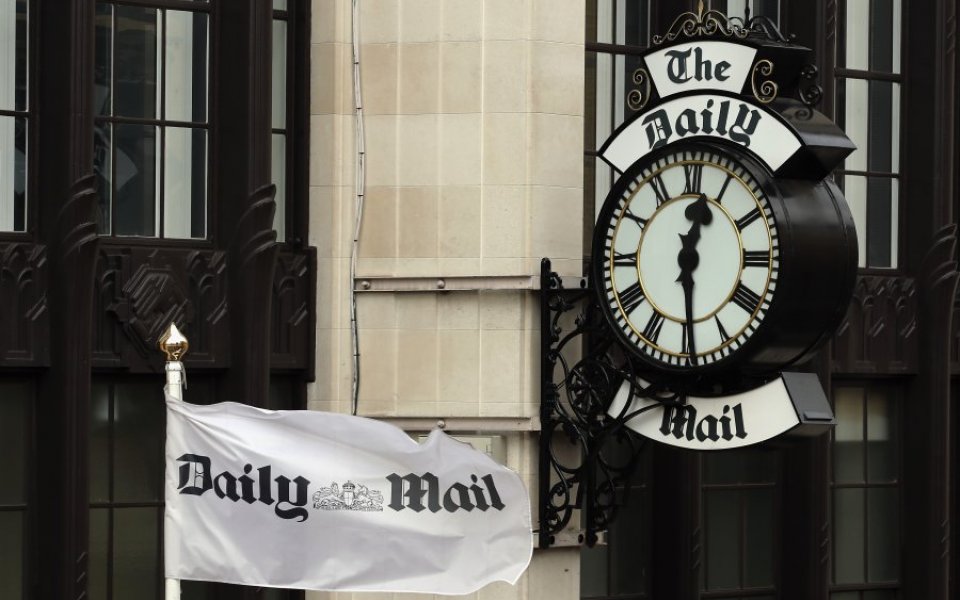 The Daily Mail is to hike the price of its 'paper from 60p to 65p as it attempts to offset falling revenues.

In reaction, The Daily Mail and General Trust (DMGT), which owns the newspaper, saw its share price fall to 657p, down around 0.68 per cent.

This is the first price increase in three years, and will come into effect on Monday, the 1 February. The move comes as revenues for the media group fell two per cent in the first quarter of the 2016 financial year, down to £188m.

Advertising revenues across the Daily Mail media division fell three per cent in the three months ending December, and circulation revenues fell four per cent. The Daily Mail's market share grew however, to 23.4 per cent compared to 23.1 per cent last year.

The most popular English language news site has continued to grow, with revenues at the MailOnline up 27 per cent, driven largely by a 66 per cent increase in advertising sales in the US, compared to 17 per cent growth in th UK.

Things haven't picked up in 2016: advertising revenue for the first four weeks of the year is down 12 per cent compared to the year before.

The group maintained its guidance fir full year revenues, of between minus two and two per cent growth.