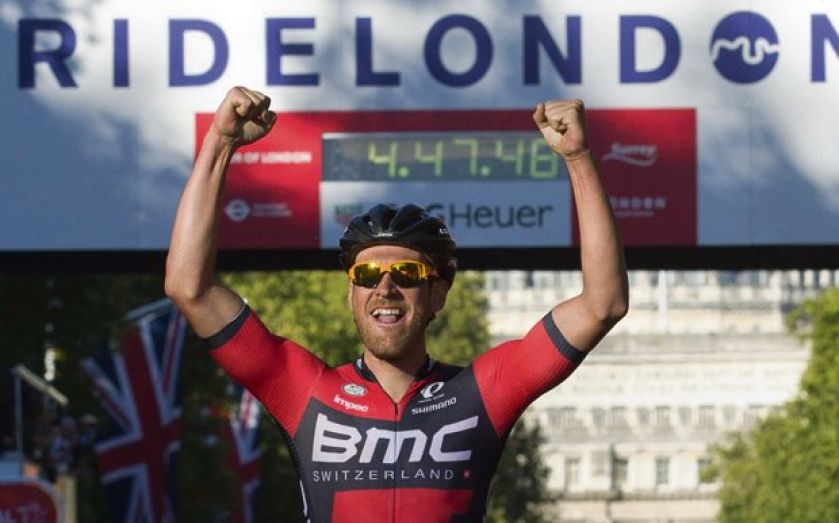 TEAM Sky’s Ben Swift was the highest-placed Briton after finishing third at the London-Surrey Classic following a thrilling sprint on the Mall which saw Luxembourg’s Jean-Pierre Drucker crowned champion.

BMC Racing’s Drucker edged out Dutch rider Mike Teunissen, while Swift had to be content with a place on the podium for the second year running, having lost out to Sheffield’s Adam Blythe in 2014.

“I’m a fast guy so I was pretty confident,” said Drucker. “I looked a bit to Ben Swift because I knew he was, let’s say, a bit nervous. He wanted to do something, so I tried to keep his wheel and focus on him and it ended up good.”

Manxman Mark Cavendish, who was struggling with illness, finished in 44th place, while Sir Bradley Wiggins, riding for his newly-formed eponymous team, came home in 84th.

The third edition of the London-Surrey Classic, which followed a similar route to the London 2012 Olympic road race, came 24 hours after Saturday’s mass-participation event around the streets of London.