Survive and thrive: Spencer Matthews' low-alcohol brand is Clean-ing up 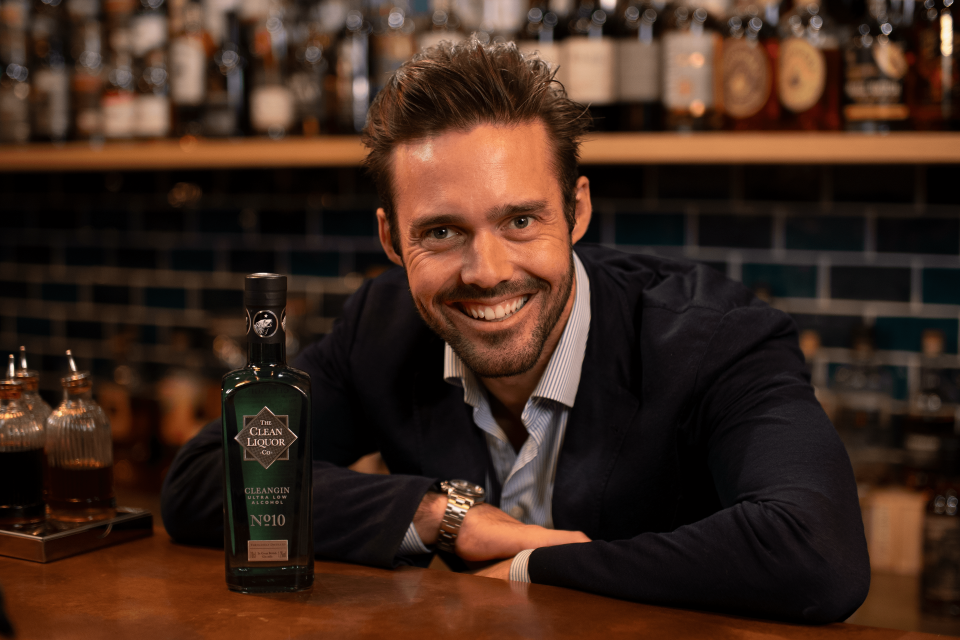 London’s businesses have been forced to weather a storm they never saw coming, but many have pivoted to new ways of doing business. Today, City A.M. talks to the reality TV star-turned-entrepreneur Spencer Matthews about his Clean Liquor Company, selling low-alcohol spirits on Instagram and global ambitions

For any business, at any time, consistently increasing your month to month sales by almost 400 per cent is nothing to be sniffed at.

When it’s during lockdown, and you’re not selling face masks or hand sanitiser, it’s even more impressive. But that’s exactly what’s happened at the Clean Liquor Co, the low-alcohol spirits brand set up by once-upon-a-time reality star and entrepreneur Spencer Matthews, whose CleanGin has been flying off the physical, and virtual, shelves.

Given that news, as City A.M. meets Spencer (via zoom, naturally) in his firm’s offices in Putney, it’s no surprise he’s a bundle of energy. Perhaps it’s that energy that allowed his brand to pivot so quickly when lockdown struck.

Read more: How London coffee chain GRIND has reinvented its business during lockdown

Their first product, CleanGin, came to market at the turn of the year, with plans to spend 2020 – as Matthews put it – “throwing the kitchen sink” at marketing to consumers that are still far from fully conscious of the low-and-no booze offering.

“Luckily we hadn’t committed to any of the £500K we were going to spend on marketing,” he says, with more than a touch of relief. Lightspeed Venture Partners, the early stage VC firm which had backed Clean with more than £1m, were no doubt pleased too.

In partnership with Lightspeed, Matthews drew up four plans – scenario A, in which life continued as normal, all the way to a radical costcutting plan in scenario D. In the end, he decided to ride out the first month of lockdown and work on communicating with consumers.

“My initial reaction was that it would be quite difficult to keep the foot on the gas with marketing, when people are fearing for their health. But the silver lining is that people tend to drink a bit more, and they also realise there needs to be a drop-off from that level of consumption.”

“It’s unsustainable. It’s my 20s in a nutshell,” he says, with a knowing grin.

The former Made in Chelsea star certainly took advantage of being young and famous, and made many a tabloid double-page spread. But now sober, he’s known more as an entrepreneur. Aside from Clean, he’s also behind Eden Rocks, a jewellery brand which has already been seen adorning Frank Lampard and Serena Williams among others.

Matthews is not, then, your average entrepreneur. But he’s used his connections for the good of his business.

Matthews and Williams have regularly appeared together on Instagram, hosting live cocktail sessions and, by hook or by crook, reaching out to consumers stuck at home looking for something a little different for an evening tipple.

“I’ve really enjoyed the Insta Lives. I’m not a huge fan of social media myself and don’t use it as much as I probably should, as it’s so saturated with nonsense. But this has been fun, and using lives to create cocktails and engage consumers has been a massive part of our growth.

“It’s rare you get live, real-time feedback and ask what they want and how we can impact their lives.”

Three new Clean branded products are on the way – rhubarb, elderflower and raspberry flavoured gins – and Matthews says they came straight from those social media interactions. “Our distillery didn’t need to close, luckily. We’ve been able to move quickly and that’s the fun of start-ups.”

Matthews tells us that IRI data shows that if the current monthly sales of Clean just in Sainsbury’s were to continue over a year, CleanGin would be generating more than £1m in retail sales.

He’s impossibly enthusiastic. “We’ve only been trading since January, and is growing each month, so it’s likely to increase throughout the year.”

He’s got worldwide ambitions, too. When we speak he’s just off the phone with an Australian contact, and he’s hoping to do direct to consumer operations in California.

Not every start-up founder can jump on instagram or launch a podcast on the BBC during lockdown. Matthews is certainly unique. And while there will be some who might look upon his reinvention as a businessman with cocked eyebrows, you can’t argue with the numbers in the most trying of circumstances.

“Our growth is unsustainable, but it’s great to unlock new audiences and territories. It’s daunting.

“But I’ve surrounded myself with an experienced team, who know way more than me about business and the sector, and I’m learning on the job and trying to harness my enthusiasm and become a more rounded businessman.”

One thing’s for sure: he won’t be quiet whilst he does it.