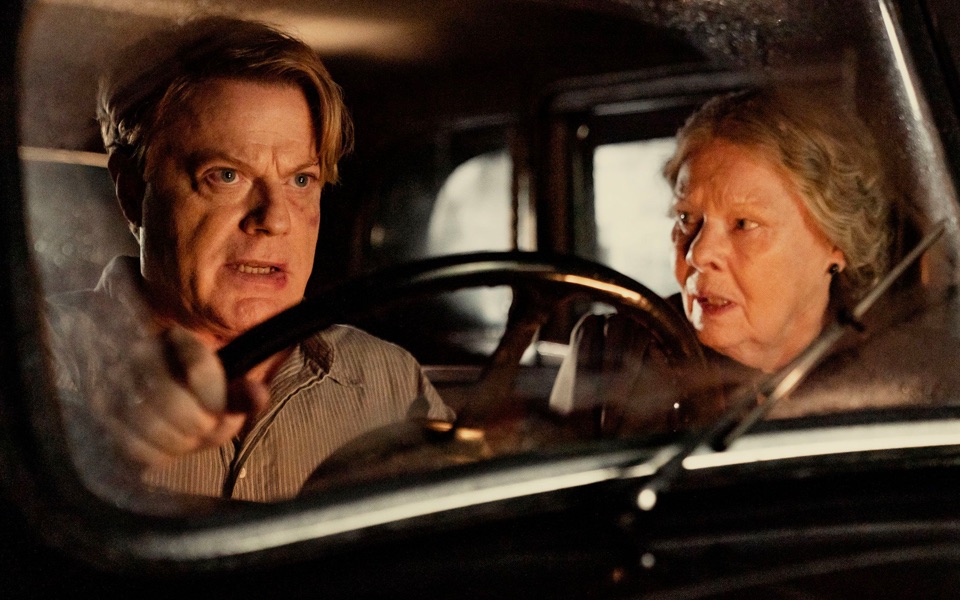 Eddie Izzard has enjoyed quite an eclectic big screen career over the years. She’s been in cult hits such as Velvet Goldmine and Mystery Men; mixed it up with Clooney and Co in the Ocean’s films; and even faced off with a Nazi Tom Cruise in 2009’s Valkyrie. The Third Reich looms ominously in her latest film, Izzard’s first screenplay co-written with director Andy Goddard and Celyn Jones.

Six Minutes To Midnight is set in 1939 at Augusta Victoria College in Bexhill-On-Sea, an Anglo-German finishing school for daughters of high ranking German officers. With the Second World War looming, British intelligence officer Thomas Miller (Izzard) gets a job as a teacher at the school in order to find evidence of the school’s collaboration with The Nazis. Quickly, he discovers a plan to evacuate the girls along with information about British agents in Germany, starting a tense race against time to alert his superiors.

Fact is swirled with fiction in this zippy spy thriller that benefits from a gorgeous backdrop but often constrained by its low budget. While the plot is fictional, the school was a real place, and putting heightened scenarios in plausible settings creates a great sense of tension. Innocent symbols of Britishness are juxtaposed with a sinister plot where everyone Thomas doesn’t know who to trust. Furtive glances and shocking reveals make the picture clear, but the tension often builds to quite tepid chase scenes involving Izzard escaping via a seaside pier or running through a field.

It’s at its best when delving into the grey areas of warfare, where people’s motivations are not so black and white. The films highlights are often the exchanges between Thomas and his headmistress (Dame Judi Dench), who supports the girls despite knowing they will soon be inextricably linked to a fascist regime. Presenting the notion of fascism as a human issue, rather than a characteristic of nations, adds depth to the story that helps it through the leaner moments.

There’s a group of notable names filling out the cast. Jim Broadbent is memorable as the school’s bus driver who knows more than he’s letting on, while James D’Arcy feels ripped from a classic noir as a cut-glass English investigator. Carla Juri cuts a sinister figure as one of the teachers in the school, and shines despite the film’s anti-climactic ending.

Six Minutes To Midnight is a small, plucky film that makes you nostalgic for old fashioned spy adventures, even if it doesn’t quite reach the heights of those influences. It’s an interesting platform for Izzard as a star, and a promising beginning for her future as a screenwriter.