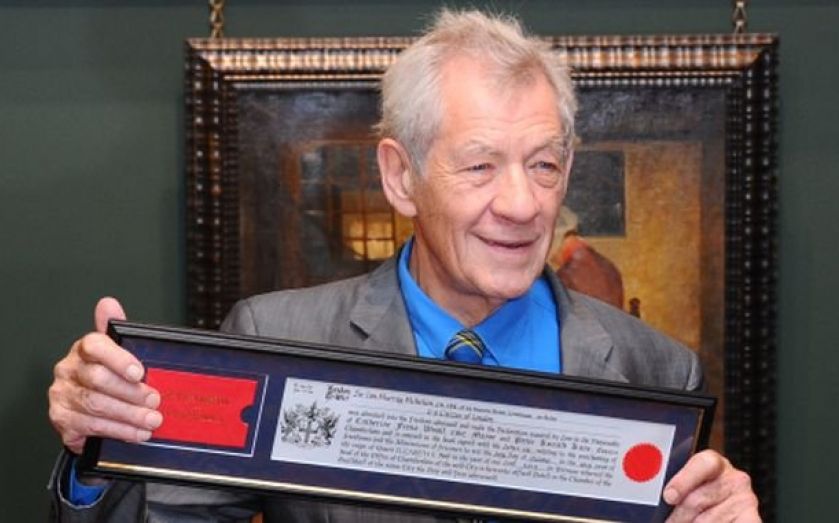 He's fought Sauron and Professor Xavier, waited for Godot and offered his kingdom for a horse, but it is Sir Ian McKellen's work as a gay rights activist that saw him receive the Freedom of the City of London at Guildhall today.
The actor, whose credits range from Shakespear to blockbuster action films, is also the cofounder of LGBT campaigning group Stonewall, and patron of LGBT History Month, Pride London and the Albert Kennedy Trust, which supports homeless and vulnerable young LGBT people.
At the ceremony today McKellen read the Declaration of a Freeman, greeted as a “citizen of London” by chamberlain Peter Kayne and was presented with a framed parchment certificate.
The Freedom of the City of London ceremony is believed to have begun in 1237. It originally allowed recipients to carry out their trade, and included privileges such as driving sheep over London Bridge, but today people are nominated or apply to receive it because it offers them a link with the historic City of London.
It often reflects a significant achievement or contribution to London life.
Outgoing Lord Mayor Fiona Woolf nominated McKellen, praising him as an “exceptional actor” and “tireless campaigner for equality”.