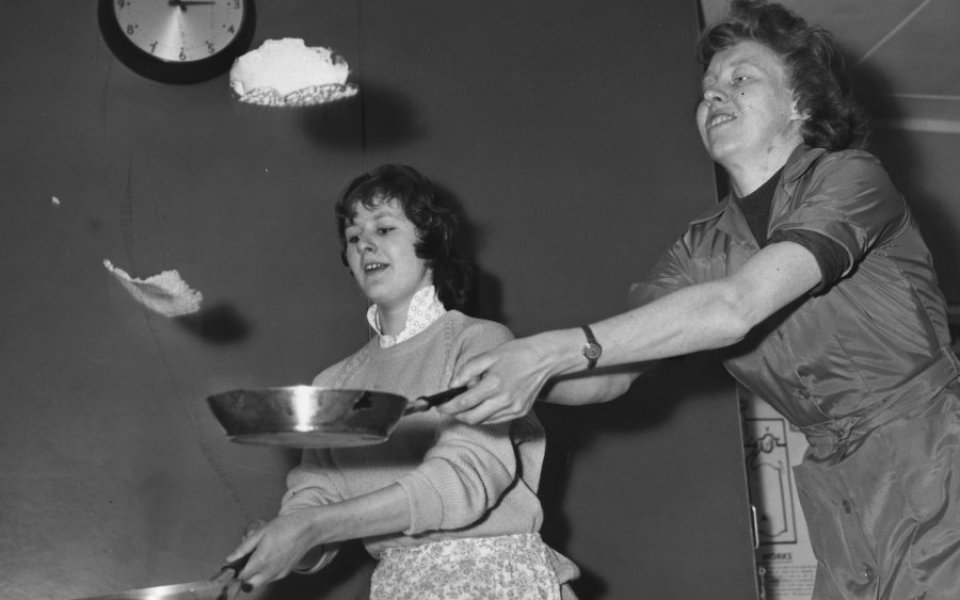 For some people, trying to nail the perfect pancake flip is more than just a cause of frustration – it's a costly fire hazard.

According to statistics from home insurance provider Policy Expert, in 2015, claims for fire damage rocketed up to £11,546 on Shrove Tuesday, compared to just £6,543 on an average day for the rest of the year.

Perhaps those without a knack for flipping batter might be better off at one of the many pancake races taking place across the City instead.

Whatever you do, don't try competing with James Haywood and Dave Nicholls. Center Parcs' group executive chef and executive sous chef scored themselves a Guinness World Record title yesterday when they pieced together a 101.8cm high pancake tower, beating out the previous record of 91.2cm.

If you're not particularly fussy about what date you're eating pancakes on, maybe you could cheat the odds by waiting until a Friday 13th. Previous research by Policy Expert has discovered that home insurance claims actually drop on the traditionally unlucky day, with some coming in at less than half the average claim per day for the same month.

However, with the next Friday 13th not occurring until May, you'll have to show a lot of self-restraint while everybody else is pigging out on lemon and sugar-coated treats.