Lidl might not come to mind as quickly as Nike, Adidas, Converse, or Veja when it comes to trendy footwear brands. But in September 2021, the low-budget German supermarket may have (temporarily) joined their ranks – following reports that its new line of £12.99 trainers were selling on eBay for considerably more than face value. 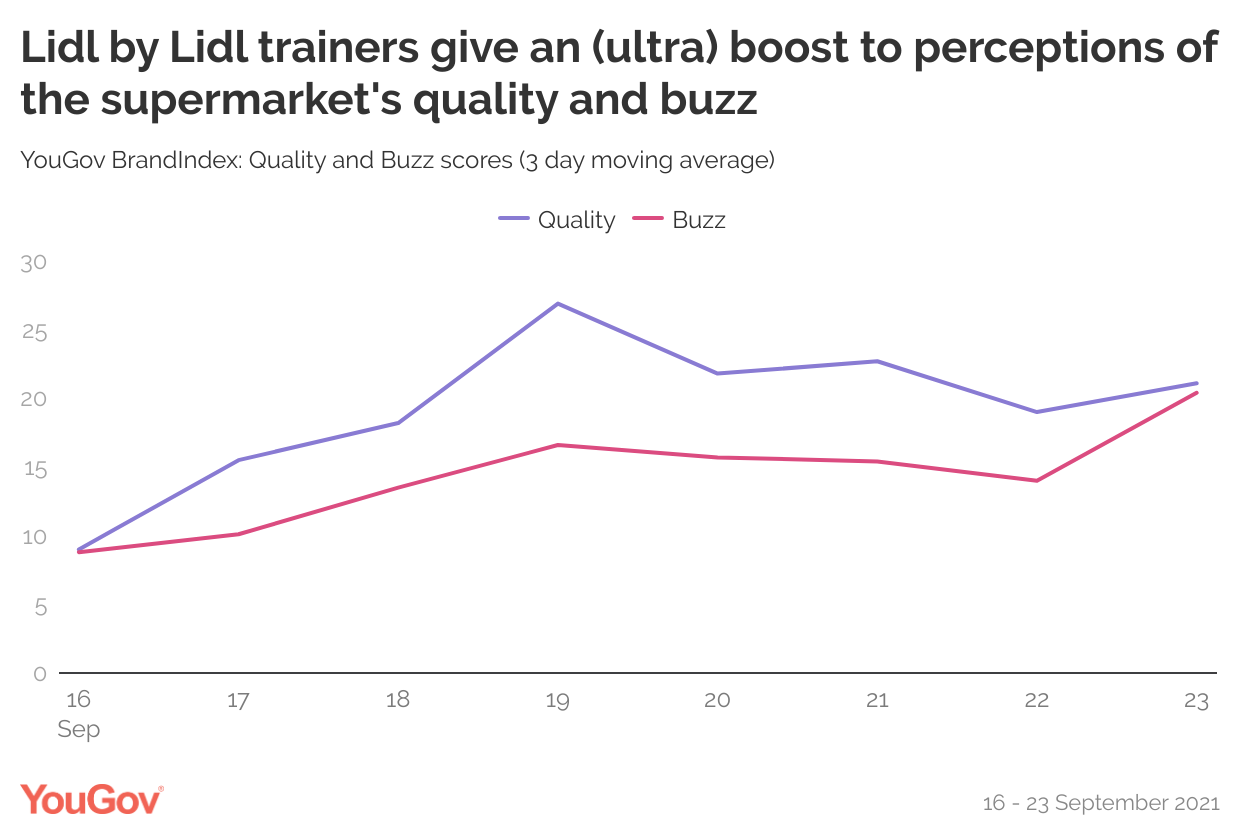 Data from YouGov BrandIndex UK shows that the unconventional product launch has generated good publicity for Lidl: Buzz scores, which measure whether a consumer has heard anything positive or negative about a brand over the past fortnight, more than doubled between September 16 – when the “Lidl by Lidl” trainers were released – and September 23: rising from 8.8 to 20.4 (+11.6). The shoes may have also improved general perceptions of the supermarket: Impression scores, which track whether the public have a positive or negative view of a company, rose from 29.0 to 38.6 (+9.6).

And looking past overall public opinion, Lidl’s sneakers could have boosted its appeal in other areas. The brand’s Quality scores more than doubled in the week following the trainers’ launch (16 – 23 September), increasing from 9.0 to 21.1 (+12.1).  The release of the new shoes also coincided with a jump in Lidl’s Consideration metric – which measure whether consumers would think about purchasing from a brand the next time they’re in the market for a particular product – from 31.2 to 37.6 (+6.4), while Recommendations rose from 23.1 to 35.2 over the same period (+12.1).

It may not seem obvious that a cut-price supermarket’s cut-price shoes would catch the attention of UK sneakerheads. But these new trainers appear to have been a communications coup for the brand: one which not only caught public attention, but also led to improvements in some commercially important areas.  A Lidl savvy marketing goes a long way.