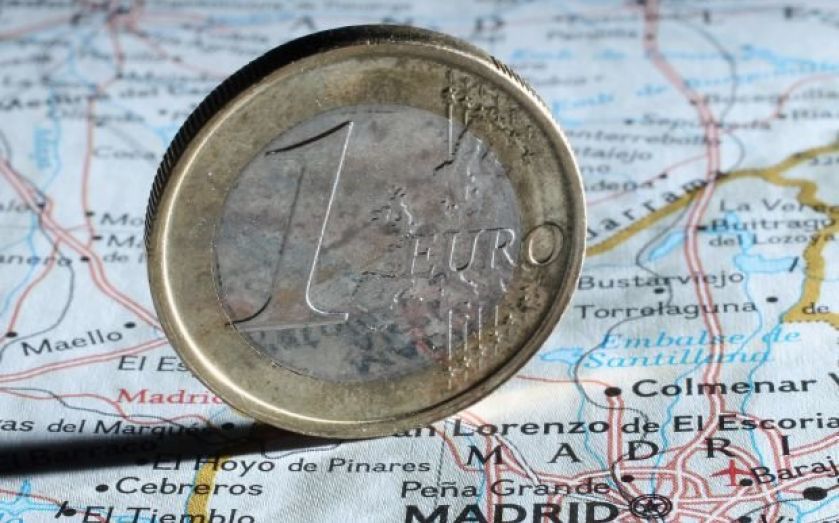 The Eurozone’s services firms flagged a further slowdown in the troubled currency bloc’s growth yesterday, with surveys indicating that the region is growing at the slowest pace this year so far, putting pressure on the European Central Bank (ECB).

The Eurozone’s composite purchasing managers’ index, collated by Markit, dropped to just 52.5 – the lowest since December – and barely above the neutral 50 level that separates growth from contraction.

Two of the Eurozone’s most important economies are in recession territory according to the index. France’s score sat at 49.5 and Italy’s at 49.9 last month.

The Spanish reading was the only bright spot in the index, at 56.9, the highest since 2007. Germany, the bloc’s usually reliable powerhouse, registered a score of 53.7, indicating a modest expansion.

Retail sales figures for the Eurozone released yesterday were also dispiriting: volumes fell by 0.4 per cent between June and July, with growth of just 0.8 per cent from the same month last year.

“Data indicate that growth in the Eurozone will remain weak. All of this adds weight to our view that the ECB will have to undertake full-blown quantitative easing [QE] before too long, even if this meeting is too soon to expect it to act,” said Sarah Pem­berton of Capital Economics.

The ECB’s latest decision on monetary policy comes today, in the face of falling growth and even lower inflation. Some analysts expect the ECB to embark on a QE programme, but most concede that there has not yet been enough preparatory work, making an announcement unlikely today.

“We think that expectations of substantive new measures this week are unrealistic, not least since the June policy initiatives have yet to be fully launched,” added Chris Scicluna of Daiwa Capital Markets.