How the stockmarket returned 80% without moving 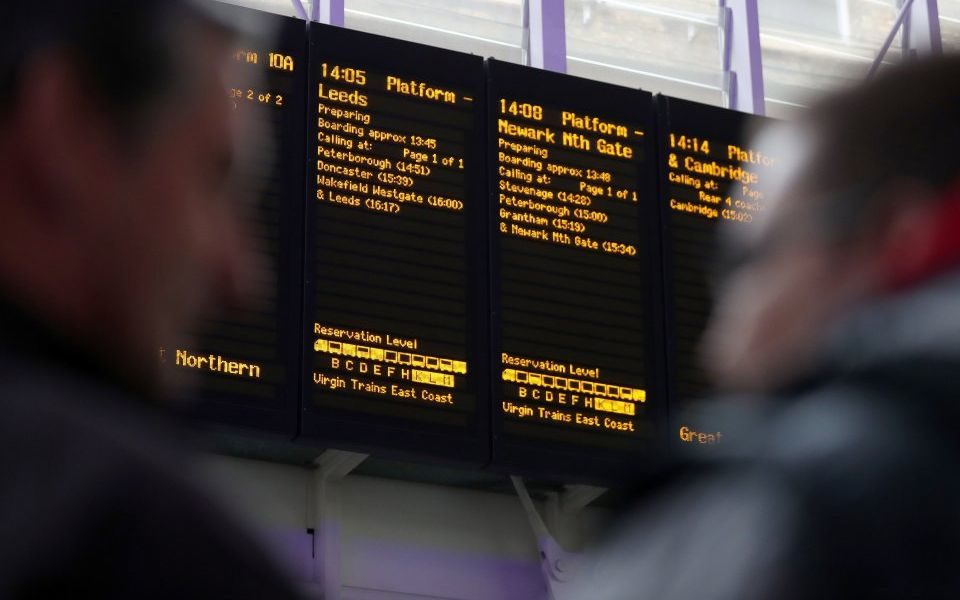 The rail franchise system should be scrapped and responsibility for commuter routes handed from central government to local authorities such as Transport for London (TfL), the rail industry has said.

The Rail Delivery Group (RDG), which represents the industry, has today unveiled its proposals for the Williams rail review, which transport secretary Chris Grayling called last year following the timetable meltdown in May when thousands of services were delayed, cancelled and overcrowded.

The review is being led by the former British Airways chief executive Keith Williams, who has already warned that the system needs a radical overhaul.

Under the new proposals, the Department for Transport (DfT) would take more of a back seat and day-to-day running of the railways would be given to local authorities such as TfL. On commuter routes, TfL would let the routes as concessions to private firms which would answer to the London mayor, Sadiq Khan.

For longer-distance routes, the RDG says passengers would benefit from more choice and competition, where multiple firms are able to compete with each other for passengers' interests and cater to them, for example, by making journeys more comfortable or by offering faster Wifi.

On routes where passengers have less choice about how they travel, there should be tough targets and incentives for train companies to deliver for passengers rather than the terms of the contracts handed out by government.

All of this would be overseen by a new, independent body which would have the power to hand out the contracts and take them away. The RDG says this would approve accountability, one of the key criticisms of the rail industry.

A report in the aftermath of the May chaos lay the blame at the door of the government, the regulator and Network Rail, which owns the tracks, but found that "nobody took charge".

Paul Plummer, RDG chief executive, said: “These proposals call time on short-term fixes and set out the once-in-a-generation system upgrade the railway needs if it is to help the country prosper over the next 25 years.

“We want to move forward with a rail system that is more focused on customers, more responsive to local communities and more accountable, letting rail companies deliver what people want in each area of the country and rebuilding trust between the industry and passengers.”

Shadow transport secretary Andy McDonald, who has called for the railways to be nationalised, said he was "astonished" by the proposals.

"Rail franchising is collapsing and disintegrating yet the group thinks a more complex and aggressive system is the right solution, " he said. "This shows how out of touch the railway industry body is with the country and the travelling public.

"The RDG’s suggestion would be laughable but for the misery the broken rail franchising model has inflicted upon millions of rail passengers for so many years. The ongoing debacle over the East Midlands Trains franchise tells us that franchising is broken beyond repair. "