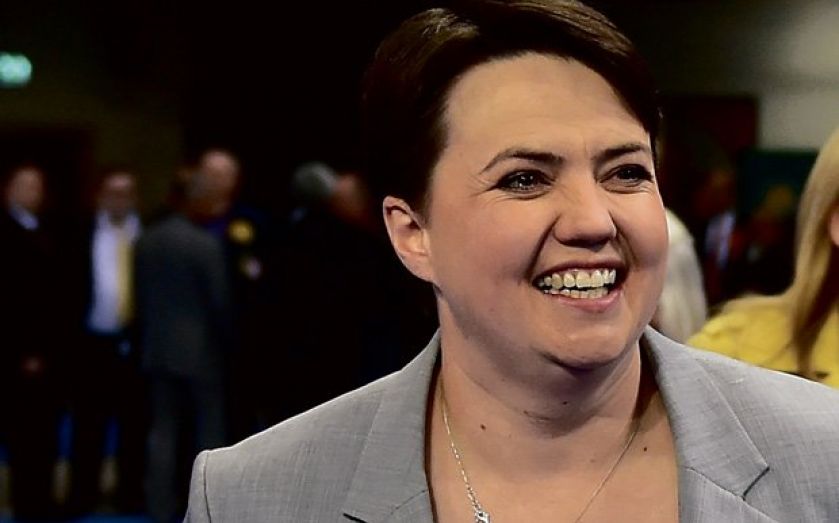 Scotland should vow to keep tax rates as low as the rest of the UK to keep more high earners in the country, Scottish Conservative leader Ruth Davidson said last night.

“This sends out the right message to everyone from across the UK that Scotland is not about punishing earned wealth,” she said, in a speech to the Adam Smith Institute last night.

She said that 10,000 more high earners in the country would generate £1.5bn in revenue, enough to pay the salary of every Scottish schoolteacher.

“Scotland is not a socialist nation,” said Davidson, stating that the “idea that Scots are yearning to pay tax so that they can have more welfare provisions” is “simply not true”.

She added: “I want to see us in Scotland rolling out the red carpet to our neighbours across the United Kingdom. We are in the market for human capital.We need more taxpayers to help us make our way.”

The Scottish Tory leader warned that Scotland faces “inertia and drift” under SNP rule. Pointing to lagging test scores and an inferior health system, she blamed the nationalists for “failing to tackle the underlying problems in our society”.

She also called on the Scottish government to lift its ban on GM crops and fracking.

On the subject of next May’s Scottish Parliament elections, Davidson said: “I am planning on returning more Conservative MSPs than ever before.”