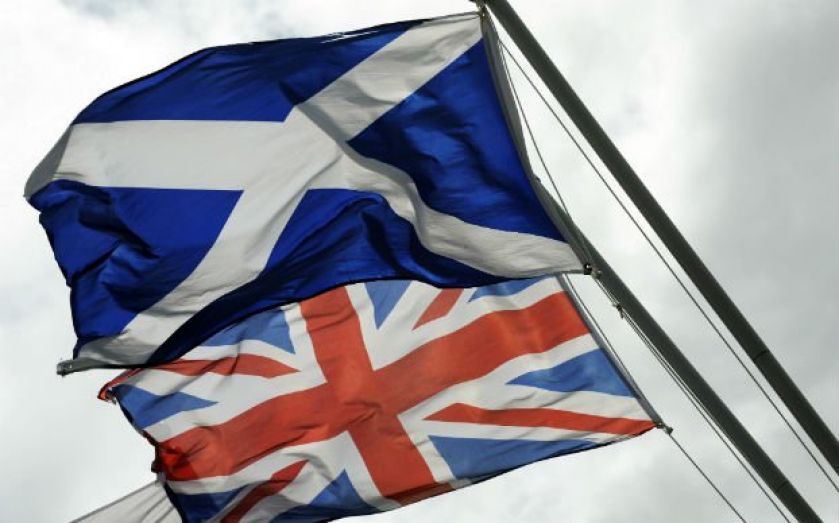 Lloyds Banking Group will move its official headquarters out of Scotland if the country votes for independence in next week’s referendum.

The banking group which owns Lloyds Bank, Halifax and Bank of Scotland largely operate from its London headquarters, however the bank’s registered offices are in Edinburgh.

Lloyds confirmed that its contingency plans in the event of a Yes vote would include going through the legal processes of making its official headquarters south of the border, but this would have no effect on the group’s business or customers.

The banking group said in a statement:

Lloyds Banking Group has seen an increased level of enquiries from our customers, colleagues and other stakeholders about our plans post the Scottish Referendum on Thursday 18th September.

While the scale of potential change is currently unclear, we have contingency plans in place which include the establishment of new legal entities in England. This is a legal procedure and there would be no immediate changes or issues which could affect our business or our customers.

There will be a period between the Referendum and the implementation of separation, should a ‘yes’ vote be successful, that we believe should be sufficient to take any necessary action.

Royal Bank of Scotland will make a similar move out of Scotland and is expected to make a statement tomorrow morning.

The decision by RBS was revealed by a Treasury source, who told ITV  the bank had approached the government with “similar plans to base themselves in London” as Lloyds has.

Without a move south, both banks would risk losing support from the Bank of England as the institutions would be considered Scottish with registered addresses in the country.

Both banks are part owned by the government.