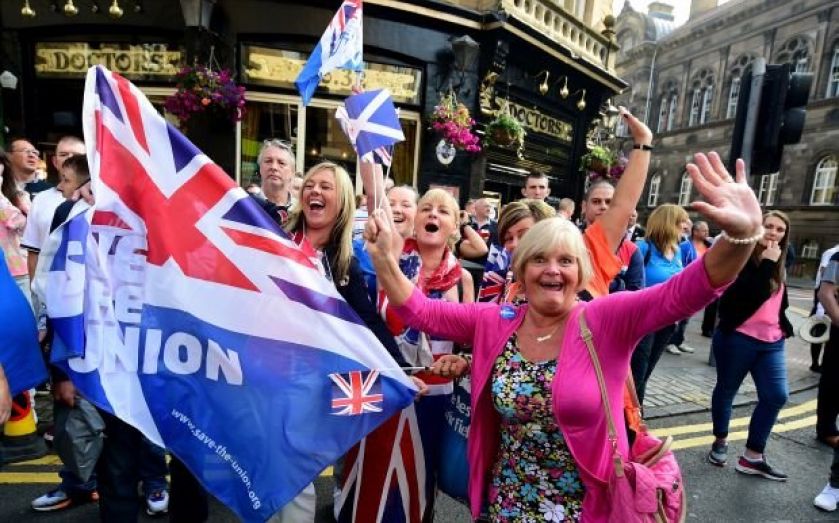 After yesterday's swing among bookmakers towards a Scottish No vote (see bottom of article) there were some more changes among the bookies today.

Of the 19 that Oddschecker reports are still taking bets, all but five changed their stance on a Yes vote in today's Scottish independence referendum, while only seven held their ground on a No vote.

By doing some simple maths it is possible to work out the implied percentages, and betting companies have their money firmly on a no vote.

Funnily enough, despite individual bookies having slightly changed the odds, the medians remain the same as some four have dropped out of the list.

The disparity between the bookies' odds and the polls is striking given how close the polls have become.

Here is how the individual agents changed their stance on Yes:

And here are the latest odds:

The polls are very close, however, with the latest results showing a four-point lead for the no campaign:

The graphic(s) below show every poll that's been conducted this year. In the first chart (invisible on mobile) clicking on any scatter blot will show how people voted in that poll. The bigger and darker the blot, the larger the sample size.
How things looked yesterday

After a few days of relatively small changes, most bookies changed their odds on a Scottish Yes vote.

Of 23 bookies, only one (Betway) thought it more likely than the previous day that Scotland would vote Yes, while all but two showed odds shortening on a No vote.

This compares to rates of 80 and 26 per cent the previous day.

Here is how the odds have changed their odds regarding a No vote:

And a Yes vote:

Here are the latest odds: