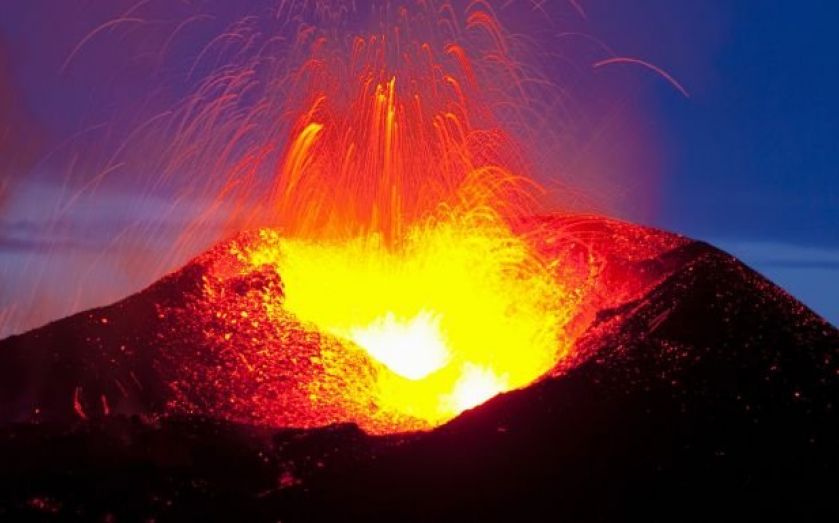 Could there be a UK housing market meltdown? Could Nigel Farage become deputy prime minister? Or worst of all, will there be an "a-choco-lypse"?

These could be some of the most outrageous predictions you'll hear this year – or the best warning you ever had.

Saxo Bank has just released its 10 scenarios for 2015 and while it admits that they are unlikely to happen, their impact on global markets would be huge. The point has been made – investors should look out for even the most far-fetched risks.

By imagining the most negative scenarios and events, whether a Russian default, volcanoes spreading havoc, or an internet Armageddon, investors have a chance to stress test their assumptions about the future and what these events might mean for their own investments.

We must remember that while the predictions outline rather extreme market scenarios, over the years, a number of them have unfortunately come true.

Would-be home buyers breathed a sign of relief when the UK housing market finally showed signs of slowing earlier this year, but is this really a blessing or a curse? Saxo's forecast suggests the latter.

Surveys are already showing that momentum is fast leaving the UK  housing market, particularly in London. The impending Bank of England rate hike will see the UK suffer a housing crash with prices falling as much as 25 per cent in 2015

Bank of Japan governor Haruhiko Kuroda has previously said the central bank will do whatever it takes to beat deflation, but Saxo Bank is worried this could go too far.

Incessant Bank of Japan money printing crushes confidence in the yen as Kuroda-san finds that his policy to bring inflation back to his country is met with too much “success” – a symptom of Japan losing control of its currency."

China's government is widely expected to keep rolling out a steady stream of monetary stimulus as its once stellar economic growth continues to wane. But if it goes too far the world's second largest economy risks becoming a lot like nearby Japan.

China will be looking for any way it can to ease the enormous deflationary pressures that are the downside of a credit boom. As deflationary risks loom China tears a page from the Bank of Japan policy playbook and moves to devalue the yuan by 20 per cent, joining Japan in its fight to import inflation and demand."

Over at the European Central Bank (ECB), governor Mario Draghi has been pushing fellow policy makers to pump more money into the struggling Eurozone by embarking upon quantitative easing. But just how far will he be willing to go?

To bring the Germans fully on board with the European Central Bank’s move to QE, Draghi steps aside to allow for full ECB quantitative easing to proceed under a new president, Jens Weidmann of the Bundesbank

Draghi sees greater opportunity for his skills in Italy, where President Napolitano requests that he succeed him."

Oil makes up a huge chunk of Russia's exports so it's hardly surprising that Saxo Bank thinks it will suffer. But as Russia's economy winces, will this pain be passed onto foreign creditors?

Here is how that scenario pans out, according to Saxo:

A default, like in 1998, is what is needed to secure the country’s future, together with a diplomatic solution on the Ukraine question.

This outrageous prediction sounds like it could put humankind on the brink of extinction. A terrible combination of poisonous gases, extreme weather and doubling grain prices is enough to scare even the most fearless investor.

Like the volcano Laki in the year 1783, the already active Icelandic volcano Bardarbunga erupts in 2015, leading to a massive release of noxious sulphur dioxide and other gases that cloud the skies over Europe.

The eruption shifts weather patterns and brings fears of a weak harvest across Europe, with grain prices doubling even as the volcano’s fallout proves more modest than feared.

Mars – which makes M&Ms, Snickers and the namesake Mars bar – hiked its prices earlier this year. But prices could be about to surge, according to Saxo Bank, testing even the sweetest tooth.

With supply affected by concerns over the Ebola virus and under investment in key West African production regions, the world is consuming far more cocoa than it is producing. This leads to a record high price for cocoa above USD 5,000 per tonne in 2015

This might not sound the most alarming of Saxo's predictions, but the repercussions could be widespread and turn the Eurozone back into a disaster zone.

While central banks are keeping sovereign and ABS-yields suppressed, the ECB will not be the saviour in European non-investment grade corporate bonds as its mandate does not reach that far – the Bundesbank will simply not allow it.

With sentiment on high yields flip-flopping in 2015, investors are left finding sparse liquidity and steep prices in order to exit positions. With an ultimate washout in high-yield credit, shock waves will once again shake the foundation of Europe’s weak economy.

9. Farage for deputy PM; then Brexit?

This sounds one of the more likely outcomes: Ukip wins 25 per cent of the vote next May and Nigel Farage forms a coalition with the Conservatives, becoming David Cameron's right hand man. Prompted by its anti-EU coalition partner, this is what happens next:

Cameron calls for the planned referendum on Britain’s membership of the EU in 2017. Gilt yields increase sharply as opinion polls suggest the majority of the British people will vote to withdraw from the European Union completely given the chance. This sets up our Outrageous Prediction of the UK leaving the EU in 2017.

Not even Kim Kardashian can save us now:

In 2015, new underhanded attacks on e-commerce’s largest players become even more widespread and increasingly aggressive. Amazon.com, the largest e-commerce retailer and aggressive player in web-based services suffers a decline of 50% from an already egregious overvaluation and on a shift in sentiment as it suffers lower growth rates, even if it is not necessarily the victim of a hacking itself.