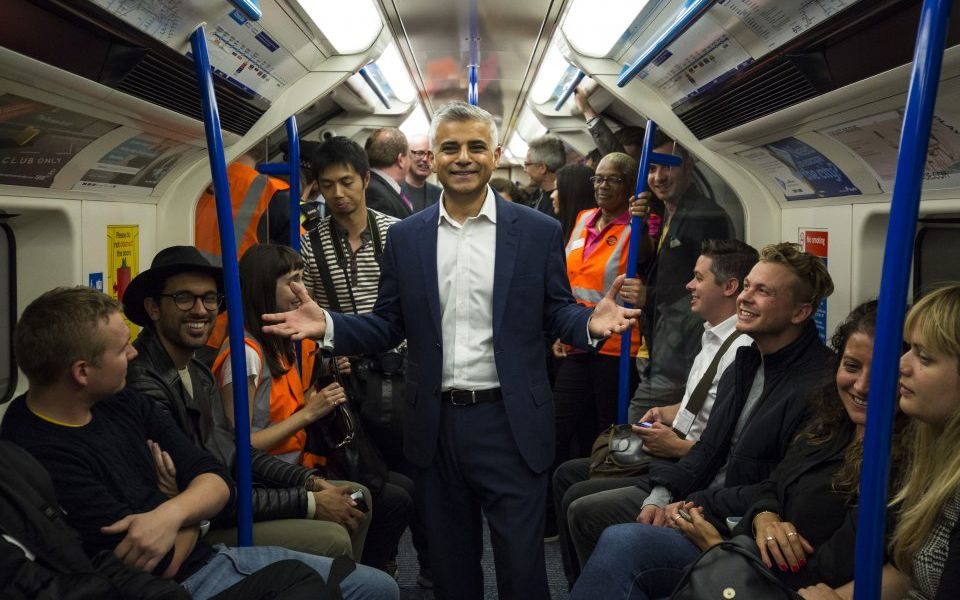 Sadiq Khan has said Transport for London (TfL) should replace Network Rail as the UK's rail infrastructure manager to improve the reliability of services for London's commuters.

The London mayor wants responsibility and funding for key rail assets such as tracks and stations to be transferred to the transport body so it is able to plug the communication gap between the rail operators and Network Rail, the current provider of the infrastructure.

Rail troubles over the last year have been partially blamed on the lack of integration between the state-run Network Rail and the train operators, who run services on a government subsidy.

TfL says it would be able to prioritise investment and upgrade tracks and signalling systems to minimise hold-ups.

In the aftermath of the May timetable chaos, in which thousands of services were delayed and cancelled, an inquiry found there was an "apparent gap in industry responsibility and accountability for the management of systemic risks” and that "no one took charge".

Devolving responsibility to TfL would enable it to run a metro-like service in and out of London where trains would run as frequently as the Tube, the mayor said.

For example, additional investment on the flagship route between Balham and Victoria could feature up to 18 trains per hour and trains every seven to eight minutes from Tulse Hill to London Bridge.

The mayor's calls come as the former British Airways chief executive, Keith Williams, carries out a "root and branch" review of Britain's railways. Williams has already said the franchise system needs to be changed and has "not ruled out" bringing the system under public ownership.

Heidi Alexander, the deputy mayor for transport, said "the case for greater devolution of our rail services has never been more urgent or more clear".

“Transferring responsibility for key rail assets to TfL would be the first step towards a long-overdue transformation of the transport network in south and south east London," she said. "The current rail franchise system is broken beyond repair, with large dysfunctional franchises not fit for purpose, and a lack of coordination between the rail operators and the providers of the infrastructure.

“The time has come for the whole of London to have an integrated, frequent and reliable rail service fit for a global capital city with a high-quality suburban metro which would also stimulate economic growth, new jobs and homes.”

The mayor argues that poor transport links have limited housing development and economic growth and that areas around National Rail stations have  not delivered housing at the same rate as those operated by TfL.

Keith Prince, the Conservative transport spokesperson in the London Assembly, said devolving responsibility for rail infrastructure could deliver change but that Khan "has proven to be financially incompetent when it comes to TfL".

"His disastrous partial fares freeze has blown a black hole in the transport budget, meaning that many capacity-boosting upgrades have been cancelled or postponed," he added. "If the mayor wants to prove that he is able to take on extra responsibilities, he should get his own house in order and demonstrate that he wouldn’t repeat the same mistakes all over again”.

A spokesperson for Network Rail said: “A London rail strategy is being developed by Network Rail and TfL and all options are being considered including devolution. We welcome further conversations around how we can better serve passengers. London’s rail network is at the heart of a large and complex system, so changes may not be straightforward and ultimately the devolution of rail is a decision for government.”