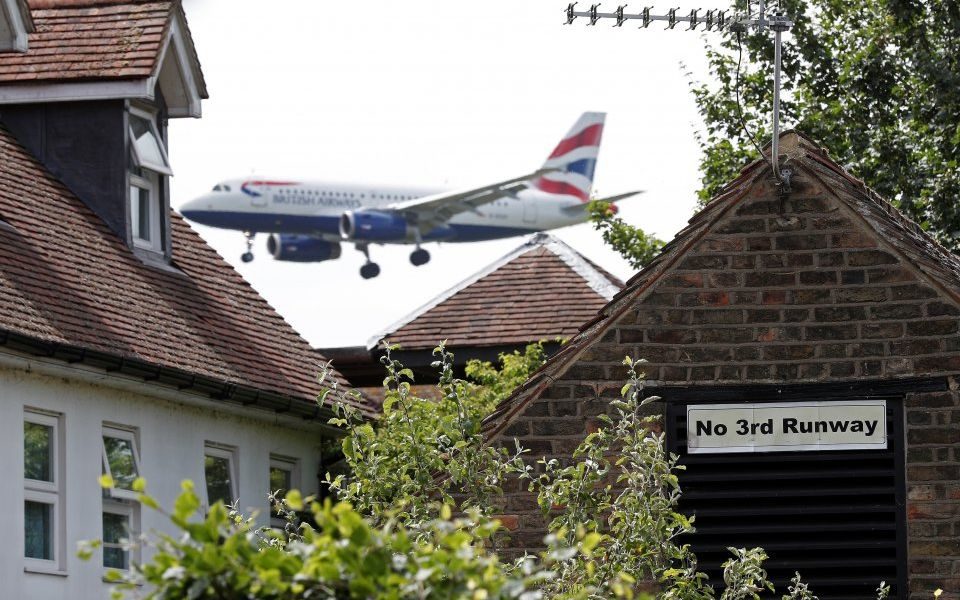 A legal challenge against Heathrow's bid to build the third runway launches today in the High Court.

The mayor of London, Sadiq Khan, five local councils and Greenpeace are taking the government to court over objections to the Department for Transport's (DfT) airport national policy statement, (NPS) the legislation that makes the case for Heathrow expansion and was supported by MPs in the summer.

The objecting parties claim the third runway will lead to the demolition of thousands of homes and an increase in noise and pollution around Heathrow and its surrounding areas. It says it will lead to increased road traffic which will negatively affect the city of London.

The challenging councils – Hillingdon, Wandsworth, Hammersmith and Fulham, Richmond upon Thames and Windsor and Maidenhead – are joined by Sadiq Khan, who has said he is "greatly concerned" about the impact of a third runway on air quality and noise pollution.

They accuse the transport secretary, Chris Grayling, of ignoring "crucial facts" about surface access, or the journey that members of the public have to make to reach the airport.

Instead of producing an environmental report showing which communities were going to be affected by noise, Grayling published "meaningless" indicative flight paths, they claim. One part of their case will be that Grayling is required by law to identify all areas that might be affected so that communities aware that planes might be flying over their properties.

Ravi Govindia, leader of Wandsworth Council, said Grayling has kept communities in south and west London "in the dark".

Stephen Cowan, leader of Hammersmith and Fulham council, said: “Adding what is essentially another airport the size of Gatwick to Heathrow will significantly increase noise, congestion and pollution across west London stretching all the way along the M4 and past Windsor. There are much better projects our country can spend £18billion of taxpayers’ money on.

“Meanwhile, the Heathrow consultation appears deliberately confusing. I think they’re hoping people won’t wake up to the problems with their scheme for a third runway until it’s too late. That’s why we’re taking legal action. People deserve better.”

A DfT spokesperson said: “Expansion at Heathrow is a critical programme which will boost the economy, increase our international connections and create tens of thousands of new jobs.

“As with any major infrastructure project, the government has been anticipating legal challenges and will robustly defend our position. We recognise the local impact of any expansion, which is why a world class package of mitigations would need to be delivered.”

A Heathrow spokesperson added: “Judicial reviews are a completely normal occurrence in infrastructure projects of this size and whilst these are being heard, we will continue to deliver on our plans and remain on-track for the third runway to open in 2026. We will support the Department for Transport in its response and we remain totally confident in the robust process which has taken place so far, making any legal challenge unlikely to succeed. This includes extensive evidence from the Independent Airports Commission, multiple rounds of public consultation and overwhelming parliamentary, cross party support.“