The worst-performing fund was Aberdeen Global European Equity Ex UK, which gets the unflattering crown after it suffered a 6.19 per cent loss over the month of August.

European markets and funds struggled through their worst month since the height of the financial crisis: the data shows the FTSE Eurofirst 300 index shed 5.98 per cent in August, Germany’s Dax down by 6.65 per cent, and France’s Cac 40 plummeting by 14.66 per cent.

Investor sentiment was gripped last month over concerns that China’s role as world economic growth driver is fast coming to an end.

The least bad performance came from Marlborough’s European Multi-Cap fund, which ended just 0.2 per cent down.

Here are the ten biggest losers: 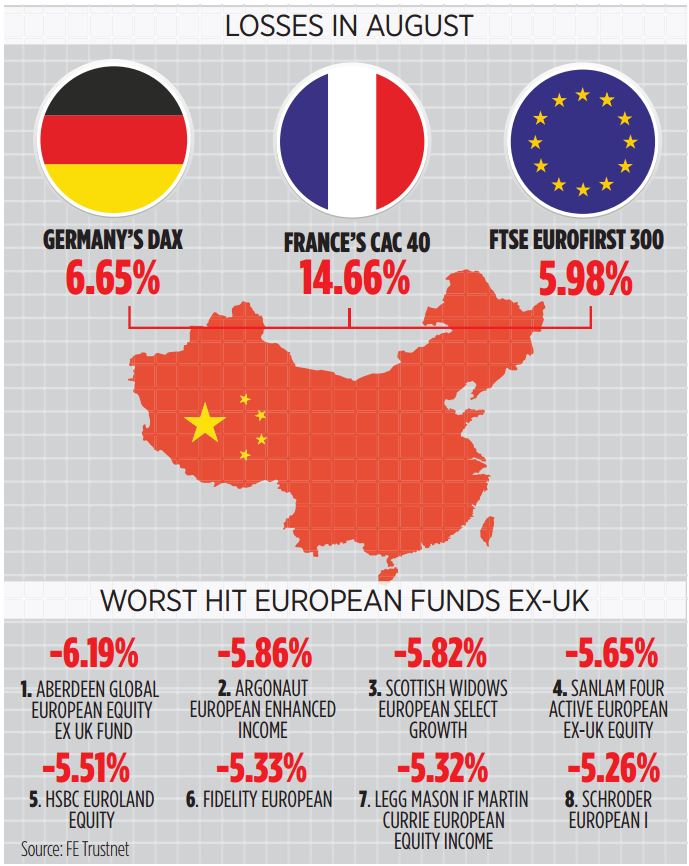