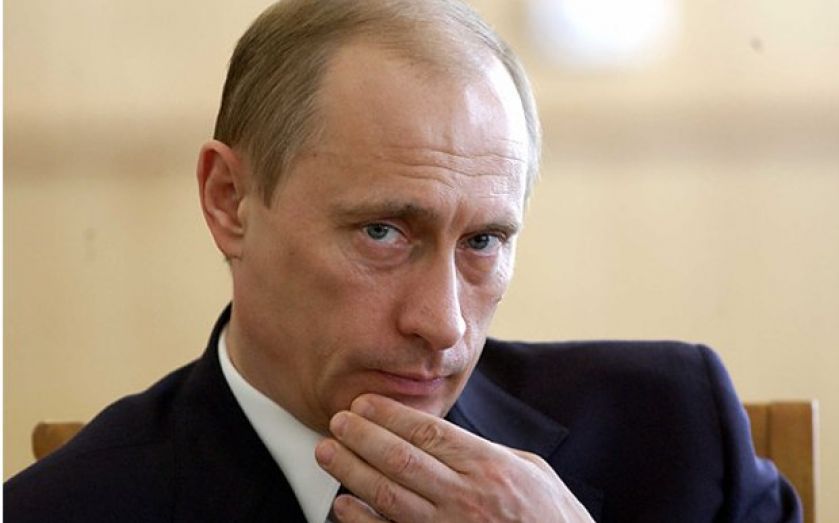 There’s only one way to make a fortune, and that’s to down the fellow who’s up against you." W Somerset Maugham, on poker

ONE OF the many wonderful traditions at St Andrews University is that, if a student did well, they did not have to sit final exams until their last year. As a result, my friends and I had a wonderful month with absolutely nothing to do. Dangerously, we took up playing poker as our all-consuming hobby. I well remember shamefacedly having to ask my long-suffering father for money to cover my debts, rather pathetically asserting that it had been a fine investment, so much had I learned about human nature. Little did I know that this transparent rationalisation would come to be true, as I have spent my career in foreign policy analysis trying to work out the hands of the major world powers.

And in the most Machiavellian of senses, let us be very clear that, in terms of high stakes poker, Vladimir Putin is good. He’s very good. For over the issue of Ukraine – in this specific hand at least – it is the Kremlin and not the West that holds the best cards.

With outright war rightfully taken off the table, and with the threat of devastating Iran-style sectoral sanctions being removed (such an outcome could tip an economically fragile Europe back into recession and would certainly bring forth an immediate energy crisis), there simply isn’t much the West can threaten the Kremlin with that will stop Russia from doing as it pleases in Ukraine.

Russian foreign minister Sergei Lavrov’s proposal for an immediate ceasefire in Ukraine is merely an effort to lock in Russian gains, creating a de facto autonomous zone in the southeastern portion of the country that looks to Moscow and not Kiev for guidance. Such an outcome would cement the status quo of a Ukraine unable to become economically or politically successful, the end game that the canny Russian President has sought all along. The gloomy conclusion can only be that this is a geostrategic hand of cards that the Kremlin is destined to win.

So having lost, should the West meekly go home? Far from it. For if the hand favours Russia, the game favours the West. There are four practical policy planks that can still carry the day over our wily opponent. First, we must get back to the unfashionable, and controversial, habit of drawing lines. The US and the West cannot do everything, and indeed cannot value every country and every crisis in the same manner.

For example, Ukraine does not constitute a primary interest to the US and the major western powers in the same way as the Baltic states do. This is because of the overriding fact that Estonia, Latvia, and Lithuania are Nato members, just as Ukraine, Moldova, and Azerbaijan are not. Russia must be bluntly reminded that a western failure to come to the defence of a Nato ally would spell the end of the alliance, and of overall western global credibility, which is a fundamental western interest. Putin must be warned off underestimating western resolve to preserve its primary interests.

Second, as I wrote yesterday, it is time for Europe to – in blunt poker language – put up or shut up. All Nato allies have agreed to spend 2 per cent of GDP on defence; only four of the 28 have done so. Insanely, German finance minister Wolfgang Schaeuble has rationalised Germany pathetically spending only a pittance on defence (1.3 per cent of GDP), saying a further increase would create misunderstandings with Russia. Frankly, I think the reverse is true; Putin understands our cravenness all too well. It is time to make Nato’s deterrent threat credible again by Europe putting its money where its mouth is.

Third, even if it takes a decade to achieve, Europe must waste not a minute more in developing a credible energy policy to wean itself off Russian oil and gas. Developing fields in Holland, agreeing to further shipments from friendly Norway, and opening up fracking across the continent are all part of the answer. Without energy independence from Russia, Europe will have no strategic independence.

Fourth, that hardest of things – patience – is called for. The present, tougher sanctions have lowered the estimate for Russia’s growth rate to zero for the year. While the Kremlin may countenance this now, how will the Russian people feel in three years, in six? If the West stays the course over these four policy initiatives, what has amounted to a losing hand over Ukraine may just allow us to turn the tables on Putin.