Property of the Week: The historic lodge of the former St John's Wood dairy is on sale for £5.35m 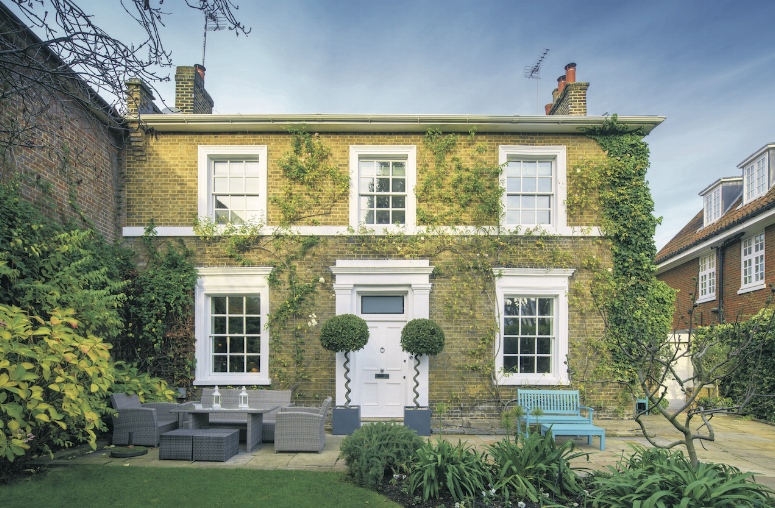 It’s hard to imagine it now, but there was a time when Tesco didn’t even exist and Londoners got their milk from cows that wandered the streets. This lodge harks back to this simpler time, as it used to service the St John’s Wood farm and dairy.

There used to be hundreds of milking parlours in London, but most of them had closed down by the late 1860s as milk began to be brought into the city from the countryside by railway.

The St John’s Wood farm and dairy, however, managed to last much longer than that. Originally founded in 1238, it was one of the first parlours to introduce mechanised milking machines in order to make early morning deliveries possible.

Milk distribution was stopped briefly during World War Two after the farm was hit by a bomb. Aston Chase, the estate agent handling the sale, says the farmer’s daughter rushed out of the lodge to save the horses, found they were gone, but they gradually returned, having gone on their milk round as usual.

Now the lodge is on sale as a four bedroom, three bathroom family house with the original brick facade restored to its full glory.

“The history of the home remains prominent throughout with a number of restored original features that give the house ample character,” says Michael Sulkin, director at Aston Chase. “The house’s gated driveway provides off-street parking for three cars as well as privacy from the road, and the deep bay windows and brickwork design of the house is completely unique to the area.”

Spread over two floors, the house comprises 2,328sqft of living space, including a courtyard garden out the back and a self-contained guest bedroom suite with an en-suite bathroom.

Within walking distance is St John’s Wood High Street, the Jubilee Line and the American School.