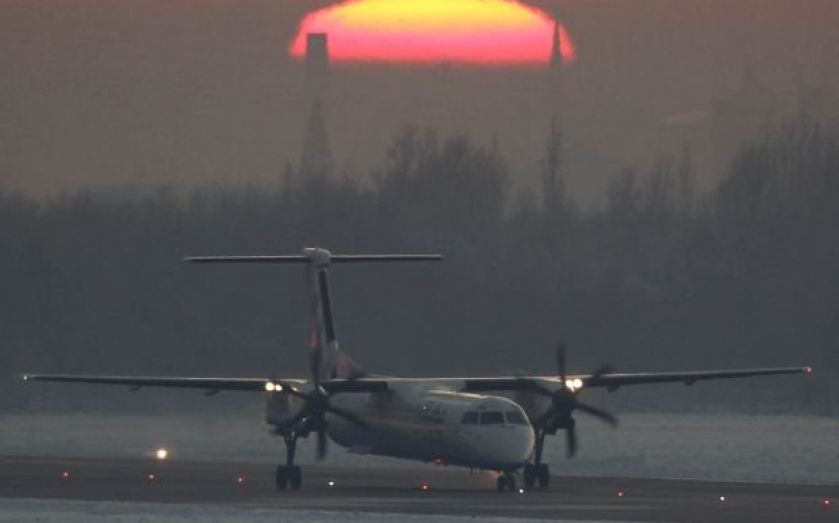 A pilot lost control of a passenger plane after his artificial arm became detached while attempting to land, a new investigation has found.
The pilot was landing the Flybe plane, which was carrying 47 passengers and four crew from Birmingham to Belfast, during windy conditions at night.
Although he checked that his prosthetic lower left arm was “securely attached to the yoke clamp which he used to fly the aircraft” it became detached during the plane's descent.
Concerned that he did not have time to direct the co-pilot, he used his right hand to regain control, resulting in a normal touchdown, albeit with a heavy landing. No one was injured and no damage to the plane was reported.
The Air Accidents Investigations Branch (AAIB) report said that the pilot would “in future be more cautious about checking the attachment on his prosthesis, as his check may have dislodged the latching mechanism”.
It also noted that he would brief his co-pilots about the possibility of a similar event and that they should be ready to take control at any time.
Captain Ian Baston, Flybe's director of flight operations and safety, told the BBC the company was an equal opportunities employer and "in common with most airlines, means we do employ staff with reduced physical abilities".
"The safety of our passengers and crew is our number one priority," he said.
"This means that Flybe not only adheres to the Civil Aviation Authority's strict requirements relating to the employment of staff with a reduced physical ability, but exceeds them to ensure that safety is never compromised."
He said an internal investigation following the incident had "determined a series of additional failsafe safety checks" that had been implemented "immediately to ensure that this type of incident could not happen again".