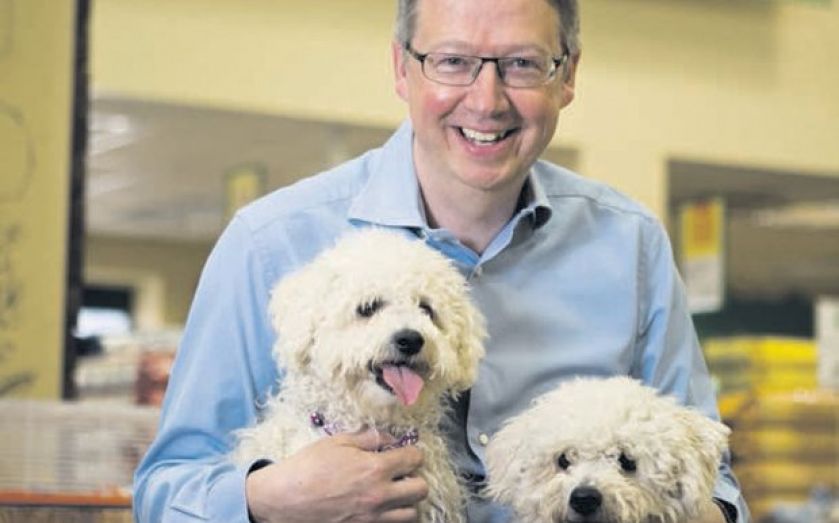 PETS at Home, the UK’s biggest pet store, yesterday announced plans to offer shares to the animal-loving British public as part of its stock market debut next month.

The company, which has 369 stores across the UK, said it intends to raise £275m through the initial share offering and use the proceeds to slash its debt pile.

Around 6,000 staff who work at the company’s stores will be entitled to buy shares in portions of either £250, £500 or £750. The general public will also be able buy shares, with the minimum investment starting at £1,000. Hargreaves Lansdown, Barclays Stockbrokers and TD Direct Investing are just a few of the intermediaries acting on the sale.

“We’ve had 22 years being a private company and colleague engagement is a central part of our business, so the colleague and retail offering is a good opportunity to have wider ownership and for our customers to become even more engaged,” chief executive Nick Wood told City A.M.

Bankers say that no threshold for the retail offering has been determined yet nor has a price range.

A float of the company is expected to value the business at about 13 to 14 times earnings – similar to other retailers – which would give the business a £1.5bn price tag. It is likely that most of the offering will be placed with UK institutional investors although it is also expected to be marketed into the United States.

Pets at Home’s US private equity owners Kohlberg, Kravis and Roberts (KKR) bought the business in 2010 from UK private equity firm Bridgepoint for £995m, organising the company into a web of subsidiaries.

KKR owns the company through a Luxembourg domiciled holding company called KKR My Best Friend UK which has about 30 different direct or indirect subsidiaries which make up the Pets at Home business.

CRAIG COBEN
BANK OF AMERICA MERRILL LYNCH
The City’s biggest banking names lined up behind Pets at Home yesterday to start the ball rolling. First up was the deal’s sole sponsor Bank of America Merrill Lynch. Craig Coben, head of equity capital markets (ECM) for Europe, the middle east and Africa, is on the ticket. Coben, who joined in 2005 from Deutsche Bank, most recently worked on Lloyds Bank’s sale of shares in St James’s Place as well as the government’s sale of shares in Lloyds. Joining him was the firm’s well respected vice chair of global financial sponsors Saba Nazar, and investment banking managing directors George Close-Brooks and Peter Bell. BoAML will also act as joint global co-ordinator and joint bookrunner alongside Goldman Sachs and KKR’s capital markets team. Goldman’s co-head of investment banking Anthony Gutman and co-head of UK equity capital markets Phil Raper – who was also a judge at last year’s City A.M. awards – are among those working for Goldman. KKR will have its in-house capital markets team overseeing the deal, a rare entry for them into the UK equity market. US-based Ed Law and UK-based Mark Danzey are leading the KKR team. Nomura is co-lead, led by ECM managing director Ken Brown.