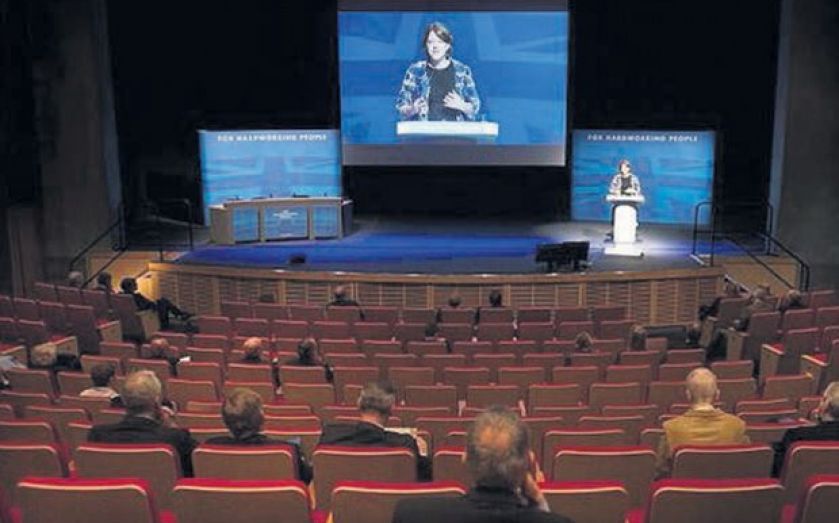 THE CONSERVATIVE party conference shuddered to a halt yesterday, with weary MPs trudging away from Manchester, dreaming of promotion or survival in the forthcoming cabinet reshuffle.

But full credit to one female party member who refused to take off her coat while passing through the airport-style security on the way to hear David Cameron’s speech yesterday morning.

Her reason? “I’m only wearing knickers and a bra underneath.”

At least she bothered to listen to the PM’s policy-light speech, which was more than most journalists managed. When hacks insisted on asking Craig Oliver, Downing Street’s Head of Communications, about completely separate topics he plaintively asked whether “anyone has any questions about the speech?”

Just a few hours later Oliver was mistaken for a ticket inspector on the train from Manchester to London.

Meanwhile, culture secretary Maria Miller, facing the axe, found herself shunted to a small auditorium for her keynote speech – which was then attended by just a couple of dozen dozing delegates.