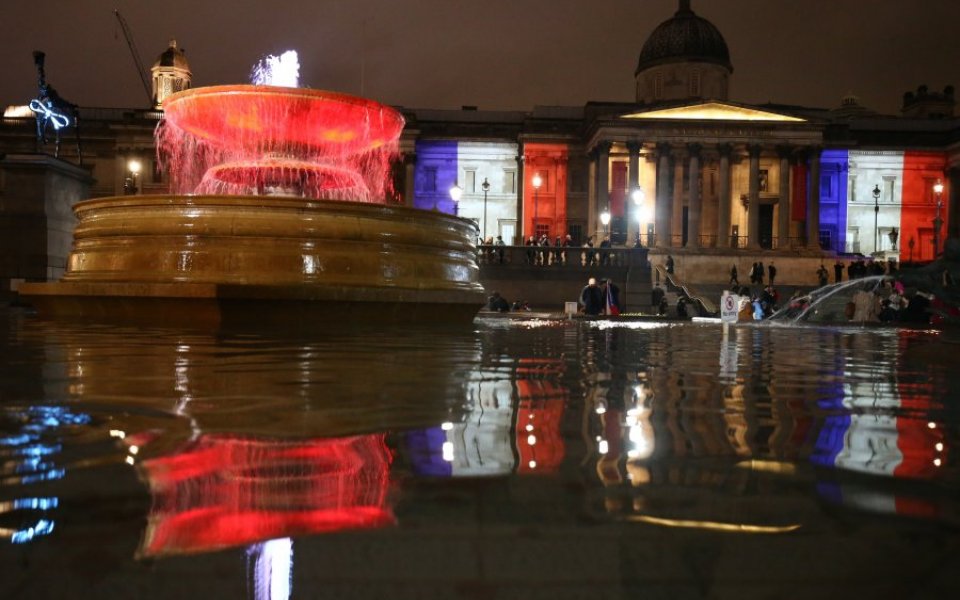 Thousands of people attended a silent vigil in Trafalgar square held for the victims of the terrorist attacks in Paris which left more than one hundred people dead.

Londoners gathered in the capital next to the National Gallery which was lit up in the red, white and blue colours of the French flag, as were the fountains of Trafalgar Square. 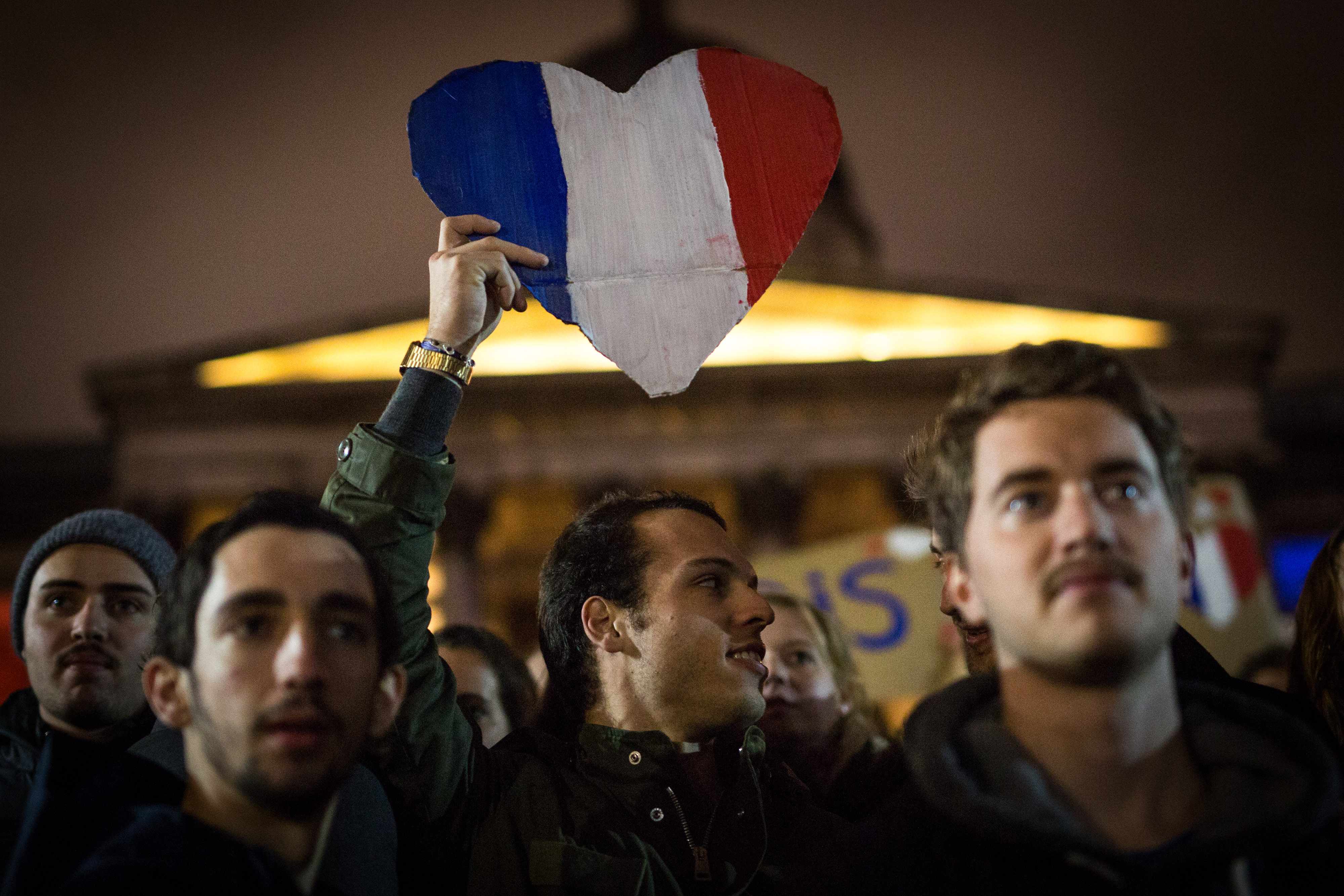 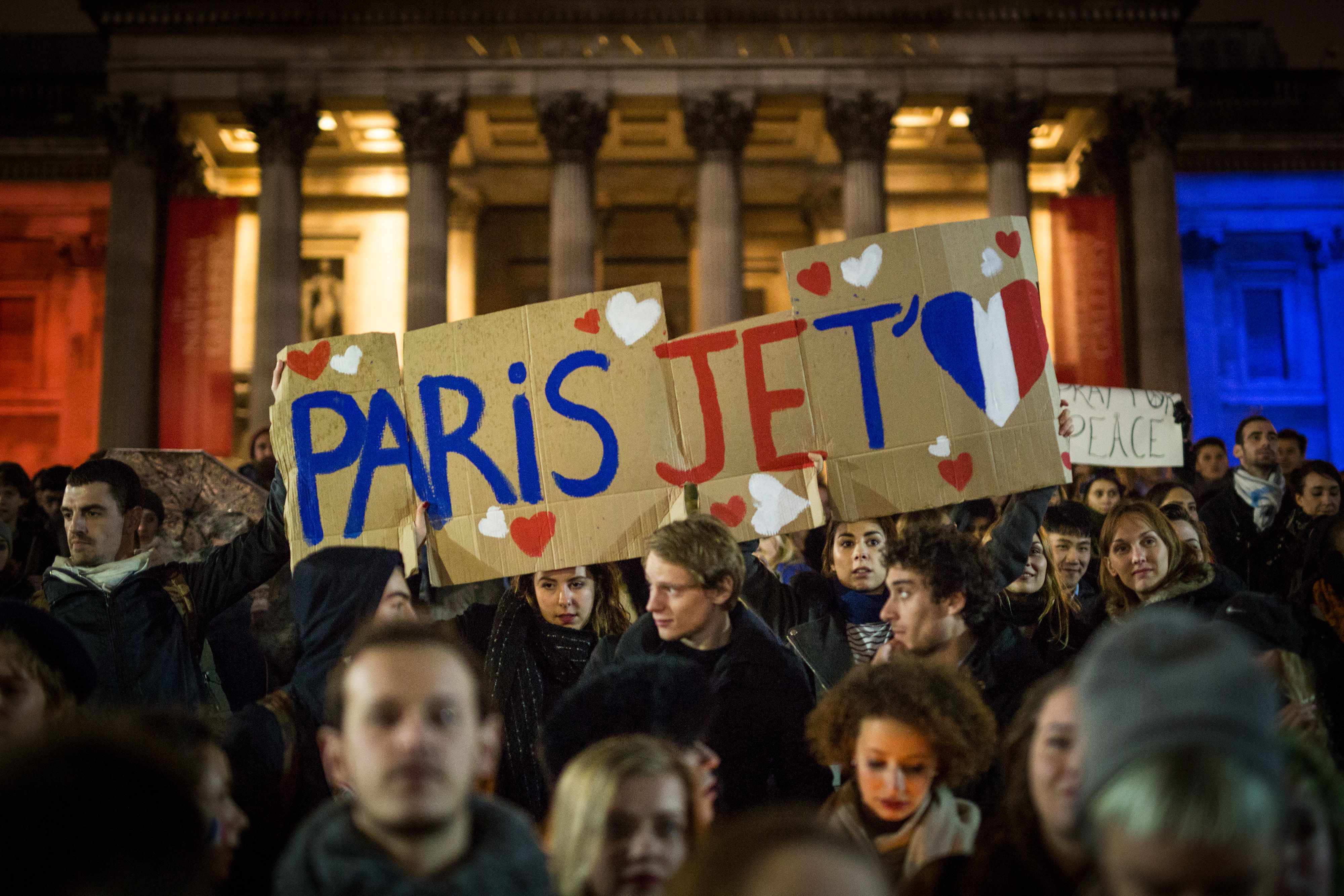 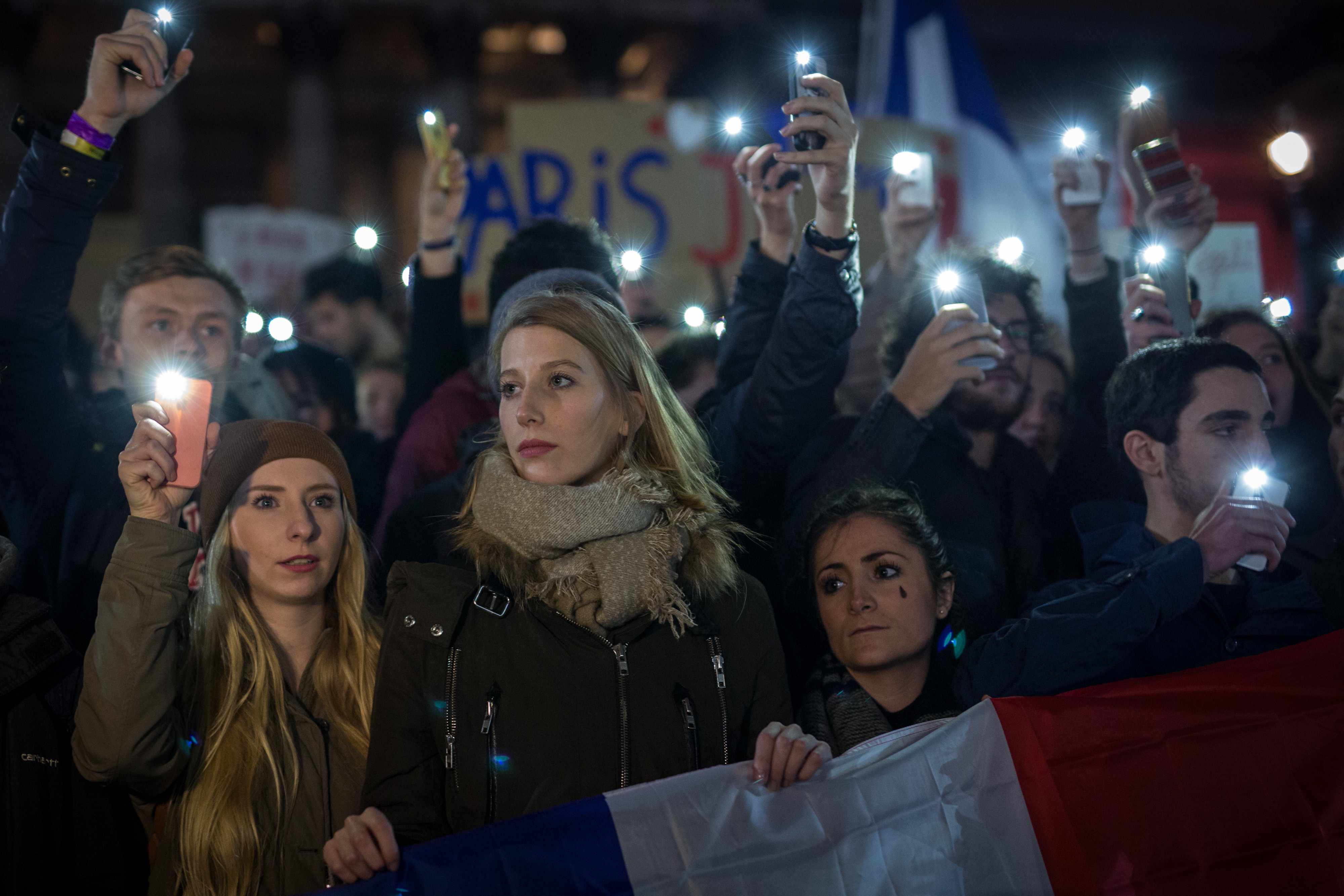 Several famous landmarks across the capital were also illuminated, including the London Eye, Tower Bridge and Wembley Stadium. 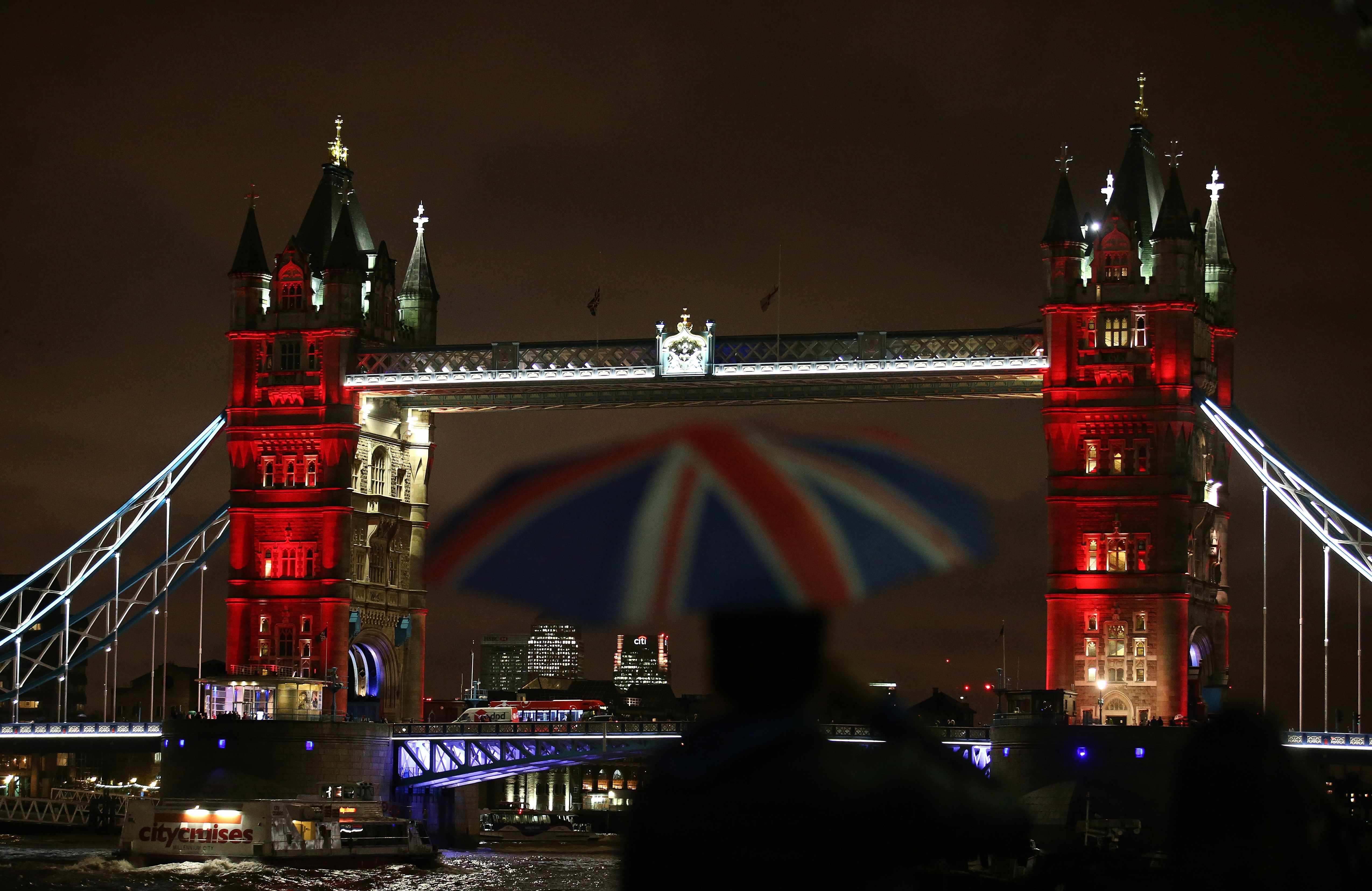 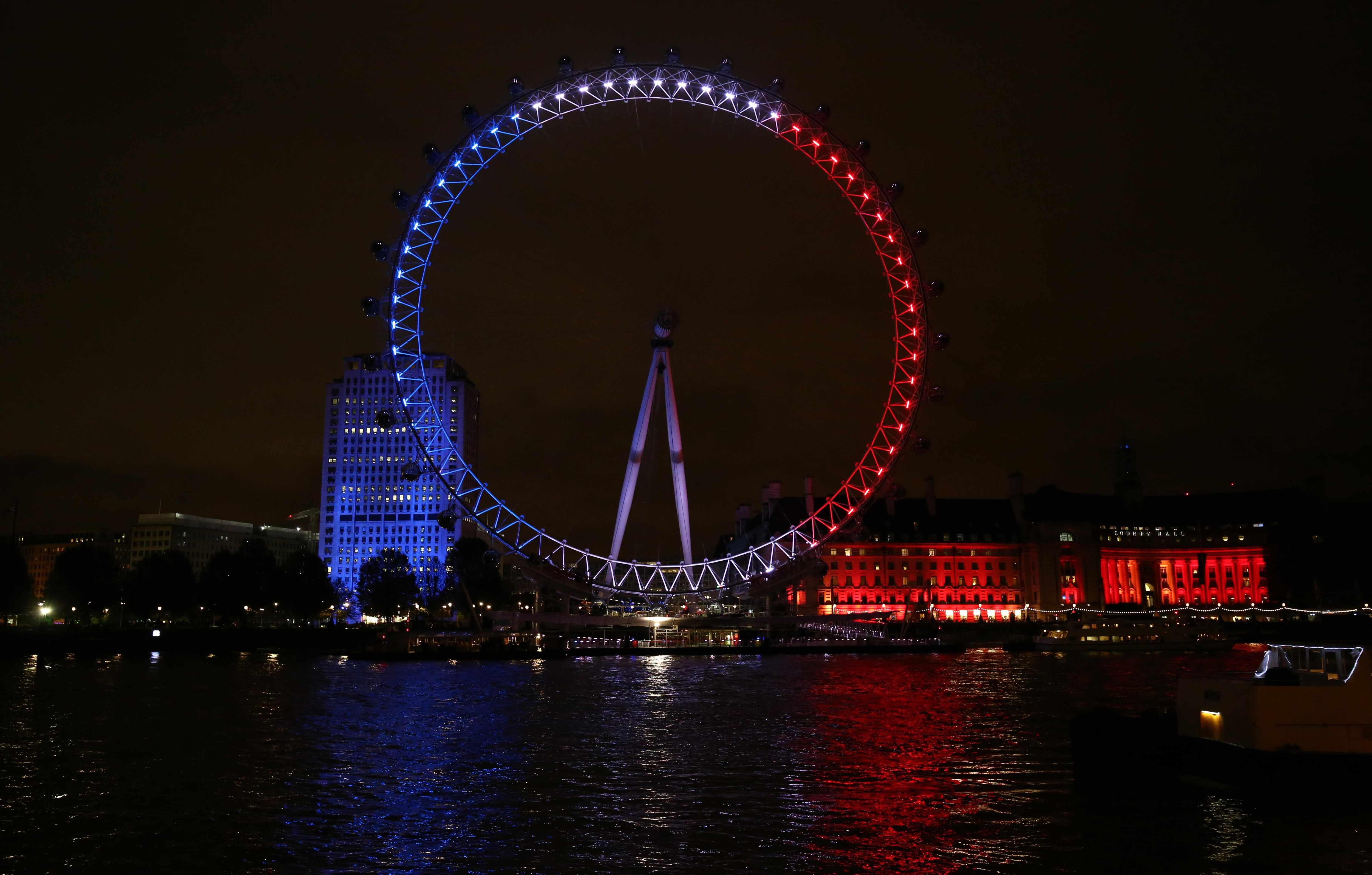 Around the world, monuments were illuminated with the tricolour, including the Sydney Opera House, Brandenburg Gate ibn Berlin and One World Trade Centre in New York.