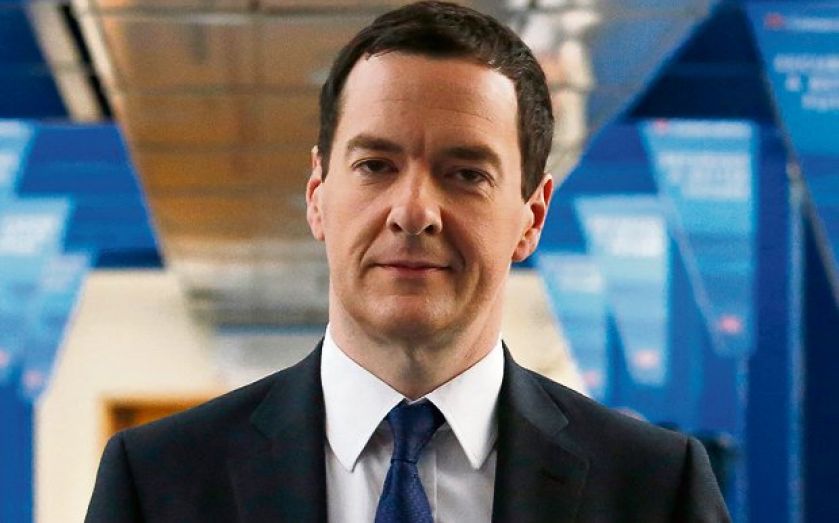 David Cameron has handed chancellor George Osborne and his Treasury colleagues the unenviable task of picking through statistics which led to the UK being landed with a £1.7bn bill from Brussels last week. The Prime Minister openly refused to pay the £1.7bn bill yesterday, which is backdated to 2002 and has been calculated by EU body Eurostat following changes to the way each nation’s gross national income (GNI) is worked out. The UK has been hit by the strength of its charity sector, which has not been taken into account in previous years, according to European experts. Osborne has been asked to go through the figures “in exhaustive detail”, the Prime Minister’s spokesman confirmed last night. He will not receive help from external agencies or any City businesses. The chancellor will look at the consistency of statistics submitted to Eurostat and why the number remains a projection and is not set to be confirmed until after the payment deadline of 1 December. The Prime Minister is most concerned about the scale of the payment demanded, which in previous years has been much lower. Yesterday he gave an impassioned speech in the Commons ruling out paying the massive bill. “Britain will not be paying €2bn to anyone on 1 December, and we reject this scale of payment. We will be challenging this in every way possible. We want to check how the statistics were arrived at and the methodology that was used; we will crawl through this in exhaustive detail,” he said. In response, Labour leader Ed Miliband raised questions over when the Prime Minister and chancellor were made aware of the bill, after it emerged that the UK agreed months ago to look again at the way GNI is calculated in the EU, knowing the nation could face an increased payment as a result. EU budget commissioner Jacek Dominik confirmed that Treasury officials were made aware of the payment on 17 October, but it is thought a junior civil servant failed to pass on the news to the chancellor or his staff. “Nobody in Europe or the UK had their political radar switched on when it came to the size of this bill,” Pawel Swidlicki, research analyst at think tank Open Europe, told City A.M. last night. He added that some changes to the GNI figures have been held back until next year, including the impact of prostitution on the UK economy, which will likely see the bill faced by Britain pushed even higher. Eurosceptic Conservative MPs largely backed the Prime Minister’s strong stance yesterday, but Tory MP Bob Neill warned that members want to see action taken quickly over the size of the demand. A speedy resolution may be tricky for Cameron, however, following news that Jeroen Dijsselbloem, the Dutch finance minister, told a political TV show that his country will pay its €642m bill if the figures are correct. This will come as a blow to the Prime Minister, who had hoped the other three EU nations also facing large bills would stand firm and refuse to pay. The UK faces a £225m fine from Brussels if it fails to pay up, which would run annually until the disagreement over the £1.7bn bill was resolved.