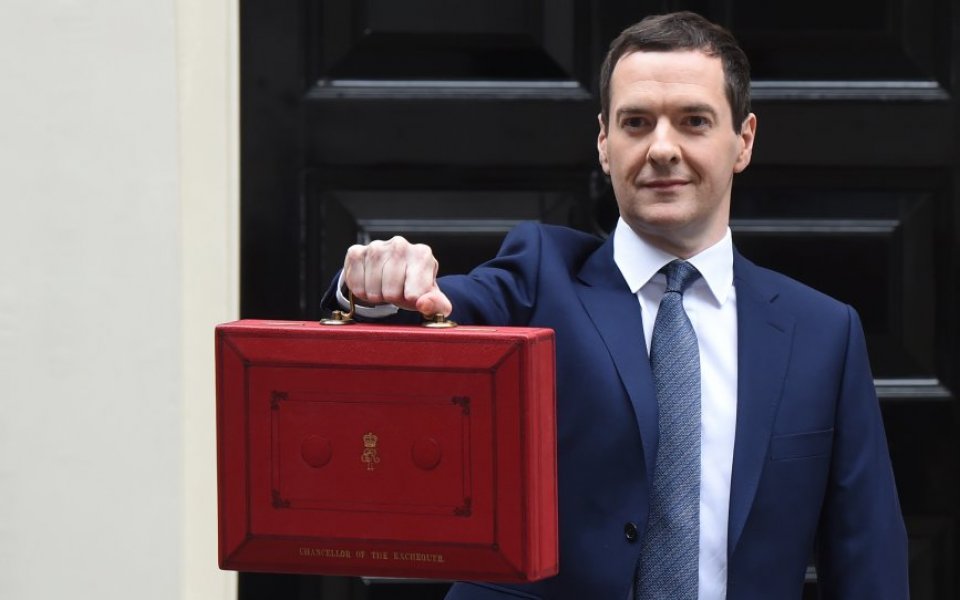 Former pensions minister Steve Webb made headlines earlier in the month by claiming that abolishing Britain’s current system of pension tax relief could be George Osborne’s “’Gordon Brown’ moment” (referring to the latter’s notorious tax raid on occupational pensions in 1997). Now a director at Royal London, Webb pulled few punches in outlining what he perceived to be the risks of abandoning the current system. It would certainly raise large sums of money for the Treasury, he said, “but the damage done to pension saving would be incalculable, as pensions are once again seen as a convenient pot for cash-strapped chancellors.”

Why are we talking about this now? Last year, the government launched a consultation on whether the way pensions saving is incentivised in Britain is fit for purpose. Many expected Osborne to move in the Autumn Statement in November, but no reform was forthcoming. This means the Budget next month is highly likely to include the results of that consultation and some potentially very radical changes to pensions tax relief.

So what could the changes entail? And what can you do to prepare in advance?

Why is the government looking to reform pensions tax relief? Are pensions just a “convenient pot for cash-strapped chancellors”?

A. Partly. The current system is expensive for the government, as it forgoes income tax upfront in order to incentivise long-term saving. For 2013-14, one estimate has put the net “cost” of tax relief at £35.2bn, though such figures are disputed. Given how stubborn the deficit has proven, the chancellor may see this as low-hanging fruit, especially if he can justify trimming reliefs for higher earners on the grounds of “fairness”. And as auto-enrolment contribution rates are set to increase in the coming years, he is also perhaps preparing for an influx of new money into personal pensions. “The costs of pensions tax relief already outweigh the defence budget,” says Jason Hollands of Tilney Bestinvest, “and are on a glide path to ratchet up further due to auto-enrolment”.

Some view pensions tax relief as a subsidy for the rich. Is this fair?

A. No. Letting people keep more of their own money is not a subsidy. But more importantly, higher earners receive more tax relief because they pay more tax. In the current system, you get relief at your marginal rate of income tax (if you pay 20 per cent income tax, you get 20 per cent relief on contributions, pay 40 per cent, get 40 per cent), and while you can take 25 per cent of the final pension tax-free, you still have to pay income tax when you withdraw the rest. As higher earners will probably have more in their pension than lower earners, they’re also more likely to take a larger income and therefore pay 40 per cent tax on withdrawals. So the relief is deferred income tax, not a subsidy, although it is possible to get 40 per cent relief on the way in but only pay 20 per cent tax on the way out. As the box-out below explains, higher earners and those with larger pensions are already being penalised in any case.

Potential cuts to tax relief are not the only headwind for savers. The chancellor is also introducing measures which will hit the amount that higher earners can contribute into their pension each year (the annual allowance) and which will penalise those with large pension pots.

Everyone has an annual allowance, which is simply the amount you can contribute into a pension each tax year and receive tax relief (it is currently £40,000). The system is about to get a lot less generous for higher earners, however. Called the “taper”, for every £2 you earn above £150,000, your annual allowance will fall by £1. So someone earning £210,000 every year will only be able to contribute £10,000 into their pension annually and receive tax relief. Treasury calculations suggest the move will save the government £1.28bn in 2020-2021.

The lifetime allowance is being cut too – from £1.25m to £1m. This has been bitterly opposed by many in the pensions industry. If the value of your total pension savings breaches this limit, you will have to pay punitive rates of tax on the excess. Importantly, the value of your pension will include not just your contributions and any tax relief, but also investment gains.

Are there other reasons for reforming pensions tax relief?

A. Yes. There is a debate about whether the current system is optimal for incentivising saving. “The vast majority of people do not understand tax relief as it is currently expressed. They don’t value what they’re being provided with,” says Malcolm Small, executive chairman of The Retirement Income Alliance. As part of research feeding into its response to the government consultation on possible changes, Fidelity found that “tax relief on savings does not drive people to save, but it does have a role in influencing where people save.”

So what is wrong with pension relief as it stands? Partly, the UK tax system itself is too confusing. “It’s like a giant Jenga game, with unintended consequences if you change one part of it. It’s just beyond complex, with all the reliefs and exemptions that are in there,” says Small. “Pensions tax relief is pretty complicated at the moment – for anyone to get their head around it, they have to be a qualified professional, good at maths, or very interested in the subject,” says Nick Hungerford, chief executive of Nutmeg.

Hungerford hypothesises that a simpler system could be a win-win for the Treasury and savers. But it would require a change of language – a shift away from percentage reliefs to the simpler terminology of “matching” (i.e. if you pay in £3, the government will give you £1). “By simplifying and standardising the tax code, you could see both no reduction in revenue for the Treasury and higher pension contributions,” he argues.

What will the chancellor do at the Budget?

A. It is possible that he will choose what Small calls “the nuclear option”: getting rid of upfront tax relief entirely and making pensions work more like Isas. Although you wouldn’t get your contributions topped up, any investment income within the pension would remain untaxed and you wouldn’t have to pay anything on withdrawals (hence why this is known as the Pension Isa). Isas are untarnished by some of the historical scandals that have affected pensions, and are therefore trusted by most consumers.

Sounds radical. Is this likely?

A. Most think not. The problem is that Britain would have to run two pension systems in parallel for individual people for decades. Everyone who had contributed under the old system would need to have their money tracked so that they could be taxed on it when they made withdrawals – an administrative nightmare for the Treasury, pension providers and savers. “Unless the government could find a way of converting current savings, running two systems is untenable,” says Carolyn Jones, head of proposition at Fidelity. She adds that there is a “fundamental mistrust of future governments” among the public, which could depress pensions savings rates. This is the point Webb was making in his Gordon Brown moment speech.

If not the nuclear option, then what?

A. Most in the investment industry think the chancellor will replace the current system with a flat rate of pension tax relief – probably set somewhere between 20 and 30 per cent. “A move to a flat rate of tax would be acceptable to most,” says Hollands, “but the quid pro quo we would like to see accompanying this would be an abolition of the lifetime allowance.” The planned tapering of the annual allowance for higher earners should also be dropped, he says (see box-out above). “High earners still need to make adequate pension provision, so it is very unfair that they should be in a worse position than others.”

Richard Parkin, head of pensions at Fidelity, adds that, if the system is made too unattractive for higher earners and they stop saving into pensions, some pension funds may find it difficult to continue operating. “There are fixed costs to running a pension fund, and richer people cover a lot of them because everyone’s charged the same percentage fee on their investments.”

I currently get 40 per cent tax relief on pension contributions. Would I lose out from a lower flat rate?

A. Yes, compared to the status quo – but pensions would likely remain more attractive than other savings vehicles. First, assuming the chancellor doesn’t abolish it, you will still be able to take 25 per cent tax-free at retirement. Second, if you only withdraw enough money so that you pay basic rate income tax in retirement, you will remain a net winner from the pension system. Calculations from Fidelity show that a 40p taxpayer, getting 25 per cent tax relief on contributions, would still gain on net so long as they only paid basic rate income tax in retirement. “Twenty-five per cent is just about bearable to keep higher earners interested in pensions,” says Parkin. If you paid 40 per cent tax in retirement, however, you would lose out.

And what if the government abolishes the 25 per cent tax-free too?

A.That is a risk, and pensions would suddenly look very unappealing. Parkin thinks it is unlikely, however. “For as long as I remember, the government has mooted the idea of removing the tax-free cash. They fly the kite and then it gets shot down. From our research, the one element of tax breaks that is really understood by the public is tax-free cash. So removing it altogether would be political suicide.”

What should I do now?

A. Contribute as much as you can before the end of the tax year on 5 April. “It would make sense to use up your full pension allowance in the current tax year,” says Sarah Lord of Killik & Co. Aside from preparing for whatever changes might be announced in the coming Budget, Lord cites a quirk in the system arising from the chancellor’s Summer Budget last year. “Irrespective of the amount contributed prior to the Summer Budget, it is possible to contribute a further £40,000 gross before the end of the tax year. This is a one-off opportunity that only applies for the current tax year.” If you’re looking to maximise contributions now, also remember that, if you didn’t fully use your annual allowance from the previous three tax years, you can “carry forward” any unused portions into this year.

A. The government has said that reform of pensions tax relief is intended to incentivise “more people to take responsibility for their pension saving so that they are able to meet their aspirations in retirement”. Britain is moving away from a paternalistic system in which government and employers ensure that people have enough money to live off to one in which the responsibility lies with the individual. On top of the abolition of the requirement to buy an annuity, reform to tax relief will arguably place the onus on people to make sufficient contributions (rather than rely on government top-ups). “The message is freedom and choice,” says Small. “It’s not really good enough for people not to engage with their long-term savings. To an extent, this will be a wake-up call for people to get interested.”