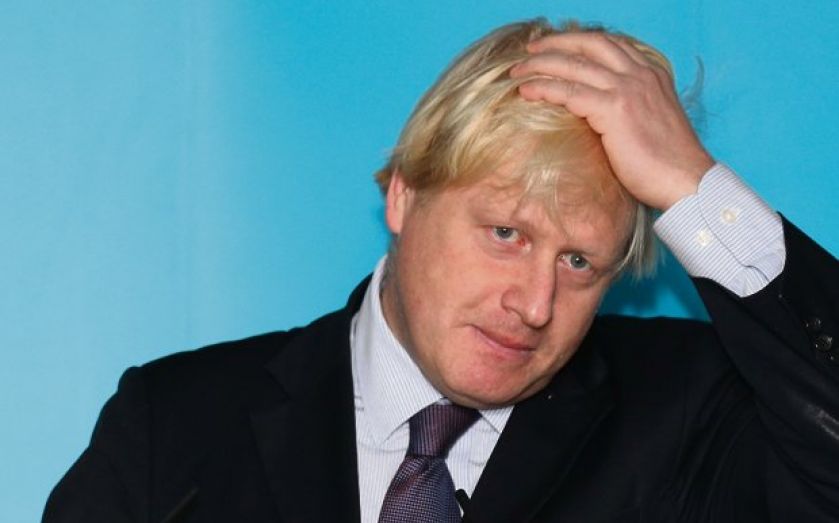 CHANCELLOR George Osborne has distanced himself from comments made by Boris Johnson on low IQ and economic success. In an interview yesterday, the BBC’s Andrew Marr asked if Osborne shared the Mayor’s thoughts on equality, adding: “Boris Johnson said we can’t have equality because so many of us have IQs below 80, and that’s bad for the species. Do you share his language about this or not?” The chancellor replied: “I would not have put it like that. I don’t agree with everything he said. “I think there is, actually, increasingly common agreement across the political spectrum you can’t achieve equality of outcome, but you should be able to achieve equality of opportunity. You should give everyone, wherever they come from, the best chance, and, actually, education is the key to this.” Osborne is the first top Tory to speak out against the comments, made by Johnson during a Centre for Policy Studies (CPS) lecture last week. In his speech, the mayor covered a wide range of different topics from education to HS2 and Crossrail. “Whatever you may think of the value of IQ tests, it is surely relevant to a conversation about equality that as many as 16 per cent of our species have an IQ below 85, while about two per cent have an IQ above 130,” he said. “I don’t believe that economic equality is possible; indeed, some measure of inequality is essential for the spirit of envy and keeping up with the Joneses that is, like greed, a valuable spur to economic activity.” Labour’s Ed Balls said: “The idea that greed is good and the poor are poor because they are stupid is a pretty outdated set of views.” Nick Clegg called Johnson’s comments “unpleasant, careless elitism”. Ryan Bourne of the CPS said: “The simple point that Boris was trying to make is that absolute equality is not achievable, not least because people have a whole range of varying attributes. When combined with luck, these determine many people’s outcomes.”