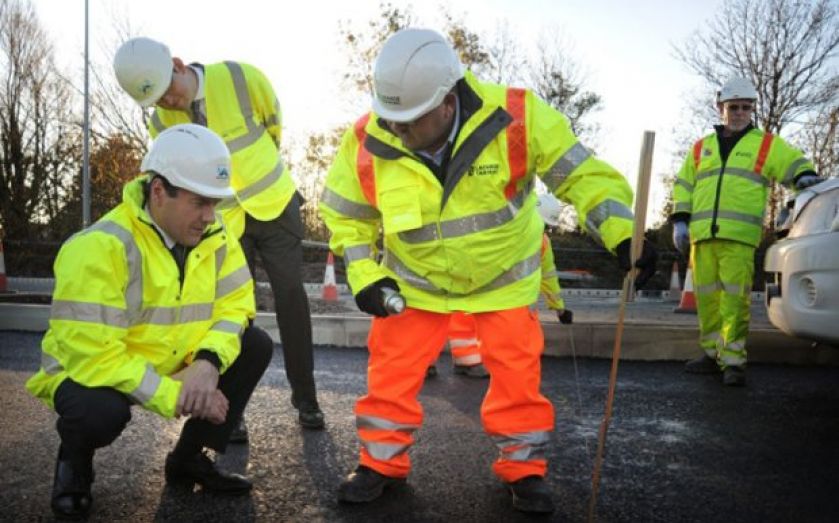 Chancellor George Osborne will today unveil plans to build a tunnel under historic landmark Stonehenge, as he sets out how £15bn will be spent to overhaul British roads. The announcement marks the end of a long-running battle for a tunnel at the site, after plans were dropped seven years ago because of cost. Deputy prime minister Nick Clegg will unveil the plan alongside Danny Alexander and Tory transport secretary Patrick McLoughlin. The Liberal Democrats and the Conservatives have divided up the pre-Autumn Statement announcements this week, ahead of the chancellor’s final fiscal address of this parliament before the general election. “Roads are key to our nation’s prosperity. For too long they have suffered from under-investment,” McLoughlin is expected to say this morning. “This government has a long-term plan to secure the country’s future and this £15bn roads programme is demonstration of that. Better roads allow us to travel freely, creating jobs and opportunities, benefiting hardworking families across the country,” he will add. The Stonehenge project will please business group the CBI. The organisation’s leader John Cridland described the move as “a lifeline for businesses in the south west.” Although the transport plans have been widely welcomed, Labour has accused the government of repackaging an old announcement after plans for the scheme were first announced in the Budget earlier this year. “If ministers were as good at upgrading roads as they are at making announcements about upgrading roads, life would be considerably easier for Britain’s hard-pressed motorists, who have been consistently let down by this government,” shadow transport secretary Michael Dugher said yesterday. Alongside the planned tunnel at Stonehenge, Clegg will also visit the Woodhead Pass across the Pennines today, where he will reveal plans to increase the capacity of the road. Ministers are setting out 84 new road schemes, many of which are in the north of England. One-third of M25 junctions will also benefit.