Ollie Phillips: Hard to look past pedigree of Leinster and Saracens for Champions Cup glory 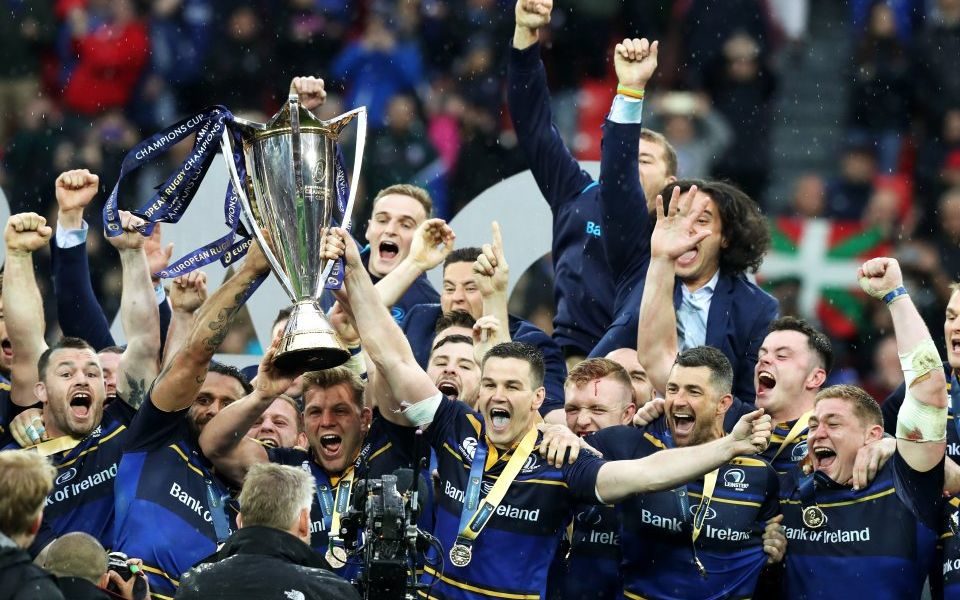 Exeter have been consistently challenging Saracens for top honours in the Premiership over the last few years, but they have yet to really translate their domestic form into European competition.

The Chiefs’ game-plan has been undermined in the Champions Cup and coach Rob Baxter will need to add new strings to their bow this season.

In the Premiership they are ruthless. Every time they enter the 22 they come away with points. They wear teams out with their power game.

They are immensely effective on home turf, but opening up against Munster this weekend will test their mettle.

Exeter have started the Premiership season really well with six successive wins, but Saturday's game at Sandy Park is a step up and they will need to offer a bit more.

Exeter Chiefs need to translate their form in the Premiership into the Champions Cup (Source: Getty)

The Chiefs have shown when they joined the Premiership previously that they are capable of evolving their game.

They have now had a taste of top-level European rugby, so this could be the season where they kick on, despite a difficult Pool 2 which contains Munster, French champions Castres and an inconsistent but exciting Gloucester.

It’s an exciting time for Irish rugby and Leinster and Munster start the Champions Cup as two of the top sides.

I think Leinster’s Champions Cup win last season and Ireland’s triumph in the Six Nations were linked; they displayed the consistency between club rugby and the national side, which is perhaps lacking in England.

The domestic competition is geared up to helping Ireland produce a strong side. The big occasions in the Champions Cup feed into hardening the country’s biggest stars.

Ireland fly-half Jonathan Sexton is one of many stars on show in the Champions Cup (Source: Getty)

Leinster’s Jonathan Sexton and Munster’s Conor Murray, for example, have been protected in the league in order to build up for the Champions Cup. It’s the pinnacle of the club game and it shows in Ireland.

It’s not just about the established players though with youngsters like Joey Carbery coming through.

The exciting 22-year-old back will be looking to put some big performances in for Munster against the best Europe has to offer in order to challenge Sexton for a place at next year’s World Cup.

Defending champions Leinster are the big fish in Pool 1, which also contains a newly-galvanised Toulouse and two English sides in Wasps and Bath.

European rugby at The Rec is fantastic, but Bath have won just two of six Premiership fixtures so far and haven’t found rhythm yet.

Wasps, meanwhile, will be eyeing an opportunity to perhaps finish second behind Leinster and pinch one of the three best runners-up spots. If they can get something tomorrow it would be huge for them.

Saracens, who won the competition in 2016 and 2017, will be happy with their draw in Pool 3 alongside Glasgow, Lyon and Cardiff Blues and I think their pedigree and squad depth will see them through as winners.

Elsewhere, Racing 92 are favourites in Pool 4, with their vast cash reserves equipping them with a quality side. Leicester, who face Ulster first up, are still settling down under Geordan Murphy but are proving so hard to call.

Saracens have been the outstanding side in European rugby for the last three seasons (Source: Getty)

Newcastle are going to struggle in Pool 5. The Falcons are bottom of the Premiership with one win so far and I don’t think Dean Richards’ side have the depth to compete against the might of Montpellier, while Edinburgh and Toulon are also tough opponents.

I love the Champions Cup. It’s absolutely brutal – there is no place to hide and there are no whipping boys.

While both Exeter and Munster could cause an upset in the latter stages it’s difficult to look past Leinster and Saracens for the title. However, I also think Montpellier and Racing 92 have invested in their squad and can challenge this year.