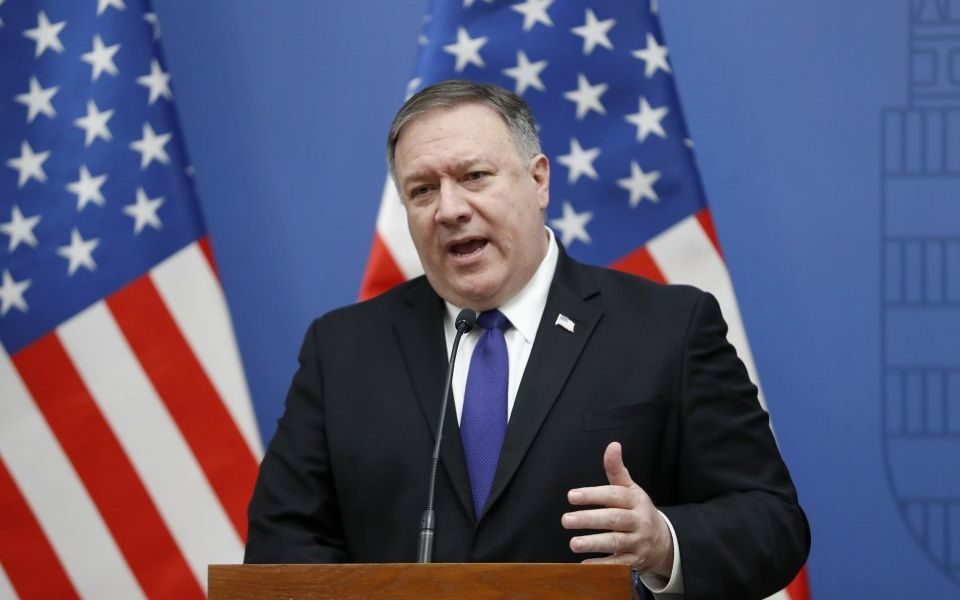 The price of crude oil climbed over three per cent today following the announcement by the US government that it will end exemptions from Iranian oil sanctions that it granted to countries such as China, India and Japan.

Secretary of state Mike Pompeo said today that Saudi Arabia and the United Arab Emirates (UAE) will increase supply to keep prices stable, but a rising oil price could cause political problems for President Donald Trump, who has recently demanded that prices be lowered.

The news pushed the price of benchmark Brent crude to its highest level since the start of November 2018. It reached $74.51 (£57.39) before falling back slightly.

The US reimposed sanctions on Iran’s oil exports in November 2018 after it tore up the Iran nuclear deal agreed in 2015 under President Barack Obama. The deal had lifted ongoing penalties imposed on Iran in exchange for promises to limit its nuclear activities.

However, in an attempt to keep oil prices stable it granted waivers to eight countries who could keep buying Iranian oil for a six-month period, which will end in May.

Countries that are currently allowed to import Iranian oil despite US sanctions will face penalties if they continue to do so after May, Pompeo said today.

The secretary of state said the decision to end the waivers is part of an attempt to halt Iran’s exports of oil entirely.

“We’re going to zero… across the board,” Pompeo said in a press conference today. “Any nation or entity interacting with Iran should use its diligence and err on the side of caution. The risks are simply not going to be worth the benefits.”

Pompeo said the US had “used the highest possible care in our decision to ensure market stability”. He said the United States had “been working with major oil-producing countries to ensure the market has sufficient volume to minimise the impact on pricing.”

“Both the Kingdom of Saudi Arabia and the United Arab Emirates have assured us they will ensure an appropriate supply for the markets,” the secretary of state said.

Earlier today, Trump Tweeted: “Saudi Arabia and others in OPEC will more than make up the Oil Flow difference in our now Full Sanctions on Iranian Oil.”

Saudi Arabia and others in OPEC will more than make up the Oil Flow difference in our now Full Sanctions on Iranian Oil. Iran is being given VERY BAD advice by @JohnKerry and people who helped him lead the U.S. into the very bad Iran Nuclear Deal. Big violation of Logan Act?

However, a rising oil price triggered by a reduced oil supply due to sanctions could pose difficulties for Trump, who last month Tweeted: “Very important that OPEC increase the flow of Oil. World Markets are fragile, price of Oil getting too high. Thank you!”

Very important that OPEC increase the flow of Oil. World Markets are fragile, price of Oil getting too high. Thank you!

He said: “Oil prices have already marched to fresh 2019 highs on this development and are likely to stretch higher, as this headline adds further to the already tightening supply of oil in the markets.”

“The fundamental themes in favour of higher Oil prices are clearly stacking up their dominoes, with OPEC-led supply cuts, geopolitical tensions in Libya and possible sanctions on Venezuela all fueling concerns over further supply disruptions,” he added.