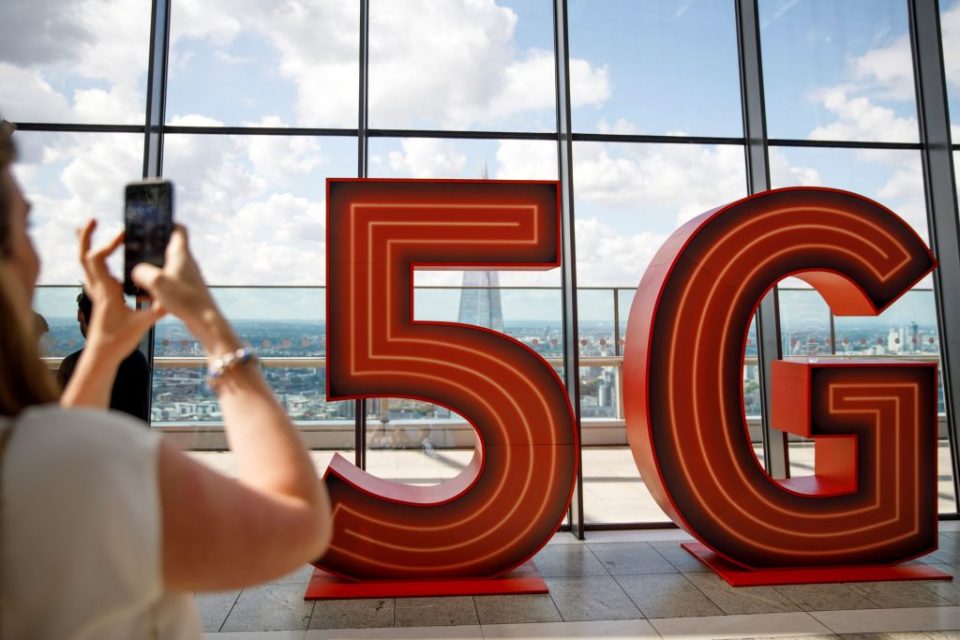 Shares in BT and Vodafone pushed higher today after the mobile networks secured bargain deals in the latest auction of 5G airwaves.

Regulator Ofcom this morning said that it had raised £1.4bn from the sale of additional capacity to support 5G mobile coverage.

The figure was well below analyst forecasts, leaving the telcos with more money to invest in infrastructure to roll out their networks.

All four of the UK’s major mobile networks bid and won a portion of the offering, with all the proceeds to be paid to the Treasury.

Telecoms analyst Paolo Pescatore described the auction as a “perfect outcome for all parties, except for maybe the UK government that hoped to raise much needed funds to reduce its burgeoning debt”.

Peter Grimmond, head of technology for EMEA at Veritas Technologies described the prices as a “steal”.

“UK operators will be able to increase spectrum by over 22 per cent as a result of today’s auctions and, at a cost of only £1.36bn, are likely to have the money in the bank to accelerate investment in the backend infrastructure required to deliver much greater capacity,” he said.

The auction will now move to the assignment stage, where the companies will bid for the frequency positions they prefer for the airwaves they have secured in the principal stage.

Ofcom’s spectrum director Philip Marnick said: “With bidding in the principal stage concluded, we now move to the next stage of the auction where the operators will have an opportunity to negotiate the position of their spectrum holdings in the wider band.

“This is an important step forward in bringing better mobile services to people – wherever they live, work and travel. These airwaves will help improve coverage for the mobile services people use today, as well as supporting the UK’s position as a world leader in 5G.”

Pescatore added that people should “expect to see some haggling behind closed doors” in the assignment stage, adding: “Fingers crossed this new spectrum can be used by the summer.”

“This demonstrates Telefonica’s continued commitment to the UK market and the very best connectivity for our customers. We are delighted with the result, which secured the right spectrum at a fair price”, he said.

Ahmed Essam, chief executive of Vodafone UK, said:  “This auction will boost our 5G network capacity. It means we will have the spectrum we need to further the roll-out of 5G to our customers, bringing high speed connectivity and opening up new opportunities for products and services.”

Three boss Robert Finnegan said the company was “delighted” with the outcome. “This triples the amount of low frequency spectrum we own and will have a transformative effect on our customers’ experience indoors and in rural areas.”