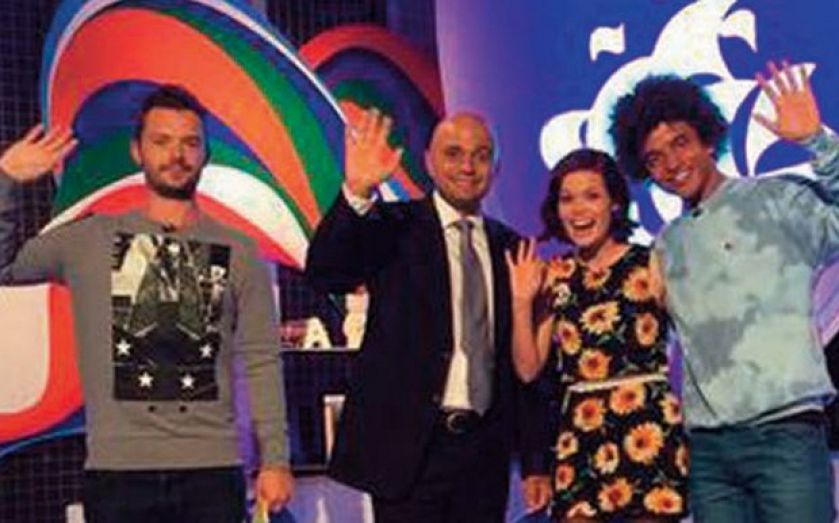 The Rt Hon Member of Parliament for Bromsgrove and UK Secretary of State for Culture, Media & Sport Sajid Javid is no luvvie. Not a bit of it.

However, when it comes to reliving his childhood, he’ll jump at the opportunity.

Yesterday, Sajid was doing a tour of TV studios, as you do, taking in the Coronation Street set and the BBC’s swish new head­quarters in Salford, Media City.

He wasted no time in tweeting: Living out my childhood dream at Blue Peter…” So far, so here’s one I made earlier.

Unfortunately, poor Sajid had to add: “Wasn’t allowed a badge though”.

Of course you weren’t, Sajid. The rules state clearly that you only get one for sending an interesting letter, email, story, picture, poem, a good idea for the programme, or for having appeared on Blue Peter.

You might be a Secretary of State, but rules are rules…