Nick Clegg almost gets it right on drug policy 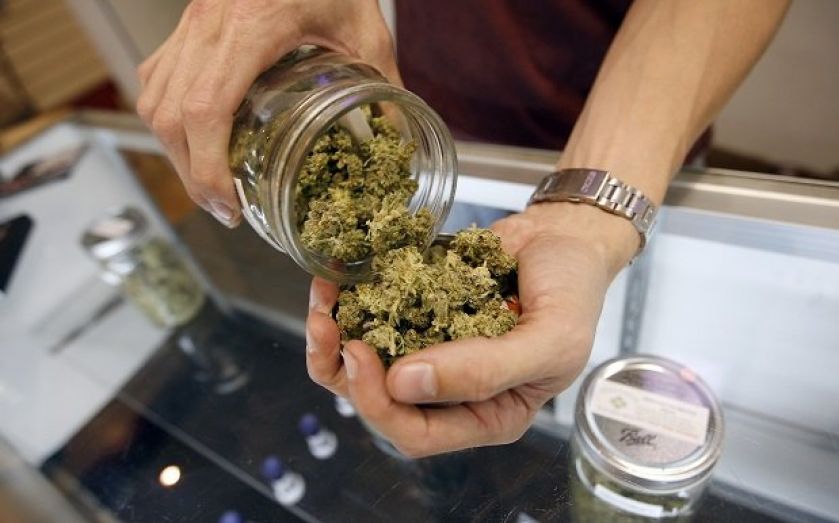 Earlier this month, speaking to The Sun newspaper, deputy prime minister Nick Clegg made a bold statement on Britain's drug policy: "At the moment, we are doing an utterly senseless thing — chucking the people who need treatment behind bars so they simply become even more vulnerable to the criminal gangs who exploited them in the first place." Meanwhile, his fellow Liberal Democrats have vowed to scrap prison sentences for possession in its 2015 general election platform — a move that drug reformers will surely appreciate.

The tax waste and discriminatory nature of drug-related arrests have been well known for years now, but what is most disappointing is that the so-called War on Drugs has woefully failed at accomplishing its goal of decreasing omnipresence of narcotics in society. Study after study agrees that the purity and availability of all most popular drugs have either risen or remained stable while prices have significantly fallen. In Europe, for example, the average price of opiates and cocaine decreased respectively by 74 per cent and 51 per cent between 1990 and 2010. One in 11 adults in the United Kingdom have taken illicit substances in the past year in the UK, and the number jumps to 18.4 percent for the age group 16 to 24. More than one-third of Brits has taken drugs at least once in their lifetime with significant increases in the use of LSD and Ketamine in the previous year.

It doesn’t have to be this way. Portugal provides a successful example of a country embracing a policy of treatment rather than imprisonment for drug users. In 2000, the Iberian country decriminalised the possession of all drugs to great success. As one Cato Institute study by Glenn Greenwald explains, previous to decriminalisation “the most substantial barrier to offering treatment to the addict population was the addicts' fear or arrest.” Once decriminalisation made the option of treatment more widely available in Portugal, the number of addicts seeking treatment jumped from 6,040 users in 1999 to 14,877 in 2003 — an increase of almost 150 per cent. As a result, the number of newly reported cases of HIV and AIDS among drug addicts has declined substantially every year since 2001.

The evidence from the continent is clear: drug decriminalisation gives addicts a second chance to change their habits and relaxes the criminal justice system’s strain on the taxpayer. It is no secret that prisons are a breeding ground for developing dependence on stronger substances. By embracing decriminalisation in the UK, the government could stop putting troubled Brits in an even more perilous that could turn them on to harder drugs than those they were sent to jail because of in the first place.

While Clegg is spot on that the UK should focus on rehabilitating addicts rather than destroying their lives in the prison system, he stops short of endorsing full decriminalisation. While minor changes in drug sentences like Clegg supports would certainly be an improvement over the status quo, it will not reap the same positive results as full decriminalisation as seen in Portugal.

However, Portugal is not the only example of a government successfully relaxing drug policies. Across the pond, the state of Colorado in the United States legalised marijuana recreationally this year to similar success. Earlier this month, the first study on the market demand and size in Colorado was published showing the great potential the marijuana market has in terms of revenue that it brings. Crime rates in the state have also been falling after the marijuana legalisation, with a drop of three per cent in the first six months of 2014 compared to the same period of the previous year.

Although full legalisation is not the step Clegg and his party are willing to stand behind just yet, it might provide a good starting point for future discussions on the legality of marijuana as well as other non-violent drug offenders. Soon enough, the success of pioneering governments like Colorado and Portugal have had by embracing legalisation and decriminalisation will be too hard for Clegg and other European politicians to ignore.