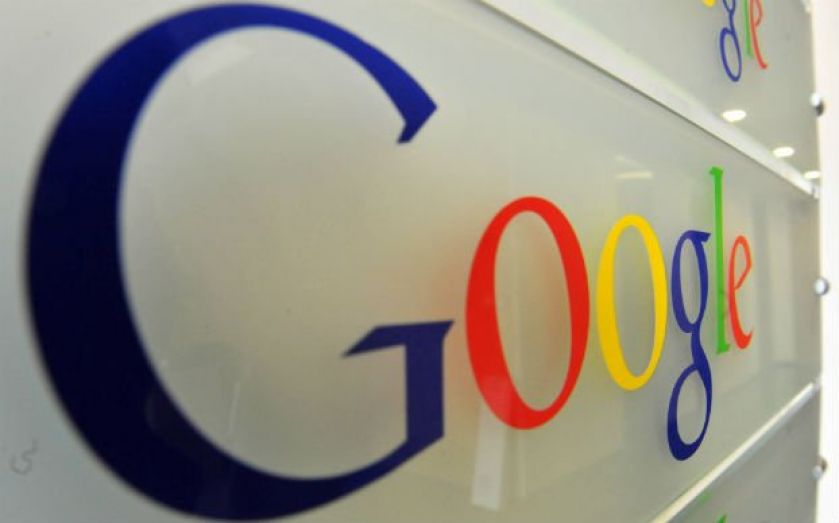 News Corp has told the EU it believes Google is stifling competition and undermining the business model of “content creators” in its dominance of internet search.

The Rupert Murdoch-owned company, which publishes the the Times, the Sun, the Wall Street Journal and book publisher Harpercollins lambasted Google in a letter to the EU’s competition commission which is investigating the search company’s dominance in Europe.

The letter, from News Corp chief Robert Thompson to Joaquin Almunia, the EU’s competition commissioner, accuses Google of “egregious aggregation of content” that undermines publishers and drives traffic and revenue back to Google rather than companies.

The company has evolved from a wonderfully feisty, creative Silicon Valley startup to a vast, powerful, often unaccountable bureaucracy, which is sometimes contemptuous of intellectual property and routinely configures its search results in a manner that is far from objective…

The shining vision of Google’s founders has been replaced by a cynical management, which offers advertisers impressively precise data about users and content usage, but has been a platform for piracy and the spread of malicious networks, all while driving more traffic and online advertising dollars to Google…

This development reflects the exponential evolution of Google from a company that is “open” to one that is selectively closed and willing to exploit its dominant market position to stifle competition.

The letter was written in response to a proposed settlement between Google and the EU in which Google would avoid a billion-dollar fine by displaying the search results of rivals more prominently.

However the five year settlement, first announced in February, has yet to be agreed and Almunia has warned it may drag on beyond his term as commissioner which ends in October.

Your decision to reconsider Google’s settlement offer comes at a crucial moment in the history of the free flow of information and of a healthy media in Europe and beyond. There is no doubt that the case is one of profound significance for many media companies in Europe but also for the people of Europe, whose ability to access information, independently and meaningfully, is put at risk by the overwhelming power of Google.

The company has evolved from a wonderfully feisty, creative Silicon Valley startup to a vast, powerful, often unaccountable bureaucracy, which is sometimes contemptuous of intellectual property and routinely configures its search results in a manner that is far from objective.

News Corp has significant interests in Europe, including The Times, The Sun and The Wall Street Journal Europe, and a network of local language business newswires, as well as the HarperCollins book publishing business.

We are not a small company, and we do use Google products and partner with the company on various projects (it would be impossible not to given the scale and influence of Google) but our cherished content is vulnerable to exploitation. Benefitting significantly from the efforts and investments of others, Google must do more to ensure that rights are respected and that its powerful search platform is not abused to eliminate competition.

While there are many, many honorable and thoroughly professional individuals working at Google, we have learned not to be naïve about the company.

The shining vision of Google’s founders has been replaced by a cynical management, which offers advertisers impressively precise data about users and content usage, but has been a platform for piracy and the spread of malicious networks, all while driving more traffic and online advertising dollars to Google.

A company that boasts about its ability to track traffic chooses to ignore the unlawful and unsavoury content that surfaces after the simplest of searches. Google has been remarkably successful in its ability to monetize users, but has not shown the willingness, even though it clearly has the ability, to respect fundamental property rights.

Sudden changes are made to the ranking and display of Google search results, which inevitably maximise income for Google and yet punish small companies that have become dependent on Google for their livelihood.

Meanwhile, in recent months, Google has developed a “certification” process for Android-related products which allows it to delay or deny content companies and other businesses access to the mobile operating system, while giving itself the freedom to develop competing products.

This development reflects the exponential evolution of Google from a company that is “open” to one that is selectively closed and willing to exploit its dominant market position to stifle competition.

It is worth pausing for a moment to contemplate how the world of content has evolved, and why five years is an eternity in internet time.

Virtually every newspaper in Europe is in the midst of upheaval, and some will surely not exist five years from now, in part because of their own flawed strategy and lack of leadership, but also because the value of serious content has been commodified by Google.

The uniqueness of news sites has been undermined by aggregation of content which transfers the front page to the Google home page. Readers have been socialized into accepting this egregious aggregation as the norm. The second phase of aggregation is that of the audience.

By tracking readers and exploiting its dominance in online advertising, Google is commodifying the audience of specialist publishers and limiting their ability to generate advertising revenue. Data aggregators attempt to sell audiences at a steep discount to the original source, for example, access to 75 per cent of The Wall Street Journal demographic at 25 per cent of the price, thus undermining the business model of the content creator. This process is at a relatively early stage and needs constant monitoring to ensure that abuses are halted and that there is a fair return for newspapers, publishers and other investors in original content.

Clearly this habitual appropriation of content and audiences does serious commercial damage, but there is also a profound social cost. The internet should be a canvas for freedom of expression and for high quality content of enduring value. Undermining the basic business model of professional content creators will lead to a less informed, more vexatious level of dialogue in our society. There will be no shortage of opinions, in fact, opinions will proliferate, but they will be based on ever flimsier foundations. The quality of discourse will inevitably deteriorate and the intemperate trends we are already seeing in much of Europe will proliferate.

Internet idealism” is used by Google and certain other digital companies as an injudicious justification for inappropriate business practices. Specifically on search, there is clear evidence that Google systematically diverts users away from relevant sites to its own related sites for commercial reasons.

Google’s illustrious founders, Larry Page and Sergey Brin, sagely stated that “since it is very difficult even for experts to evaluate search engines, search engine bias is particularly insidious”. Unfortunately, Google no longer heeds that wisdom and warning (a search for “insidious” quickly lead to pirate sites where the film of that name can be viewed illegally). With video, Google routinely displays YouTube results at the top of its search pages, even if YouTube is not the original source of that content – the reason for that bias is that YouTube gets a cut of the revenue and takes income away from the company or person who created and posted that video.

We genuinely respect the sincere and arduous work that you have undertaken on the case, but our close examination of the proposed remedies suggests that they will not resolve existing problems yet alone deal with fast-developing challenges that will inevitably become serious issues over coming years. The company’s power increases with each passing day, so to allow it five years to fashion the future of content and to abuse its dominance in search would be a mistake of magnitude. Google will certainly be the winner, and among the losers will be those who create content and, undoubtedly, the people of Europe.

As you continue the investigation, we would be delighted to share with your team our expertise and experience in search and on other matters related to the Google case. We can provide both detail and context that would lead to a fuller understanding of the short and long-term consequences of the Commission’s profoundly important decision.

Thank you for your serious consideration.