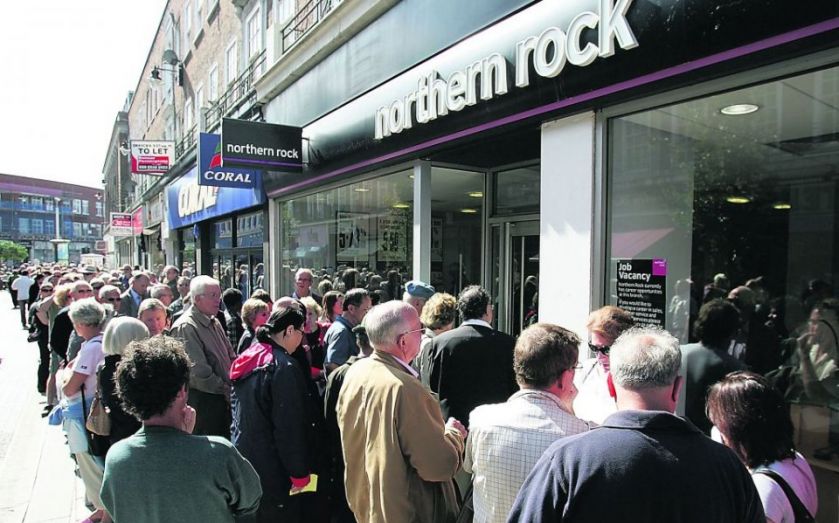 The former directors of the Bank of England (BoE) have come under heavy fire after minutes of meetings from the time of the financial crisis released today revealed it suffered from a lack of transparency as well as “groupthink”.

“The Bank appears to have been a very hierarchical organisation, with clear signs of ‘groupthink’ among its leadership,” said Andrew Tyrie, the  chairman of Parliament’s Treasury Select Committee.
“The executive rarely acknowled­ged possible weaknesses in its views or, other than grudgingly, admitted that it might have been unprepared for the crisis.”
The Bank’s officials also appeared to be behind the curve on the financial stability threats to the economy.
The 113 pages of minutes of Bank Court meetings from July to December 2008 contain one mention of RBS, none of HBOS, and none of Lloyds.
At the time, the BoE was headed by Mervyn King. Stark warnings on the economy from Danny Blanch­flower, a former monetary policy committee member, did not even get a mention. Earlier in 2008, Blanchflower gave a speech outlining both his own concerns and those from US policy makers. He quoted US Federal Reserve minutes: “Some participants expressed concern that falling house prices and stresses in financial markets could lead to a more severe and protracted downturn in activity than currently anticipated.”
He told City A.M.:“I gave this speech in April 2008 and it’s published in the Bank of England’s quarterly bulletin. The court doesn’t even discuss it. This groupthink went on and nobody noticed this grand recession coming.”
King’s recollection appears to be less frustrated than Blanchflower’s.
“It was great fun and fascinating to work with you during the crisis, despite the fact that we were dealing with really serious problems,” he said to ex-Federal Reserve chairman Ben Bernanke in a recent BBC interview.
The release of the minutes came as part of a new set of policies to increase transparency at the policy making institution.
As well as the BoE’s hierarchy, the “tripartite” structure of financial reg­ulation that involved the
Treas­ury, the BoE and the Financial Stability Authority (FSA) came in for criticism.
“The minutes reveal that the Bank executive completely reversed its position on the Tripartite framework: at the start of the Northern Rock crisis the Court was told by the Bank executive [and by the-then Chairman of the FSA] how well it was working. Soon, though, it was told that tensions were evident. But before long the governor was telling the Court that the tripartite arrangements were ‘not sufficiently workable or relevant to managing a crisis.’ The executive did not give a full explanation for this transformation in view,” Tyrie said.
The tripartite system has since been reformed and minutes of Court meetings are published soon after meetings take place.

WHO WAS ON THE COURT OF THE BANK?

The Court of the Bank of England is its equivalent of a company’s board.
But while its directors are now drawn predominantly from the financial services sector, the members before the crisis had more varied backgrounds.
Sir Brendan Barber was the secretary general of the Trades Union Congress.
Peter Jay is a journalist and former civil servant, as well as an ex-Labour Party adviser, and David Potter is a technology entrepreneur. However, Lord Myners has had a long career in the City, as well as a swathe of public posts heading inquiries and working as City minister.
And Dame Amelia Fawcett was a leading banking executive, and now heads the Hedge Fund Standards Board.
None of the ex-members of the Court pictured commented on the publication of the minutes.
Share:
Tags: Bank of England